Why Miami’s Run Game Suffers vs. The 3-4 Defense 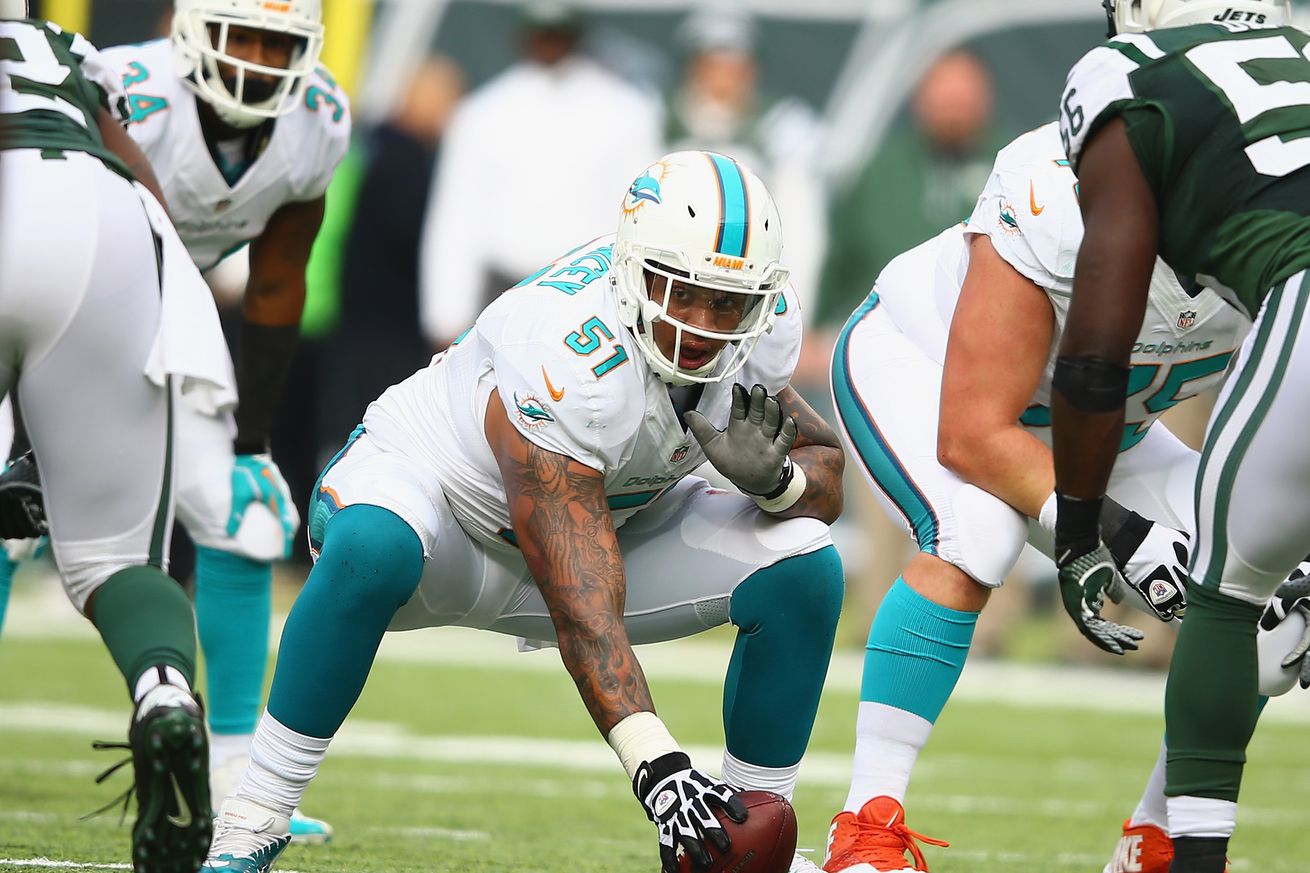 It starts in the middle.

I am going to preface this article with: A) The fact that the 3-4 Defense, is a more effective counter to the Zone Blocking Scheme than the 4-3 Defense. B) The rise of the Zone Blocking Scheme in the NFL is what permeated the rise of the 3-4 defense in the NFL. C) This is, in part, is why Miami struggles to run the ball vs. a 3-4 front. The Jets are a perfect example. and... D) The largest reason they struggle is because of their prized Center.

Pouncey loses to Nose Tackles... almost all of them.

This isn’t exactly Mike Pouncey’s fault. And it isn’t due to injury either. He hasn’t been able to stand up to 1 vs. 1 Nose Tackle matchups his whole career. Just ask Vince Wilfork. Mike Pouncey’s game is to get out onto the perimeter or get into the second level and decimate a linebacker. Pouncey has extraordinary athleticism for a 290lb man. But pit him in a 1 vs. 1 situation with: Dontari Poe (343), Vince Wilfork (335), or Muhammad Wilkerson(320) and Pouncey is going to lose on brute strength alone.

He just isn’t the kind of center that can win up the middle against that kind of power. And giving him help, means adjusting every protection call to where it leaves the offense vulnerable elsewhere. Take a look at what I mean: 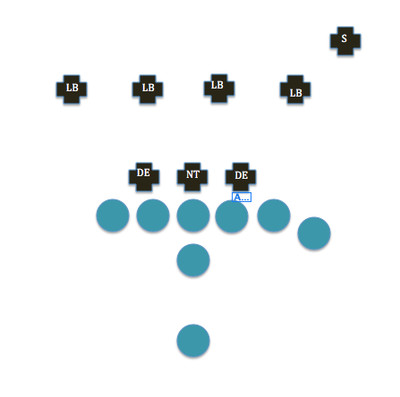 If the center can hold their own matchup against the Nose Tackle, the OG’s and OT’s are free to double a DE or climb to the second level on a linebacker. However, if the OG has to help the center hold the NT off, then you’re looking at having to have the OT compensate to the DE and the backside OLB is going unblocked or being blocked by your Slot WR. Even against 21 personnel you don’t really want to leave a backside OLB alone on a Tight End, let alone the slot guy. Essentially, if the center is losing every matchup solo, every running play has to be a well executed play by design. There really won’t be a cut back option for the running back. And that is what is currently happening to the Miami Dolphins when they face a 3-4 Defense.

Again, part of this is by design...

The 3-4 is meant to trap the pulling guards and centers inside force them to win with power. If you’re built as an athletic Zone Blocking Line, then the line is probably going to lose against what amounts to 3 DT’s on the field at one time. A 3-4 defense is made to attack with speed and power from the linebacker spot as well. That is why plays either seem to go nowhere, or break really big against them. For example, Jay Ajayi Caught the Pittsburg Steelers by surprise early in the season and popped off a few really big plays to amass 200 rushing yards. And what happened in the playoffs? Smothered.

Interior OL is a relative weakness vs. relative strengths

Most NFL teams playing in a 3-4 have at LEAST one star on the DL. Whether that is a NT like Poe or Wilkerson, or a DE like J.J. Watt, a team playing a 3-4 usually has one. As explained, Miami’s interior OL “one” is Mike Pouncey, but for inverse reasons to why he would match up well against a premier Nose Tackle. Bushrod and Steen are nobody’s at this point in their careers. One an aging vet, the other an UDFA, made backup, made starter. They are going to perform poorly against most 3-4 teams on most occasions.

The Ravens give a number of “Hybrid” looks. They have been a multiple 3-4/4-3 front as long as I can remember (just ask Madden). And at times, most of them actually, the Ravens have given Miami fits. Currently they own an 4-1 record against Miami since 2010. 2-0 when in Baltimore. 1-0 against Gase. The Ravens also currently hold the 32nd ranked run defense. If Miami is going to buck the trend up front against Baltimore, this would certainly be the time to do it, they are allowing an average of 145 rushing yards per game. Yikes.

Why Miami’s Run Game Suffers vs. The 3-4 Defense