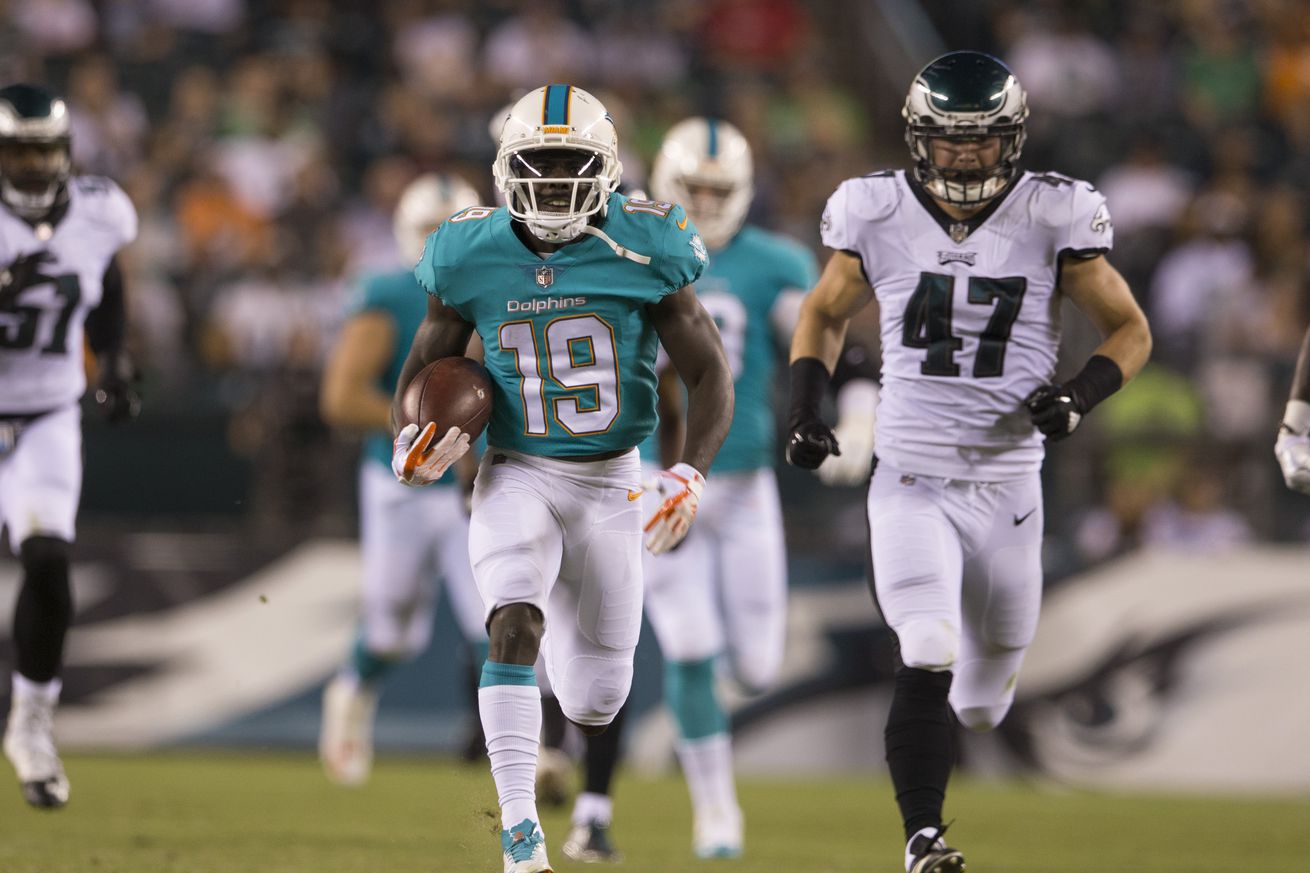 The Miami Dolphins have one preseason game remaining, with the 2017 regular season starting two weeks from today. After 75 percent of the preseason schedule has been completed, we are starting to get a better idea of how the regular season 53-man Roster could look come the team’s Week 1 meeting with the Tampa Bay Buccaneers.

It’s Me – Chapter 8
Sex on Your Period – Reasons to Do It
WordPress Website Customization: Best…
Top 4 Solutions to Track an iPhone by…
Best French Press Travel Mugs for Tas…

This afternoon, we take an updated look at the Dolphins’ roster and attempt to predict how the coaches will build the regular season version of it when roster cuts are due. Will there be a surprise player who makes the 53-man roster? Will a veteran be left off?

Here is our prediction after the third preseason game:

Analysis: Neither Brandon Doughty nor David Fales have jumped out as needing a roster spot. Matt Moore is clearly the number two quarterback behind starter Jay Cutler.

Analysis: Initially, the group only included three players, but adding Perry to the roster seems to make sense. He has been working as a kick returner, and it frees up someone higher on the Depth chart from being on the field in that role. An argument could be made to flip Perry for Storm Johnson. Otherwise, Ajayi, Drake, and Williams are clearly the top three for the position group.

Analysis: This is one of the deepest areas on the team this preseason, so it seems likely it will end up being one of the deepest areas on the 53-man roster, plus the Practice Squad. The top five, Landry, Parker, Stills, Carroo, and Grant, seem locked into the roster. Stringfellow and Drew Morgan are the two likeliest to fill a sixth roster position - in this case, Stringfellow.

Analysis: Thomas and Fasano will take the top two spots. Gray has done enough to be worked onto the roster as the third option. Thomas Duarte and Chris Pantale are probably fighting for a practice squad position.

Analyis: To get a fourth running back on the roster, the offensive line group lost a spot. Tunsil, Steen, Pouncey, Bushrod, and James are the starting five at this point, through Davis is pushing Steen for that left guard spot. Sam Young appears to be the swing tackle, while Smith and Asiata provide depth options if needed. Jake Brendel got bounced off the roster and landed on the practice squad, giving Miami a depth center/guard if needed later this year. Avery Young picks up the same role on the outside.

Analysis: Wake, Branch, Hayes, and Harris are locks for the roster, with Fede being the question mark. He provides depth, but he could also be on the wrong side of the roster bubble. He makes it in this scenario, but that may not be a guarantee. Praise Martin-Oguike makes the practice squad as a developmental pass rusher.

Anlysis: Suh should be joined by Godchaux as the starters, with Phillips the primary reserve. Taylor likely provides the depth as the fourth defensive tackle, while Warmsley adds a defensive end/tackle depth option for both positions.

Analysis: Five linebackers should easily make the roster, with Alonso, Timmons, and Hull the likely starters, while Maualuga works himself into football shape and Hewitt provides depth. Reilly and Allen get the nod as the end of the group options right now, but those could change during the next two weeks. Deon Lacey makes the practice squad as a developmental option for the team.

Analysis: Another area of depth in the preseason for Miami, there could be some tough decisions at cornerback. Maxwell, Howard, and McCain have the starter positions, With Tankersley’s draft position likely making him the fourth option. The loss of Tony Lippett makes filling out the roster a little easier, but it does hurt the team’s talent level some. Verner gets selected to provide the Dolphins with some veteran depth. Keeping only five cornerbacks feels like it is too few, especially with the injuries Miami has seen as the position, but there are some hybrid type players at safety that can fill in if needed. Trying to stash Lafayette Pitts on the practice squad could be dangerous, leaving him open to poaching, but there is just no roster room in this scenario.

Analysis: Jones and Allen take the top two spots, while Thomas and Aikens should claim the two back up positions. They can play safety, give Miami some key special team capabilities. They also both have cornerback experience, either in games or, at least, practice, so the team has depth across the secondary with the two of them. The practice squad adds Maurice Smith, though A.J. Hendy could land that spot as well. The return of T.J. McDonald mid-way through the season will lead to some other decisions for the team.

Analysis: No real surprises here. Darr, Franks, and Denney all keep their positions from last year.