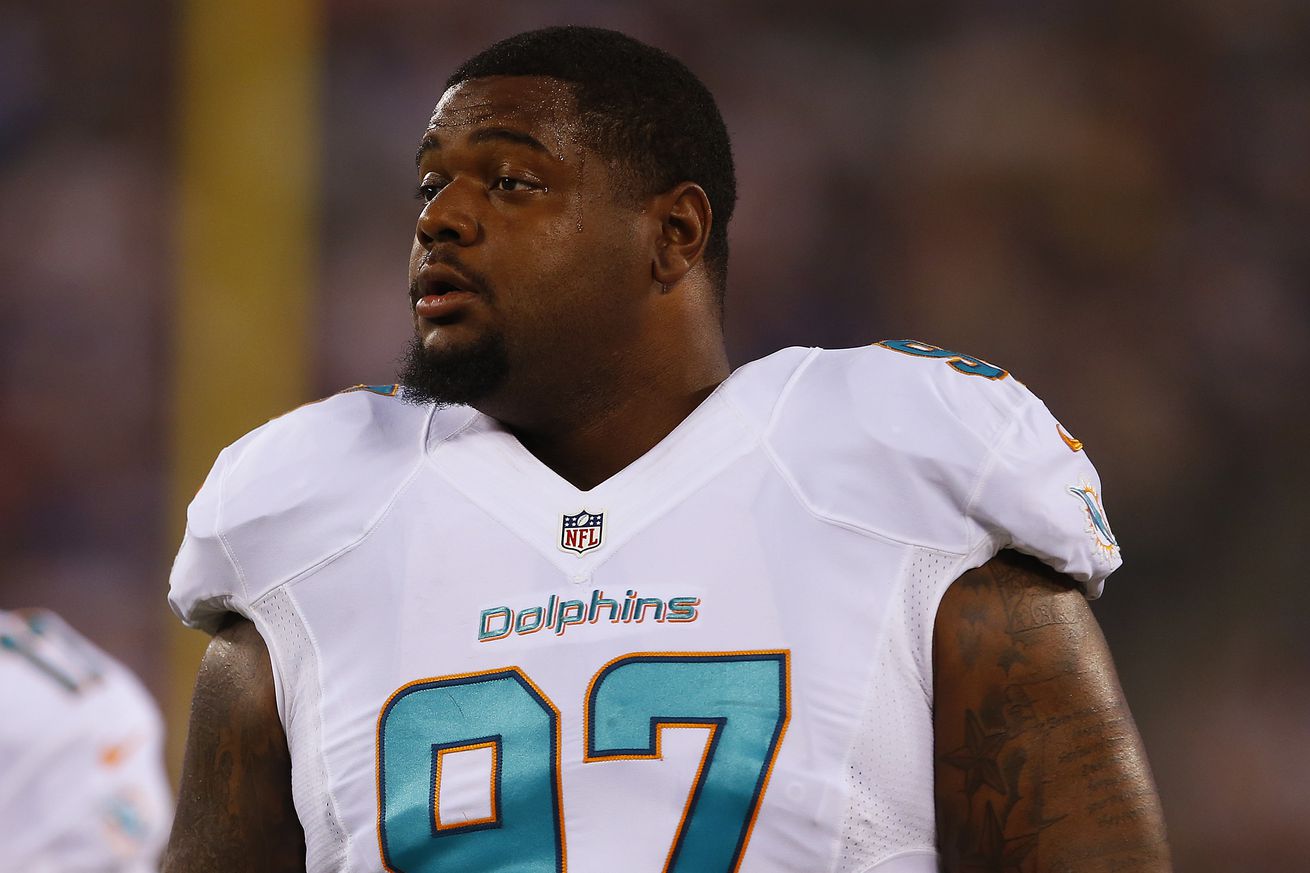 5th round rookie Davon Godchaux has been taking 1st team reps for several practices. High-stakes motivational tactic for Phillips or is the writing on the wall?

Jell-O is the only thing that has its consistency questioned more than Jordan Phillips. Talk to any mildly verbose Miami Dolphins fan, and you’ll hear the entire discussion on Jordan Phillips framed around that “C” word. Hell, I did it myself.

In the Miami Dolphins war room during the 2015 NFL Draft, or so the story goes, Mike Tannenbaum flexed his muscle to override then-GM Dennis Hickey: Tannenbaum wanted Phillips, Hickey wanted Ameer Abdullah. Truth is illuminated in hindsight, and if you’ve been paying attention to Training Camp thus far, you’d have every right to believe the pendulum is swinging in the favor of Hickey and Abdullah. Why? Davon Godchaux, a 5th round rookie, has been starting ahead of Jordan Phillips for several practices now.

Anyone remember the off-season story about the Miami Dolphins organization trying to “re-program personality traits”? The title might as well have been called “Jordan Phillips is taking plays off and it’s f***in’ annoying.” The breadth of the article centers on our back-flipping, insanely athletic defensive tackle - but it appears Mr. Phillips cannot shake the pre-draft scouting report on him: 1st round ability, questionable football character/motor. You see both sides to this story in the following 2 gifs:

Let’s contemplate for a moment, though. Adam Gase is a mad scientist when it comes to motivating his players. He knows when to put his arm around a guy, and he knows when to put heads on a spike (see: Dallas Thomas, Billy Turner 2016). The dilemma I’m facing is whether this is an elaborate motivational tool to see if Phillips can correct his “motor issues”, or whether Davon Godchaux is authentically outplaying Phillips. I saw consistency issues of his own, regarding Godchaux, but they were technique-based not effort-based. Again, you see 2 gif’s that show the ups and downs: crashing the party vs. being on the outside looking in.

This story depends on the football prism through which you see. Are you excited we may have found a 5th round gem? Do you believe Godchaux fell to the 5th round for a reason? Disappointed in Phillips’ investment return as a 2nd rounder? Believe the motivation will work and we’ll see a new man? Do they both fail? Both succeed? There are silver linings mixed with black clouds in this scenario, and we’ll know soon enough how to disentangle what’s happening at defensive tackle for the Miami Dolphins.

Jordan Phillips is still listed as the #2 DT on the depth chart on the official Miami Dolphins website. It just isn’t being reflected on the practice field.

Keith Carter and the Cloud of Mercy – Part 3 of 3