What Do the Miami Dolphins Have in Jordan Phillips? 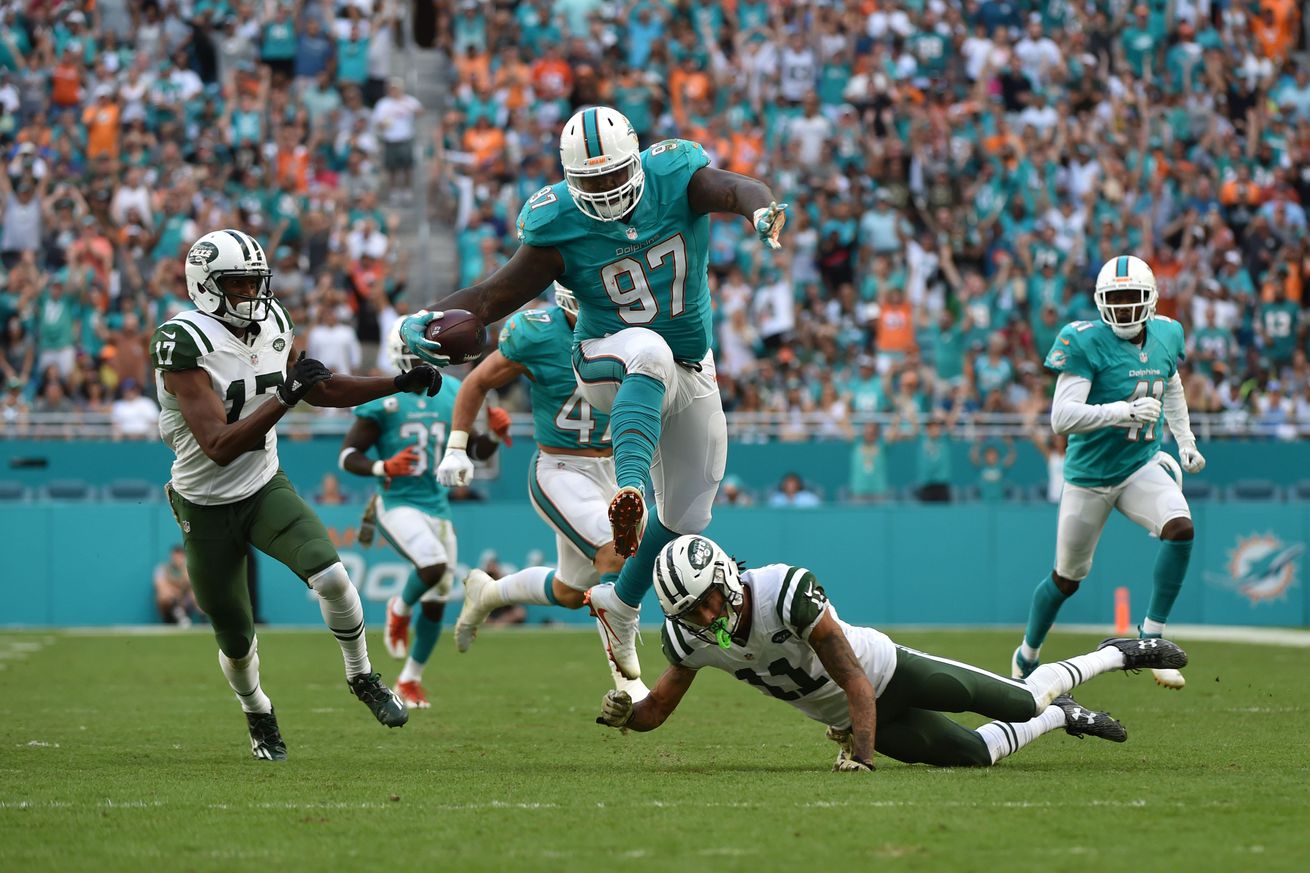 The 3rd-year player from Oklahoma has flashed. Can we count on it consistently in 2017?

"Phillips has first-round ability all over him. He can dominate at the point of attack. He controls the run game. He reminds me of Terrance Knighton. People question his football character, which is why he's being selected in the second round and not in the first."

I’ll make this quick and as painless as possible: the Miami Dolphins sucked against the run in 2016. In an interview with Adam Gase at the Annual Meeting on March 28th, he was asked by a reporter: What concerned you about the defense that you know has to be addressed to be better?

Gase’s response? Very first sentence: “We have to be better in the run defense.”

The additions of Lawrence Timmons and William Hayes improve the front 7, but remedying the run defense depends heavily on the development of one player: Jordan Phillips.

Yes, the 325ish-pound DT who can do a standing backflip. Yeah, that guy.

Adam Gase feels Jordan Phillips was headed in the direction at the end of the season. They need depth on DL in draft.

I don’t think anyone will deny the athleticism, it’s the consistency that keep doubters lurking - and the consistency is justifiably questioned. (We’ll see it in the tape in just a minute.)

He’s just one year away from the precious “contract year”, and Phillips is wise to start making his mark now. Not only are the Dolphins banking on his maturation, but also Phillips stands to make beaucoup dollars with 2 years of production (as opposed to 1).

Attacks the gap and gets inside leverage here, completely takes away running angle. pic.twitter.com/DSAa1q0xEU

Very next play, times the jump and gets the deflection. Again, quite athletic for a large human being. pic.twitter.com/TVGb8dZVGl

When his motor is on high, he shows light feet and great athleticism for a big man. Looks like he's on edge contain and reads play perfectly pic.twitter.com/8tLd0pXpZb

Here's some "meh" tape: gets blown off the line and out of the play. When he doesn't get low and/or tired, he can get pushed around. pic.twitter.com/VEPqgcI3j2

When he plays high and loses leverage, (turns away), I can’t even watch.

With the departure of Earl Mitchell, our DT rotation has already lost a body, not to mention I don’t believe it’s savvy to go DT in Round 1 this year in the NFL Draft. Of course, we could look at a Caleb Brantley or Malik McDowell, but I believe DE or LB is the sounder investment on Day 1.

What Do the Miami Dolphins Have in Jordan Phillips?