Could Dion Sims Be a #1 Tight End for the Miami Dolphins? 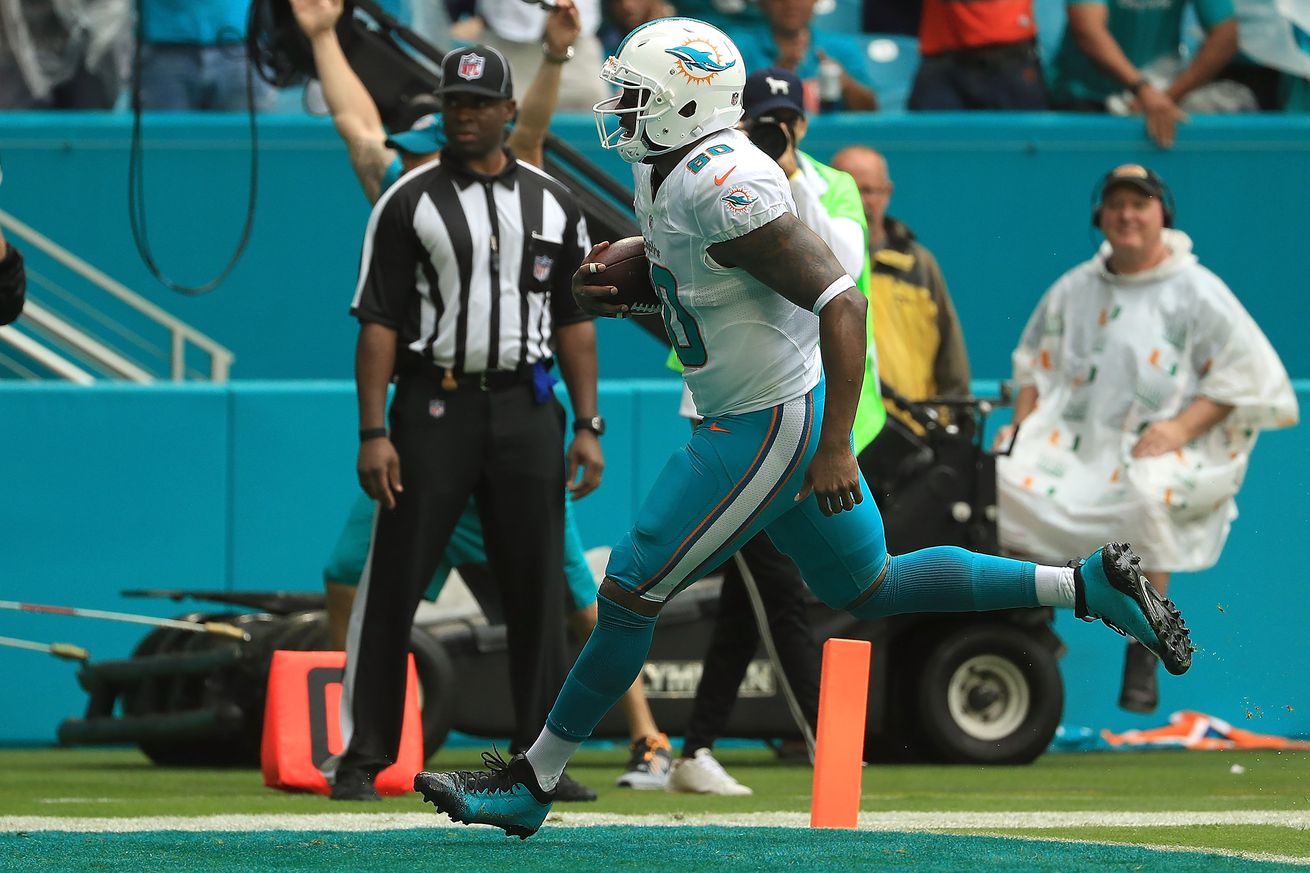 The unrestricted free agent may come back with a more pronounced role in the Miami Dolphins offense.

About one year ago, Julius Thomas was able to convince Jordan Cameron to take a pay cut for the opportunity to play under Adam Gase. Concussion issues reared its ugly head for Jordan Cameron, but there’s still the lingering thought that Adam Gase understands the tight end position. Barry Jackson’s article suggests that Adam Gase might be higher than Ricky Williams on Dion Sims than the Miami Dolphins fan base.

With regard to tight end, Dion Sims gave insight into Miami’s thinking this week.

Sims, who will be an unrestricted free agent, told me that not only did coach Adam Gase tell him that he wants to re-sign him, but that Gase views him as a starter.

“He told me he wants me back as a No. 1,” Sims said. “I want to be back. I have obviously proven myself to be a starting tight end in the league and want to continue in that role. I’ve done some great things this year and improved a lot.”

If this is indeed true, then I look for the Miami Dolphins to capitalize on the off-season mock drafts that are projecting David Njoku and OJ Howard to the Miami Dolphins in the 1st round of the 2017 NFL Draft. Smokescreens work most effectively when an organization doesn’t have to manufacture its own connections to a particular player - they simply can piggyback on the popularity of public interest and speculation.

Don’t be surprised if the Miami Dolphins subtly push the TE agenda, while behind closed doors, contemplating the defensive piece they believe helps the most, whether that be DE, LB, or even DT, or the godsend BPA that luckily falls into our lap.

I digress, back to Dion Sims. Would you feel comfortable with Dion Sims as our #1 TE? Despite Sims setting career highs in receptions and TD’s in 2016, the best combined statistics of his career across the board look like this: 26 catches, 284 yards, 4 TD’s.

However, he’s been a #2 TE throughout his NFL career and that has limited his opportunities. Dion Sims is a consistent blocker - he might just develop into the dual threat TE that offensive coordinators covet. Adam Gase has my unlimited trust, and if he believes Dion Sims is a #1 TE, then I’ll support it.

Would you consider the potential re-signing of Dion Sims and subsequent promotion to TE #1 a savvy, under-the-radar move, or a volatile roll of the dice?

Noteworthy tidbit: MarQueis Gray is the only TE under contract beyond 2016 who earned snaps last year. (It’s not out of the question Dion Sims is re-signed as a #1 TE and the Dolphins invest in free agency and/or the draft.)

Let’s hear your thoughts on the TE position...

Could Dion Sims Be a #1 Tight End for the Miami Dolphins?