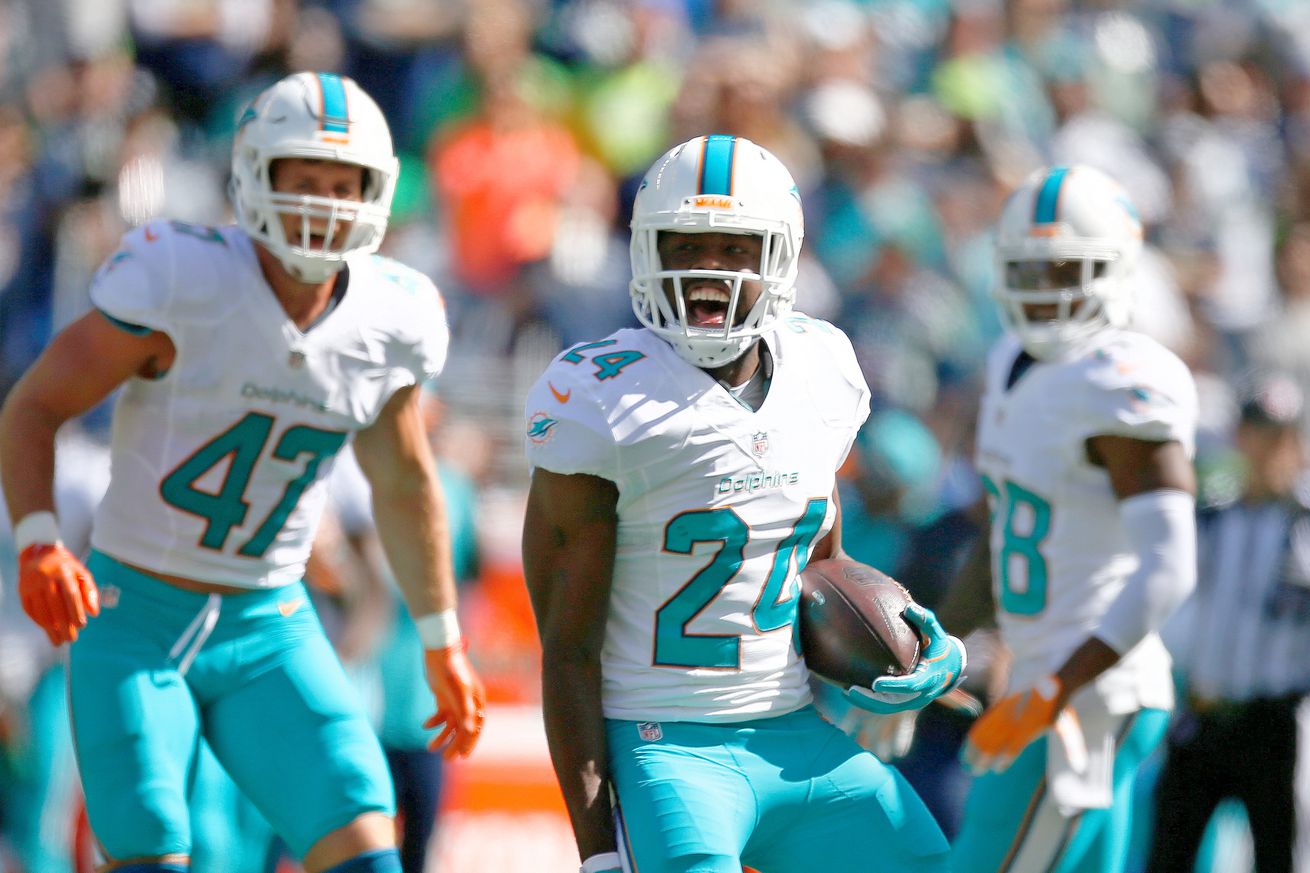 Miami loses another starter to injury.

The Miami Dolphins are continuing their season-long build up of starters on the injured reserve list. Miami currently has tight end Jordan Cameron, safety Reshad Jones, linebacker Koa Misi, and center Mike Pouncey, all projected opening-day starters back before the season began, on IR, along with cornerback Ifo Ekpre-Olomu. The list will get a little longer by the end of the day when the team officially places safety Isa Abdul-Quddus on IR with a neck injury he sustained against the Buffalo Bills.

The Dolphins made the announcement first thing Wednesday morning.

To fill the roster space, the team promoted safety A.J. Hendy off the practice squad. Miami will likely use Bacarri Rambo and Michael Thomas as the starting safeties on Sunday against the New England Patriots. Walt Aikens could also factor into the rotation.

Abdul-Quddus signed with the Dolphins this offseason, adding him on a three-year, $12.75 million contract. He had a career high 77 tackles this season, along with two interceptions five passes defensed, and a sack and had started all 15 games Miami has played.

The Dolphins clinched a playoff berth this past weekend, but will now have to play the rest of the year without either of their starting safeties.

Cheap flights from Atlanta to Miami for only 73$ round-trip in January. All taxes included!