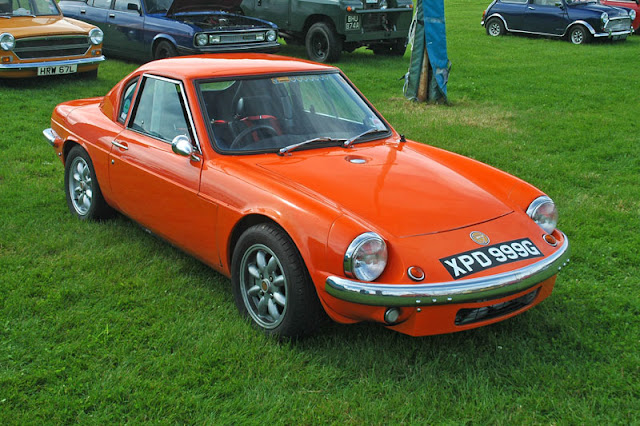 The Ginetta G15 was a British sports car made by the Ginetta company in Witham, Essex between 1968 and 1974. The car was initially available only in kit form but later some factory built examples were available. It was launched at the 1967 London Motor Show.

The body was of glass fibre and was mounted on a tubular steel chassis. The engine and four speed transmission were taken from the Hillman Imp range and were rear-mounted driving the rear wheels. The suspension was by independent coil springs at the front and rear with the front steering/suspension derived from the Triumph Herald. The car used 13 in (330 mm) wheels as opposed to the 12 in (305 mm) of the Imp giving higher gearing. The front compartment where the engine would have been on a front engined car contained the fuel tank and spare wheel leaving no room for luggage.

The first few cars retained the Imp rear cooling radiator but tended to overheat so in 1969 a Mk ii version with front mounted radiator with electric fan was fiited instead which cured the problem. The Mk II also had a revised dashboard and improved seats. A heater and windscreen washers were optional extras.