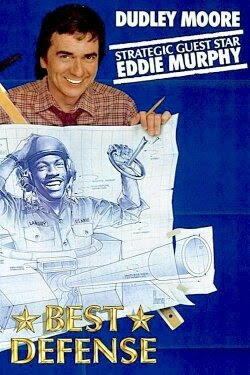 How Do You Get Bed Bugs?
Capture Attention and Drive Traffic w…
Things You Should Stop Worrying About…
Top 10 Sites to watch Telugu Movies O…
Problems with valuations, again.

Except, like the Tank in the Movie, it misfires. Badly. There has to be a good story behind how bad this movie is. Someone needs to tell the tale of why this was two completely different movies, weaved together through a really bad plot. While Moore plays an engineer designing tank parts in 1982, Murphy plays a tank commander in 1984 whose life depends on Moore's part. Along the way, however, is bumbling, stumbling, spying, espionage, murder, and more than enough sexual innuendos and racial stereotypes.

This movie could have been decent. As a matter of fact, it probably should be completely rebooted. The idea of a bumbling engineer who makes a part that saves a military unit might not be too bad. But trying to weave it into two comedies and filling the plot with side stories and bad jokes makes Best Defense downright offensive.