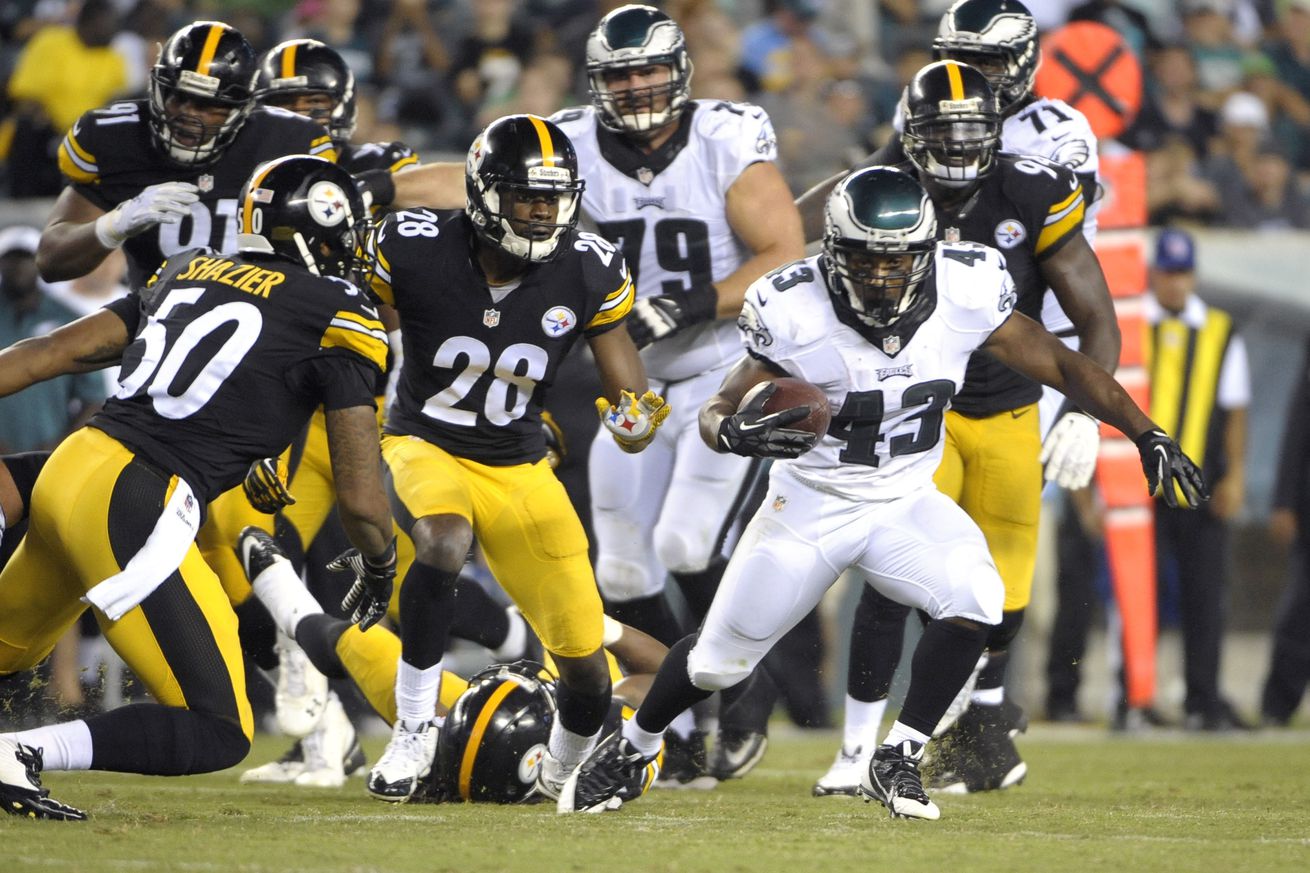 Here's an opponent's perspective on the upcoming Eagles game.

The Philadelphia Eagles' second preseason game is just one day away. With the Eagles and Steelers scheduled to face off on Thursday evening, I reached out to our friends over at Behind the Steel Curtain. The great Jeff Hartman (@BnGBlitz) kindly took the time to answer my questions about the upcoming preseason game. Let's take a look at the answers.

An end to Bitcoin? Google Pay “smart …
Diamonds Below Spawn Village – Minecr…
A week and a half seemed like forever
Rock & Roll 1978
Chris Rock Starring In New SAW With S…

1) Who is one offensive Steelers player to watch out for?

On Thursday the Steelers are going ot be sitting a lot of their starters (Ben Roethlisberger, Le'Veon Bell, DeAngelo Williams and Antonio Brown), but one All-Pro player who missed all of 2015 will be back on the field -- Maurkice Pouncey. Keep an eye on the Pro Bowl center as he gets the rust off for hopefully a series and gets reacquainted with the rigors of the job.

2) Who is one defensive Steelers player to watch out for?

The Steelers defense is what could make-or-break the season, and no one is more dynamic than Ryan Shazier. The former first round draft pick could be vying for a Pro Bowl if he stays healthy. Look for his game to mature in all facets (pass coverage, blitzing, tackling, run support).

Other than Shazier, this defense is young, so you could see the first game action for first round pick Artie Burns, and the maturation of Javon Hargrave and Sean Davis. All players to keep an eye on Thursday night.

3) How do fans feel about the Steelers' outlook this year? What’s an acceptable finish?

For the Steelers, and their fans, this year is Super Bowl or bust. The general consensus is if the team can remain healthy, and that is a gigantic 'if', there aren't many teams who could stop them. In 2015, they were a fumble away from the AFC Championship game, and had lost Pouncey, Shazier, Roethlisberger, Bell, Kelvin Beachum and DeAngelo Williams for a significant portion of the season. The team is there, especially the offense, now it is time for them to just put the pieces together.

4) How much will the losses of Le’Veon Bell and Martavis Bryant hurt this Pittsburgh team?

Believe it or not, there are a lot of people, some within the Steelers organization, who strongly believe Bell won't be suspended when Week 1 rolls around. I'm not saying I buy into this theory, but at the same time the Steelers don't make comments like that when it comes to suspensions, etc. unless they have a strong belief in the possibility of it happening.

However, if the suspension is upheld, and Bell and Bryant are both out, Bell for the first 4 games, it will hurt the offense. Nonetheless, it won't be a death sentence in the first quarter of the season. The Steelers offense isn't just dynamic, it is deep. The team was able to stay above water last year without Le'Veon Bell, and also Martavis Bryant throughout the first 5 games of the regular season. They can do it again, but it would be Bell who would be the bigger missing piece of the offense.

5) Do you think the Steelers regret the Brandon Boykin trade from last year?

If the Steelers have a regret, it would be the way they handled Boykin's playing time, not the trade itself. They needed a veteran DB, and they went out and got one. For whatever reason they didn't play him until towards the midway point of the season, and when he got on the field he contributed. There are those who suggest the team kept him off the field so they didn't owe the Eagles a 4th round pick, but I don't necessarily buy into that conspiracy theory. Nonetheless, I wouldn't say the team regrets the trade.

Bonus: Score prediction? It's only preseason but why not.

How to wear Body suits: 4 ways to style a body suit