Three numbers that matter for Eagles vs. 49ers in Week 4 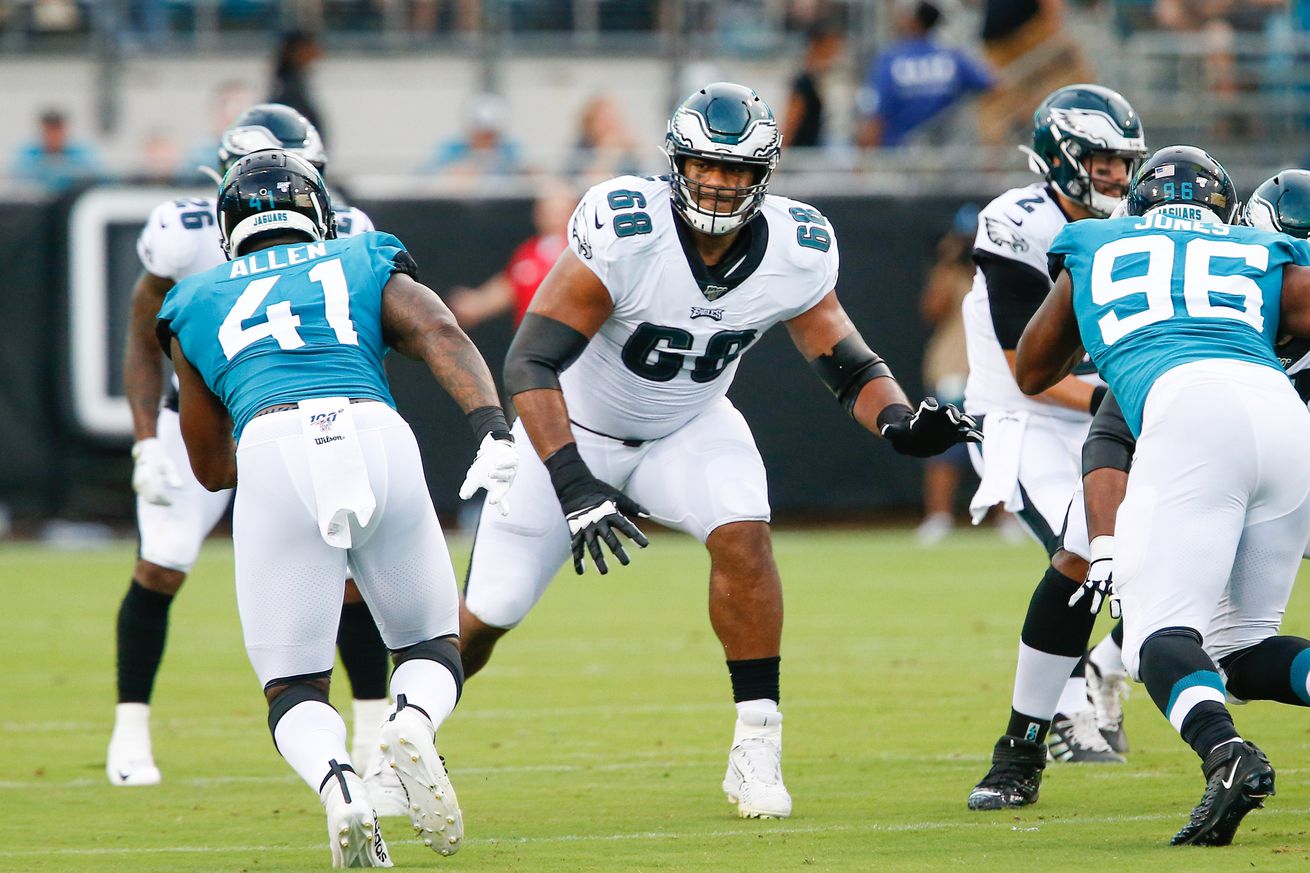 Just how banged up are these two teams? And how much does this game matter for Philadelphia?

Eagles in primetime! What could go wrong? Here are the three numbers I’m looking at for the Eagles’ Week 4 Sunday Night game against the 49ers.

4 - That’s not only the number of different starting lines the Eagles have deployed through four weeks of the season; it’s also the combined career starts of Jordan Mailata (0), Nate Herbig (3), and Matt Pryor (1)

Okay, technically, Pryor has two career starts, because he started the playoff game last year, and then started last week. But when you count starts, you typically do it for the regular season. Rare for a player’s first career start to come in the Wild Card round, you know what I mean?

But here we are: the Eagles have three players on their offensive line who saw their first career start this season — or are about to, in Jordan Mailata, the seventh-round dart-throw from the 2018 NFL Draft. If the Eagles were ever going to get something out of the rugby player with no NFL experience, it was going to be a couple years after he was drafted. Now, they need him to be ready.

But buried behind Jack Driscoll on the depth chart not three weeks ago, it isn’t promising that Mailata was the emergency option to take a crack at tackle. He doesn’t even get the security blanket of playing besides a veteran guard, as 2019 UDFA Nate Herbig sees his fourth start of his career at left guard. Herbig has been a pleasant surprise for the Eagles’ offense this year — not that he’s been particularly good, but that he hasn’t been debilitatingly bad, as most of the Eagles’ offense has been.

Mailata’s fellow 2018 draftee Pryor fills the right guard spot again, where he’s been a serviceable people-mover in Brandon Brooks absence. The good news for Philadelphia is that the size they’ve prioritized at every OL spot besides center does give them a physically formidable line despite all the injuries: all three backups are over 330 pounds.

Behind this line, the Eagles should still be successful running the football. They do have one of the most complex running game schemes in the NFL, so communication may be tricky, but Mailata and Pryor are true bulldozers who would benefit from getting to come off the ball with steam. The concern is in pass protection, where maintaining levels and winning one-on-one matchups against an injured, but still talented San Francisco defensive line will prove challenging. The Eagles once again find themselves under difficult circumstances to drop Carson Wentz back in the pocket for any deep-developing routes.

16 - That’s how many players the San Francisco 49ers have on the Injured Reserve list. It’s the only number in the league higher than the Eagles’ 13.

It’s no secret that the 49ers and Eagles are among the most banged-up teams in the league. But what is particularly interesting for both is how position-specific their attrition has been.

Of the 16 players the 49ers have on IR, five are WRs — and they just got their top 2019 WR Deebo Samuel back from IR, while he isn’t at 100% for Week 4 against the Eagles. They also have five EDGEs on their IR, which includes starters in Nick Bosa, Dee Ford, and Solomon Thomas. While the Shanahan offense has well absorbed the WR injuries to this point, the Robert Saleh defense is struggling a bit more with their lack of pass-rush options beyond Arik Armstead.

The Eagles’ IR tells a similar story: one where the volume is a problem, but the specificity is an even bigger issue. The Eagles have four starting offensive linemen on IR, and beyond the injured receivers they’re carrying on the active roster in DeSean Jackson and Alshon Jeffery, have their top two pass-catchers of the young season in Jalen Reagor and Dallas Goedert both IRed for the short term. This offense has struggled a lot more in absorbing the injuries to their pass-catching unit than San Francisco has, which has a bit to do with the concurrent injuries on the offensive line.

Suffice to say that the schedulers did not anticipate a 2-1 San Francisco 49ers team led by Nick Mullens facing an 0-2-1 Eagles team when they wrote the script for their Week 4 Sunday Night Football matchup. Nobody thought Dion Jordan against Jordan Mailata would be a key matchup to watch, or that the Eagles’ best mismatch on offense might be John Hightower against Dontae Johnson. Neither of these teams are what they’re supposed to be.

14 games played, and the Nfc East has won two of them — one, Washington over Philadelphia, was an NFC East matchup anyway. With the 1-3 Cowboys and 1-3 Football Team losing in the 1 o’clock slate, and the 0-3 Giants considered two touchdown dogs to the Rams in the late slate, the best team in the NFC will be 1-3 when the Eagles kickoff.

And at 0-2-1, that means the Eagles, with a win, could be the sole team atop the NFC East following tonight’s game.

Now, the Eagles are very unlikely to win. They’ve been a total disappointment through three weeks of the season, are more banged up now than they were to start the year. With that said, for as long as the rest of the NFC East is equally putrid, the Eagles’ coaching staff and veteran leaders continue to have a narrative for righting the ship on their season. The Eagles have historically rallied around those long odds under Pederson’s leadership, though usually in the beginning of December, not October. The Eagles need to rally fast, given their October schedule — but the NFC East is leaving the door open, and for as silly as it sounds, that should matter to the Eagles coming out tonight in primetime.

Three numbers that matter for Eagles vs. 49ers in Week 4