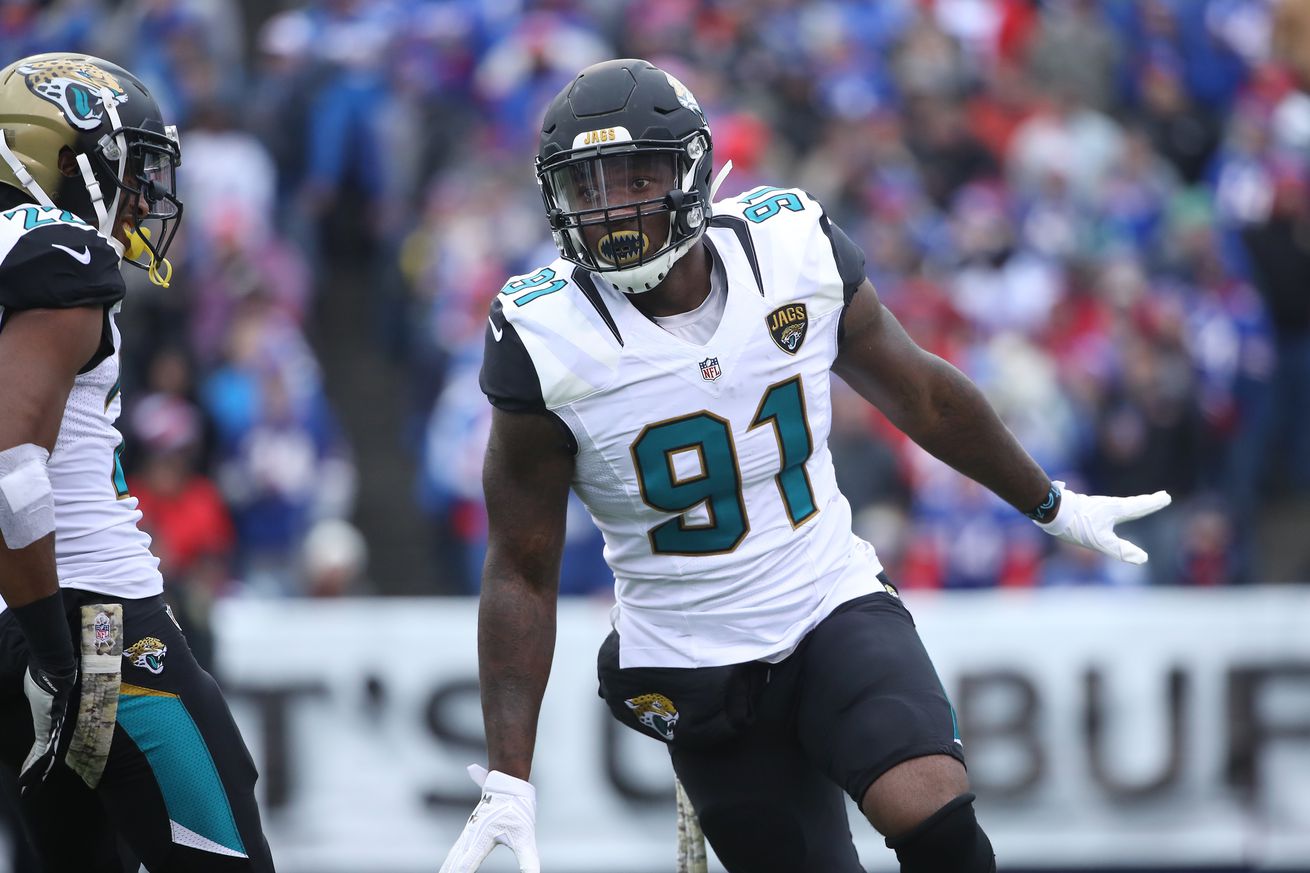 Cold water on the rumors.

Yannick Ngakoue has been on the minds of Philadelphia Eagles fans this offseason as he’s seemingly expressed interest in playing for the Birds while trying to force the Jacksonville Jaguars to trade him.

Throughout this buzz, though, we’ve noted that a trade seems unlikely. NFL insider Adam Schefter shared a similar sentiment during a 97.5 The Fanatic Morning Show appearance with Marc Farzetta and Bob Cooney on Wednesday.

FARZETTA: Where are you now on Yannick Ngakoue and possible movement?

SCHEFTER: I still think the team, the Jaguars, have to move him during the draft. The week of the draft, during the draft. My guess is these are usually deals that are made often while teams are on the clock. They’re going to want back significant compensation for him. It remains to be seen how much they actually will get back. There will be people in that organization like the owner who will not want to move him, which means they’ll be firmer in their price. But if they don’t trade him, they’ve got a mess on their hands. And I believe the guy, the player, when he says that he doesn’t plan to play for them again. I believe he will continue to sit. So, that’s not good for anybody. I think the right thing for them to do, logistically, is to move on from him. And so they’re going to want a first-round pick, maybe then some for him. I don’t know whether they’ll get a first-round pick for him or not. We’ll see how it shakes out. It could be swapping draft spots. It could be swapping picks. It could be any combination of factors that get a deal done.

Now, in the end, I would guess that they do trade him. Because I think they have to. I think that’s the best thing for everybody involved. I don’t think they want that headache on their hands. I think the owner will see that eventually.

Of those teams, I don’t think the Eagles are the favorite in that group at all. I think that more likely than not, those other teams — for various reasons: picks, compensation, money, draft position — stand a better chance of landing Yannick Ngakoue than the Eagles. I view the Eagles on the outside looking in of Yannick Ngakoue. That’s not to say that they couldn’t get something done because anything is always possible with them. But I don’t view them as a likely destination for Yannick Ngakoue going into the draft.

Ngakoue is a player that should be on the Eagles’ radar given the combination of his age and pass rush production. But, as previously noted, I don’t think the team wants to surrender major draft assets in addition to signing him to a massive extension. Whether you like it or not, the Eagles (read: Jim Schwartz) are high on their defensive end group.

I’ve viewed this Ngakoue situation like the Jadeveon Clowney rumors from last summer. It’s just never felt like a super realistic possibility despite some media members and fans acting otherwise.

This isn’t to say there’s a zero percent chance the Eagles land Ngakoue. But if Schefter’s saying it’s not likely, well, you’re better served not holding your breath.