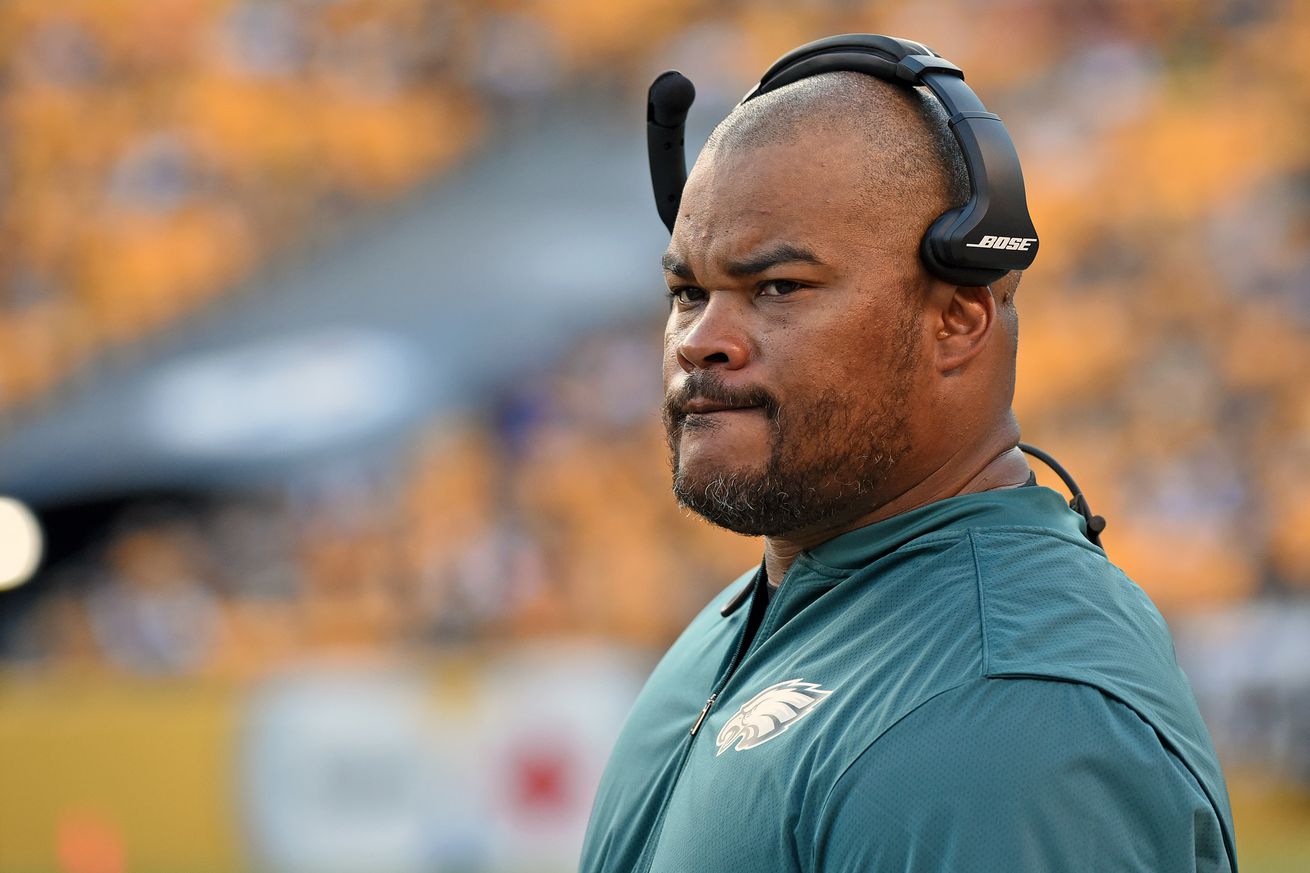 Duce on the loose?

UPDATE: NBC Sports Philadelphia’s Reuben Frank reports a source told him that “Staley did not inquire about the job and would never consider leaving the Eagles for a college position coach role.”

It’s hardly unthinkable to see that Staley is looking at opportunities outside of Philly. He’s clearly reached his ceiling on the Eagles’ coaching staff after now being passed over twice when the team has had offensive coordinator openings. The Eagles reportedly didn’t even give Staley an interview for the OC job this time around.

Hiring Staley would be a great way for South Carolina to fill their running backs coach vacancy but Muschamp must realize that Staley would only be leaving stability with the Eagles to hopefully replace him as the head coach, hence the rebuffal.

It currently looks like Staley — the longest tenured coach on Philadelphia’s staff after being hired full-time in 2011 — will remain with the Eagles for at least one more season. But will the relationship last much longer than 2020, especially with Staley already looking to move on?

If Muschamp gets fired, Staley would be a logical candidate to replace him. Staley is a West Columbia, South Carolina native and he played for the Gamecocks in the mid 1990’s. Or perhaps Staley will find a head coaching opportunity somewhere else in the college ranks.

The Eagles might need a new running backs coach in 2021, if not sooner.