Eagles injury updates: Brandon Brooks out for the season, “good news” on Miles Sanders, and more 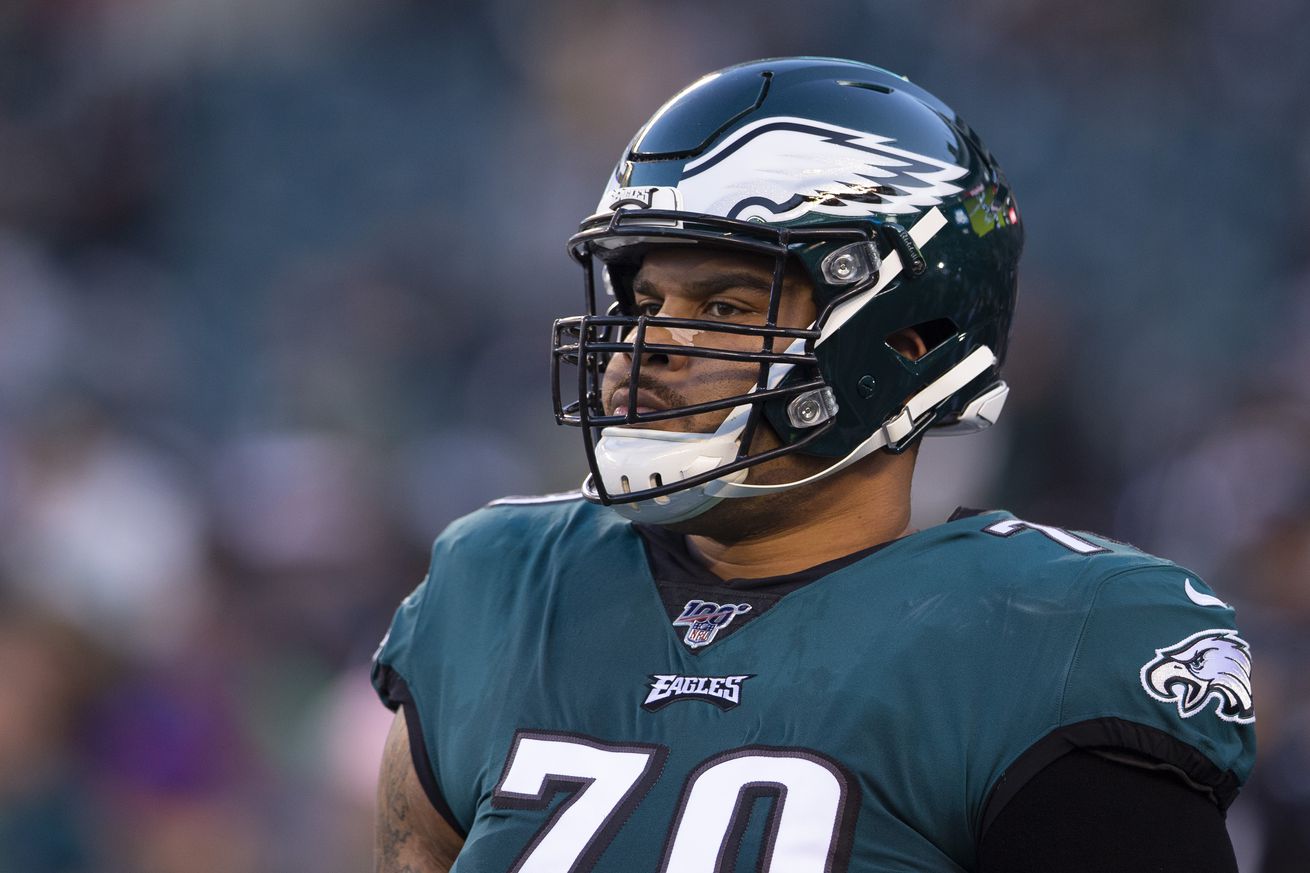 The Philadelphia Eagles entered Week 17 with a myriad of injuries and only got more banged up during their win over the New York Giants. Here’s a look at the latest on the injury front ahead of the Eagles’ wild card game against the Seattle Seahawks.

“He had the separated right shoulder during the game on the PAT. He suffered a little more damage in there so he’s actually going to miss the remainder of the season.”

Bad news. Brooks is one of the best guards in the NFL; he was elected to his third straight Pro Bowl this season. Eagles players talked about how losing Brooks to an Achilles tear during the New Orleans Saints playoff game last season was such a big loss for the team.

2018 sixth-round pick Matt Pryor filled in for Brooks against the Giants and seemed to do okay. The Eagles could keep Pryor there or replace him with Halapoulivaati Vaitai ... assuming Lane Johnson (more on him below) is able to return to the starting lineup this week.

Pederson confirmed Brooks’ shoulder injury will require surgery. So unlucky for him to get hurt like that on a PAT.

“Lower body, the ankle, he’s going to be okay, should be day-to-day. Got good news on him.”

Sanders played 23 snaps against the Giants before failing to return. It sounds like the rookie will be able to have a role against the Seahawks. Sanders figures to split playing time with Boston Scott, who shined in Sanders’ absence.

Pederson was asked about where Ertz stands:

“Ertz is another one we’re going to monitor each day this week. We can incorporate him back into practice and see where he’s at by the end of the week and make a decision then.”

He was also specifically asked about the report that Ertz suffered a lacerated kidney in addition to his cracked ribs:

“Well, I’m no medical dcotor, so I don’t know. I don’t believe a lot of those reports, obviously. But I know this: that Zach’s a tough guy and we’re going to be smart, obviously. Do our due diligence before we put any injured player back on the field. But we’re excited that we at least can incorporate him back into the work this week.”

Former NFL team doctor David Chao suggested Ertz’s season is likely over but the team seems to be optimistic he might be able to actually play. We’ll have to see how he progresses this week.

Pederson made it sound like Johnson has a chance to play against Seattle:

“Lane will work himself back into practice this week. We’ll see where he’s at by the end of the week.”

Johnson was listed as questionable on the final Giants injury report, which was an upgrade from previously being ruled out the past couple weeks.

Again, Johnson’s potential return to the lineup could send Big V to starting at right guard.

Pederson said the news on Sanders applied to Maddox as well. I’ll repeat that here:

“He’s going to be okay, should be day-to-day. Got good news on him.”

The Eagles started Maddox and Rasul Douglas at outside cornerback against the Giants with Cre’Von LeBlanc playing the nickel role. Maddox could get shifted back to the slot with Jalen Mills potentially returning.

Mills was ruled questionable to play in Week 17 after being limited in practice all week. He was then inactive for the game but he told reporters he expects to play in the wild card round. We’ll see how he progresses with his ankle injury this week.

Pederson was asked about why Howard only played one snap despite the fact Sanders got hurt and the Eagles were only down to Scott.

“Boston, obviously, had heck of a game in Miles’ absence. Jordan ... we just wanted to make sure that he was ready to go. Again, we talked about the conditioning last week, and things of that nature, and risking anything further with him. I would expect that his workload would increase a little bit more this week as he gets more into game shape and game ready. We’ll have a plan for Jordan moving forward and he’s going to have to play down the stretch here.”

The Eagles clearly have Sanders and Scott ahead of Howard in the rotation right now but Howard will be playing more often than the one snap he got against the Giants.

The Eagles’ fifth defensive end suffered an ACL tear on the final play of the game. That really sucks. This development could mean a slightly larger role for Genard Avery.

Placing Brooks and Hall on injured reserve will open up two roster spots for the Eagles to work with.

He was taken to the locker room to be evaluated since the line for the medical tent was too long. He came back into the game, though, and Pederson says he’ll be okay.

The earliest Jackson can be officially activated to the 53-man roster is if the Eagles beat the Seahawks and advance to the divisional round. Getting a healthy Jackson back would be a big deal for this team!

“He’s getting close. We’re still going to monitor him. He’s been running on land, trending in the right direction.”

In former Eagles and current Seahawks news, starting Seattle linebacker Mychal Kendricks is out for the season after tearing his ACL against the San Francisco 49ers.

The Eagles and Seahawks will both submit their first injury official report of the week on Wednesday afternoon.

Eagles injury updates: Brandon Brooks out for the season, “good news” on Miles Sanders, and more