This is Carson Wentz’s team now 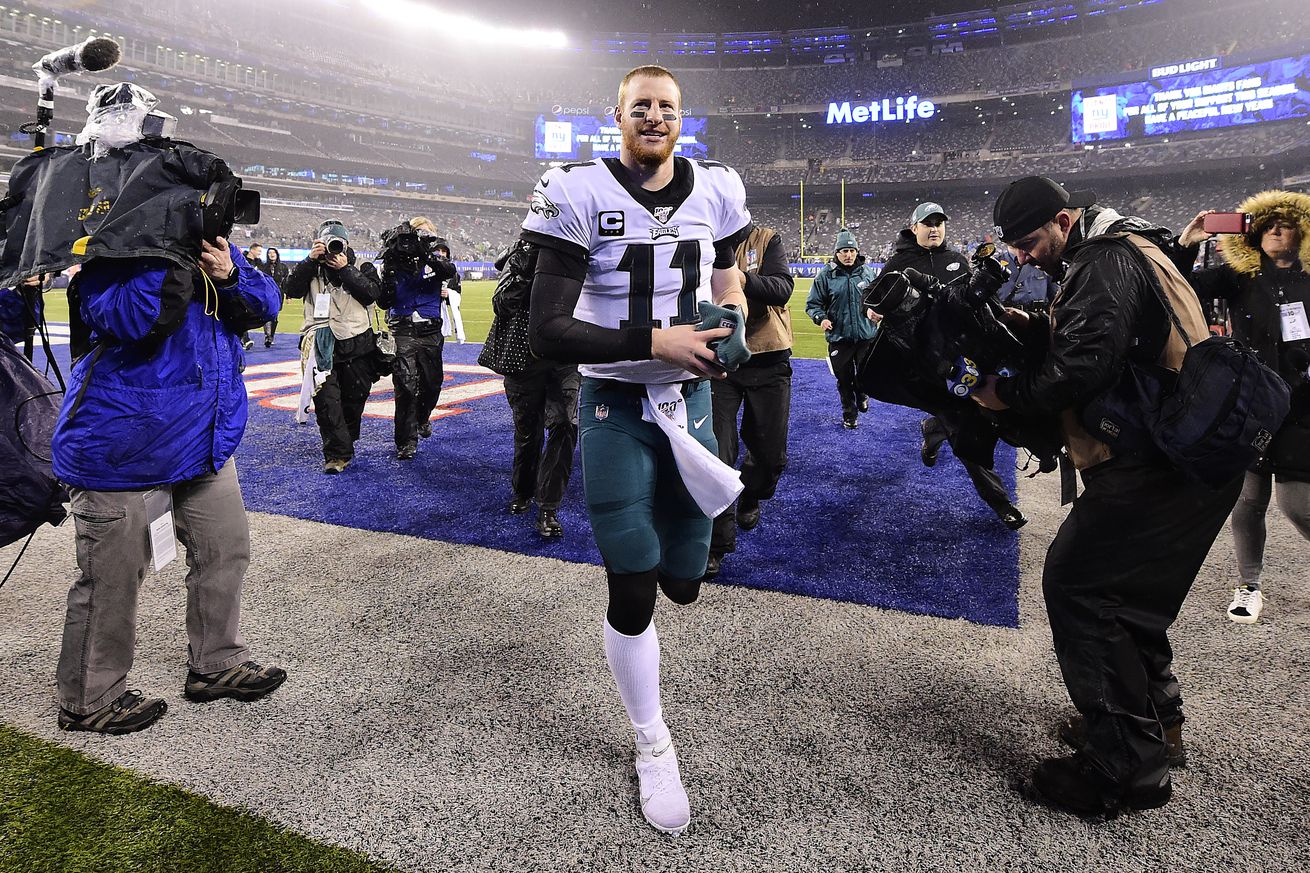 This is Carson Wentz’s team now.

At the head of a severely depleted supporting cast in a must-win game on the road against a divisional rival, Carson Wentz made it clear that he is the captain now. The Super Bowl is still the goal, but as far as where we stand with Wentz now with what he’s accomplished, the Nick Foles shadow has been lifted.

A Soundtrack for the Right Track
Nusa Islands vs Gili Islands 2020 {Wh…
5 Reasons To Treat Honeybees Differen…
Where did the hummingbirds go?
How to Make Each Day Count When Onboa…

For three straight years the Philadelphia Eagles and Doug Pederson faced long odds late in the regular season. For three straight years the Eagles have put the adversity and injuries aside and punched their ticket to the playoffs. It marks the first time that Wentz has been apart of that push, something that some doubted he would accomplish either due to his performance, leadership questions, or injury history. All of those questions have been put to bed. The Eagles are going to the playoffs.

To be clear though, this win doesn’t only belong to Pederson and Wentz. The Eagles needed a solid defensive outing and key contributions from unlikely heroes. Whether it was Boston Scott’s three touchdown day or Sidney Jones’ interception, or Josh Perkins working open for a 24-yard touchdown, it took big time performances from little known players to get the job done. The result was a 34-17 win over the New York Giants and the reward of one more week to survive and advance.

We broke down the game and expressed our astonishment over what the Eagles have accomplished in the month of December on BGN Radio #99 where I was joined by the incomparable BLG! Listen on the media player below or click here if the player doesn’t load. New to podcasts?! Check out our guide on how to listen and subscribe to BGN! FLY EAGLES FLY!

The Eagles take down the Giants in a must-win Week 17 game for all the NFC East marbles! Get your reaction from the gang right here!

This is Carson Wentz’s team now