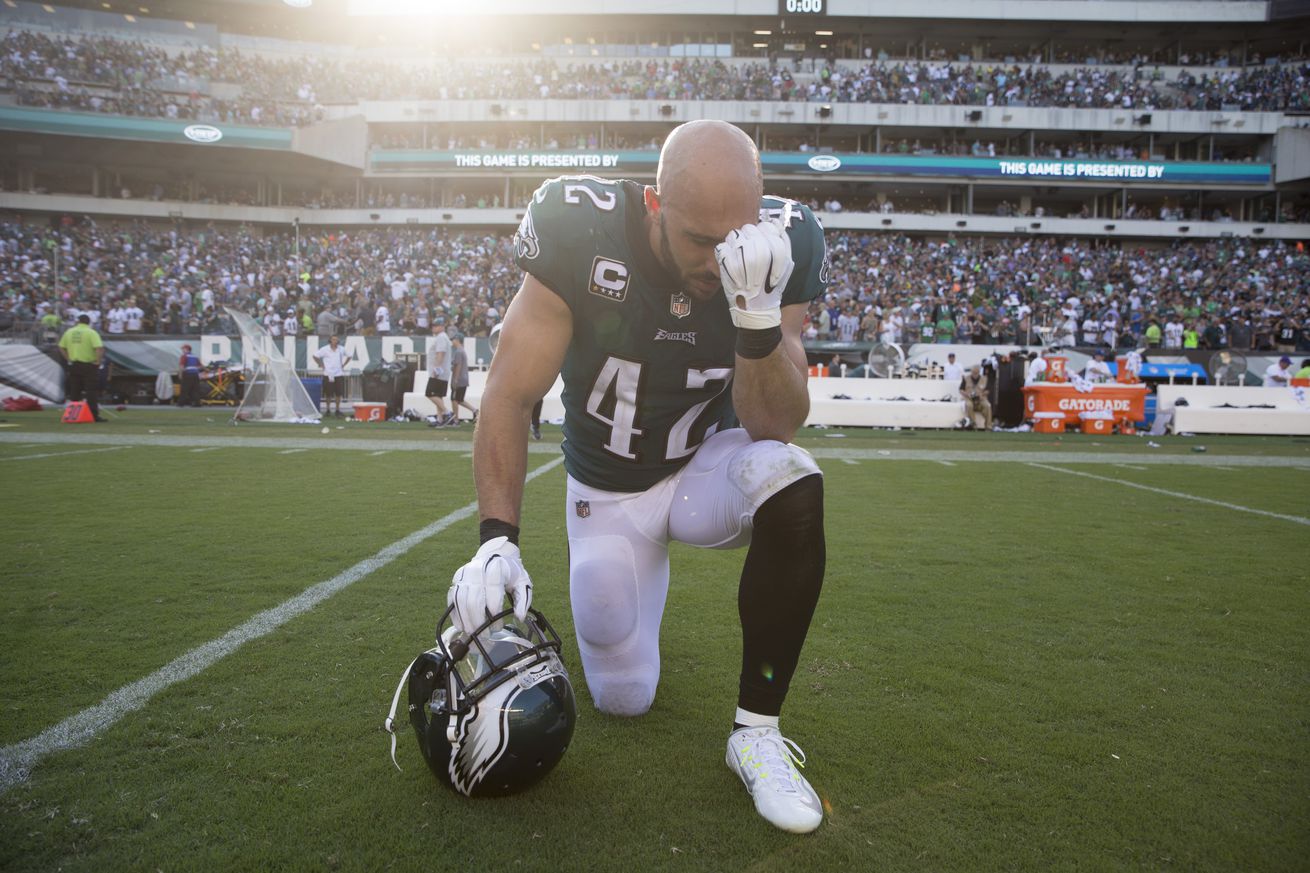 Best wishes to a guy who always put the team and his teammates first.

It is completely unsurprising given his injury status, but former Eagles defensive back and special teams maven Chris Maragos has announced his retirement from the NFL.

He specifically thanked Eagles fans in his announcement, noting:

“To all the fans that supported me, especially Eagles fans, thank you from the bottom of my heart. I’ve tried to put on display every single snap how I think each and everyone of you would play the game if you were able to. I hope I’ve made you proud by the intensity and passion that I played with, by leaving it all on the field every single time I stepped between the lines.”

What an amazing ride, thankful for everyone who made it so great! pic.twitter.com/8X3icR3kGI

Maragos spent the 2018 season on the Eagles’ PUP list due to a knee injury, and was eventually cut by the team in February 2019. He was originally signed by the team in 2014 and was a big factor both on the field and in a leadership role as Philadelphia won their first Super Bowl — despite going on IR in October 2017.

His knee injury has continued to linger and even had the league veteran undergoing a third surgery on Tuesday.

They say the 3rd time is a charm...thankful for all the support and prayers by everyone through the unfortunate surgeries and rehabilitation up to this point, grateful for you all! pic.twitter.com/bewtWDUFt0

Here’s hoping this will be the final surgery for a guy who deserves all the best moving forward, and will undoubtedly be successful in whatever he chooses to do next.

One of my all time favorite teammates. I could go on and on about what this dude meant to not only the culture of the locker room but also to my family and I. You’re first class man! Congrats on an awesome career! https://t.co/5tY60ROSn6

Unbelievable run for a Wisconsin walk-on transfer from the MAC!

Incredible career for an incredible man. Happy for you and everything you’ve accomplished bro! Can’t wait to see the next steps for you and your family! https://t.co/RiB4VQ56tJ