Donovan McNabb was wrong about Carson Wentz, but shouldn’t need to apologize 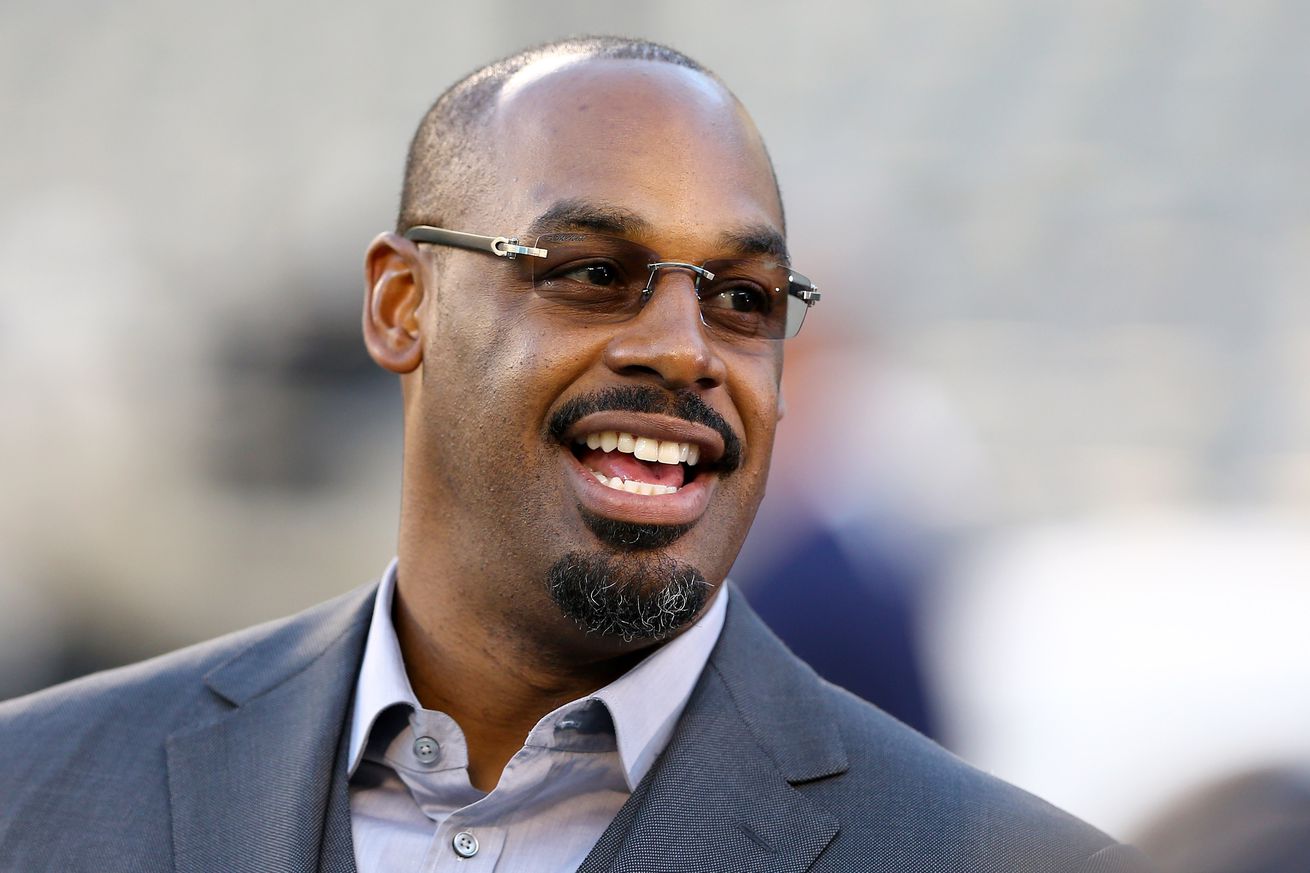 Agree or disagree with the substance of McNabb’s comments, he shouldn’t need to Apologize for them.

There are few topics in Philadelphia sports as mind numbing as Donovan McNabb’s relationship with the city and the Eagles. And this week, we got an earful of it once again.

In ground that has been well covered already on this website, McNabb made some eye-opening comments over the weekend on The Zach Gelb Show on CBS Sports Radio regarding Carson Wentz.

I think in the next two, three … two years or so, he has to find a way to get in the second round, or out of the second round of the playoffs. For what Nick Foles was able to do, take them to the Super Bowl and possibly take them back to the NFC Championship [Game] proved, hey, some people can get into that offense and be very successful. He hasn’t been healthy. He hasn’t really proven, to me, besides the year before he got hurt in his first year, really the MVP candidate, he needs to get back to that mode. And I think, personally, if he can’t get out of the second round in the next two, maybe three, years — really, two years to be honest with you. If he can’t get out of the second round, they should look to possibly draft another quarterback, because they just don’t know about his durability.

McNabb’s comments were met with a strong rebuke from Pro Bowl right tackle Lane Johnson, who took to Twitter to defend his QB, and went on WIP to elaborate further.

“... Every training camp we have all of these ex-players come and shake our hands, wish us good luck. Then, they just go out and just talk hate. I feel there is a lot of envy, jealously, and I see a lot of fakery. It isn’t just me — a lot of other teammates see it too. You would think the best quarterback in franchise history would try to build up a young man that looks up to him instead of always criticizing him, critiquing him and wishing he would fail so he could be the missing link and feel better himself.

McNabb reacted on an appearance on the Marks & Reese Show on 94 WIP Tuesday afternoon and defended his original comments.

First of all, what people fail to realize is when you have a job to do as an analyst, or someone asks you a question, people want athletes [and] media members to be honest. And so all I was doing is being an analyst and being honest with my comments. There’s nothing personal to Carson. I respect his game. I love Carson as a quarterback. Matter of fact, when I’m there, when I do come to the games, I introduce my son to him. Because I respect the way he prepares himself, I respect the way he plays. But in the game of football and the game of life, if you’re not doing your job and you’re not healthy enough to be out there on the football, they will look to replace. Now, I didn’t say anything that nobody else has either thought about, have questioned, or have seen. All of this is — people understand what I was saying, but the fact that I said it, it became an issue. And that’s a problem. It’s a problem because if someone who has played the game, played the position, been in the position where they drafted another guy, and still understood I had to compete.

And so do I need to apologize for anything? Absolutely not. Should I say anything toward it? There’s no need to say anything about the situation, really, to be honest. And then I know you probably want to go into active players that are playing and their comments. I don’t play Twitter war games with kids. It said what I said. They understood what I said. Move on and do your job.

I disagree with McNabb’s original comments for two reasons.

First, while it is true that Wentz has never played a postseason game and that injuries have been an issue, the Eagles are going to sign him to a long-term contract with a ton of guaranteed money. regardless. So no, even if the Eagles don’t reach the NFC Championship Game in the next two or three years, that doesn’t mean the Eagles should be drafting Wentz’ replacement. They are going to make a long term commitment to Wentz, and any QB they may draft in the next few years will be developmental guys that could serve as a back-up or be trade bait down the road.

Second, what if the Eagles lose two divisional games by scores of 35-31 and 42-38? Were those Wentz’ fault? Should they still go looking for a new guy?

Clearly, McNabb’s comments were far too broad and overarching to be taken at face value. While the QB position is the most important position on the field, there are any number of reasons why he might not make it to the NFC title game. But whether you agree with what McNabb’s brain produced or not, there’s absolutely no reason for him to apologize for his comments.

It is not Donovan McNabb’s job to support or encourage Carson Wentz. He is not an employee of the Eagles, nor does he work in Philadelphia talk radio. In his role as an NFL analyst, it is his job is to look objectively at the player and deliver his honest opinion. The fact McNabb wore the same jersey for most of his career that Wentz is wearing now doesn’t matter.

As long as McNabb was being honest with his opinion, he has nothing to apologize for. His opinion was, in my judgment, simply wrong and misguided.

We need to stop forcing people to apologize for having a sports opinion with which we disagree. If McNabb feels the Eagles would have been better off with Nick Foles at quarterback rather than Wentz (an opinion he has not uttered, by the way), I would have lambasted those comments as well. But he would not have needed to apologize.

Do McNabb’s comments help Wentz or the organization? That’s certainly debatable. On the surface, they don’t seem to do anything other than inflame a fanbase, many of whom seem to have already forgotten the MVP campaign turned in by Wentz in 2017. But it’s not McNabb’s job to tamp down those flames. It’s his job to raise questions and analyze things based on the information in front of him.

Does McNabb have an axe to grind with the city, the team or Wentz? He says no, but that’s for you to decide. Based on how the fanbase received him on Draft night in 1999 and how, for some, nothing he accomplished will be good enough because he didn’t win it all, it would be understandable if McNabb didn’t exactly love the city.

Regardless of how you feel about McNabb the player, here’s one point he made that I think is right on the money.

In my opinion, McNabb had a bad sports take, and only Wentz himself will prove whether it was a good one or a bad one.

But he shouldn’t need to apologize for a bad take, as long as it’s sincere.

My introduction to meditation

Computer Problems How to Solve Them

The “YEA, BUT…” Phenomenon

Donovan McNabb was wrong about Carson Wentz, but shouldn’t need to apologize