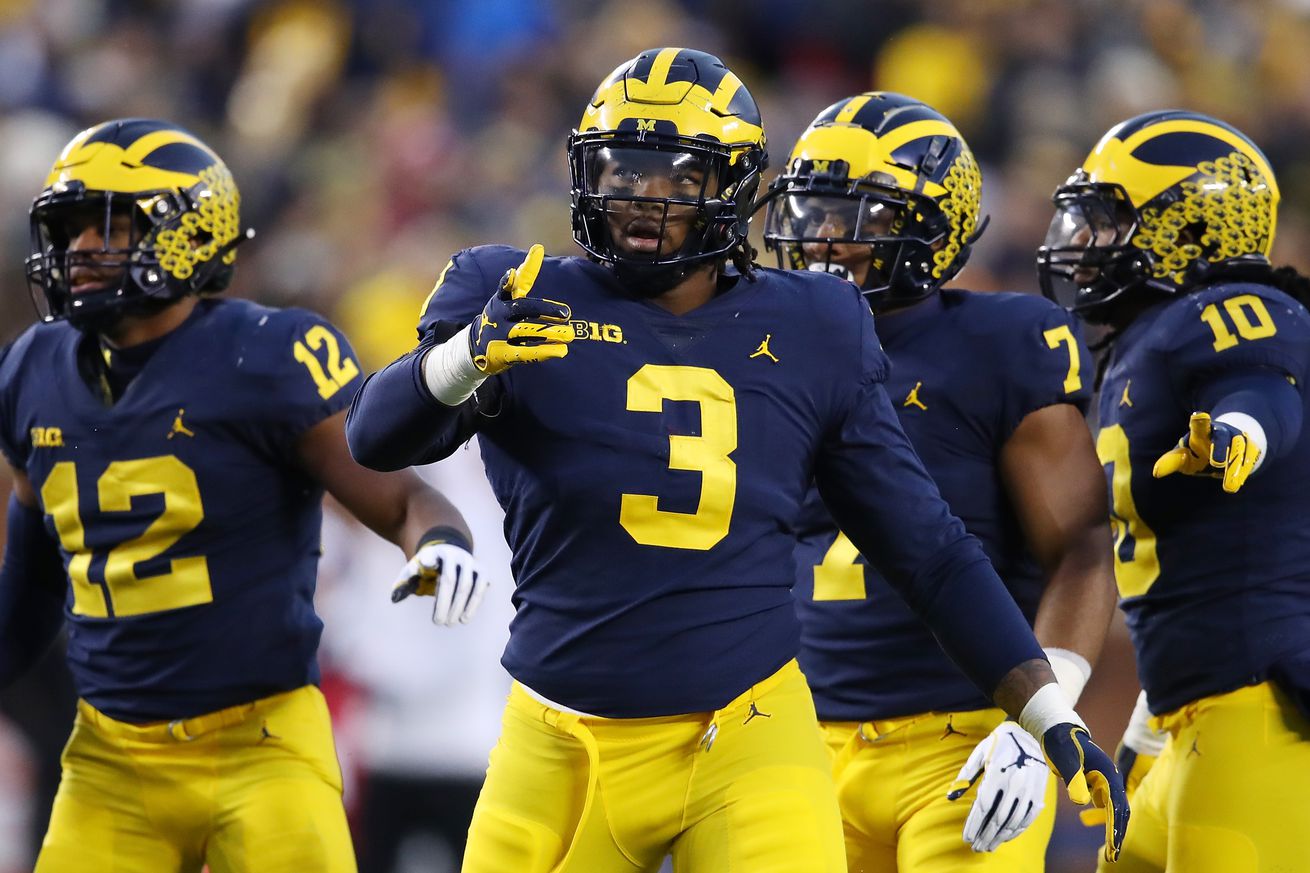 DGunn also notes that these players round out the Eagles’ allotted 30 pre-draft visits. That matches up with the list of names at the bottom of this post. There are actually 32 visits logged in BGN’s tracker but Darnell Savage (Philadelphia native) and Armstead (Millville, New Jersey native) are local guys so they don’t count against the top 30 limit.

Anyway, let’s get back to the prospects visiting Philly this week.

The 21-year-old Gary is one of the more interesting prospects in this year’s class. He dominated high school and was the top recruit in 2016. His athletic profile is very intriguing.

But Gary’s college production wasn’t great. He only finished with 9.5 sacks and one forced fumble in 34 games with the Wolverines.

Gary is a risky prospect and his projected draft value reflects as much. Former Eagles scout Daniel Jeremiah has him as his No. 10 overall prospect. Pro Football Focus, meanwhile, ranks him at No. 48 overall.

The Eagles might have to trade up for Gary if they really want him. Or perhaps he’ll fall further than expected on draft day. By bringing him in for a visit, the Eagles can be better prepared for that situation if it occurs. They’ll likely look into the shoulder injury that bothered Gary in 2018.

Five-star defensive end prospect coming into Michigan who leaves with those same five-star traits and loads of potential but a lack of development in key areas. Gary is a face-up rusher who seems content to hit tackles with bull-rush attempts rather than working the edges. He’s explosive out of the blocks and in closing to the quarterback, and is just waiting for hand development and additional rush moves. His size, strength and motor could make him a plus run defender in short order. He has elite potential if a defensive coordinator can harness the energy and focus his approach. 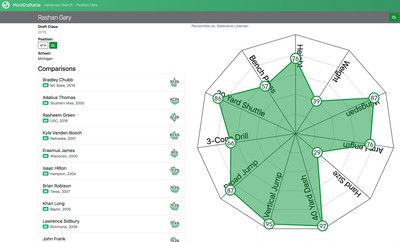 Lawrence has been linked to the Eagles in a number of mock draft scenarios. He’s a mountain of a man at 6-4, 340 pounds. We wrote about him in more detail earlier today, so go check that out.

The Eagles are likely bringing Lawrence to Philly in part to ask him about his failed PEDs test. Lawrence might be in play at No. 25 overall. 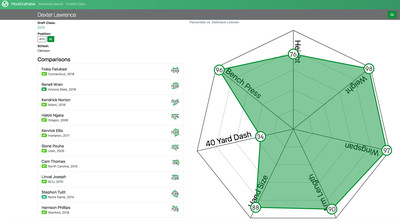 Johnson is the sixth receiver the Eagles have brought in for a pre-draft visit. That’s 20% of their visits on that one position. A lot of those guys (Johnson included) have slot ability, which isn’t shocking with Nelson Agholor set to be a free agent after this season.

Johnson gets knocked for drop issues but he has the ability to make plays when he gets out in space. The Eagles already hosted a potential gadget player in Parris Campbell. Johnson could also get some offensive touches as a role player.

Zierlein projects Johnson, who is drawing Emmanuel Sanders comparisons, to be selected in the fourth or fifth round. Scouting report:

Despite a lack of desired size, Johnson might have the ability to play inside or outside thanks to his speed and ability to elude press from his release. He has basketball athleticism, but his routes will need more focus and less freestyle once he steps up in competition. The athleticism and quickness should allow for a wide range of usage on offense but his hands might always be a concern for him. He’s a little small and wasn’t as fast or quick at the combine as expected, so Day 3 in the draft is his likely landing spot as a WR3/WR4 talent. 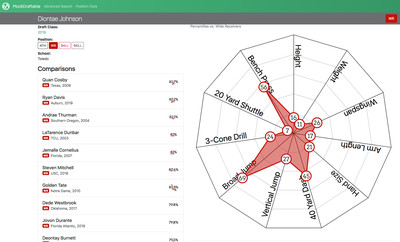 Armstead finished his Temple career with a major workload. He took 573 carries for 2,812 carries (4.9 average) and 34 touchdowns. He wasn’t much of a pass catcher with just 29 receptions for 175 yards (6.0 average) and zero receiving scores in 56 total games played.

Armstead isn’t the style of running back who figures to be an ideal complement to Jordan Howard. Rather, he could be a potential Howard replacement considering the former Bears draft pick is scheduled to be a free agent after this season.

Armstead projects as a Day 3 pick. Gil Brandt has him ranked No. 146 overall while The Draft Network has him at No. 193.

Face-first runner who doesn’t appear to care that brakes come standard with the vehicle. Armstead’s feet fire like pistons from the beginning of the snap all the way through his physical finishes. While he’s not classically elusive, he does find his own yards by slithering through tight quarters or stacking yards after contact. His size, decisiveness and effort in pass protection should land him work as a backup, but his play traits could help him find more carries than expected as a pro. 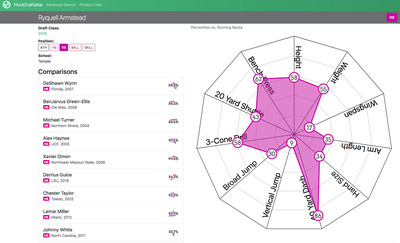