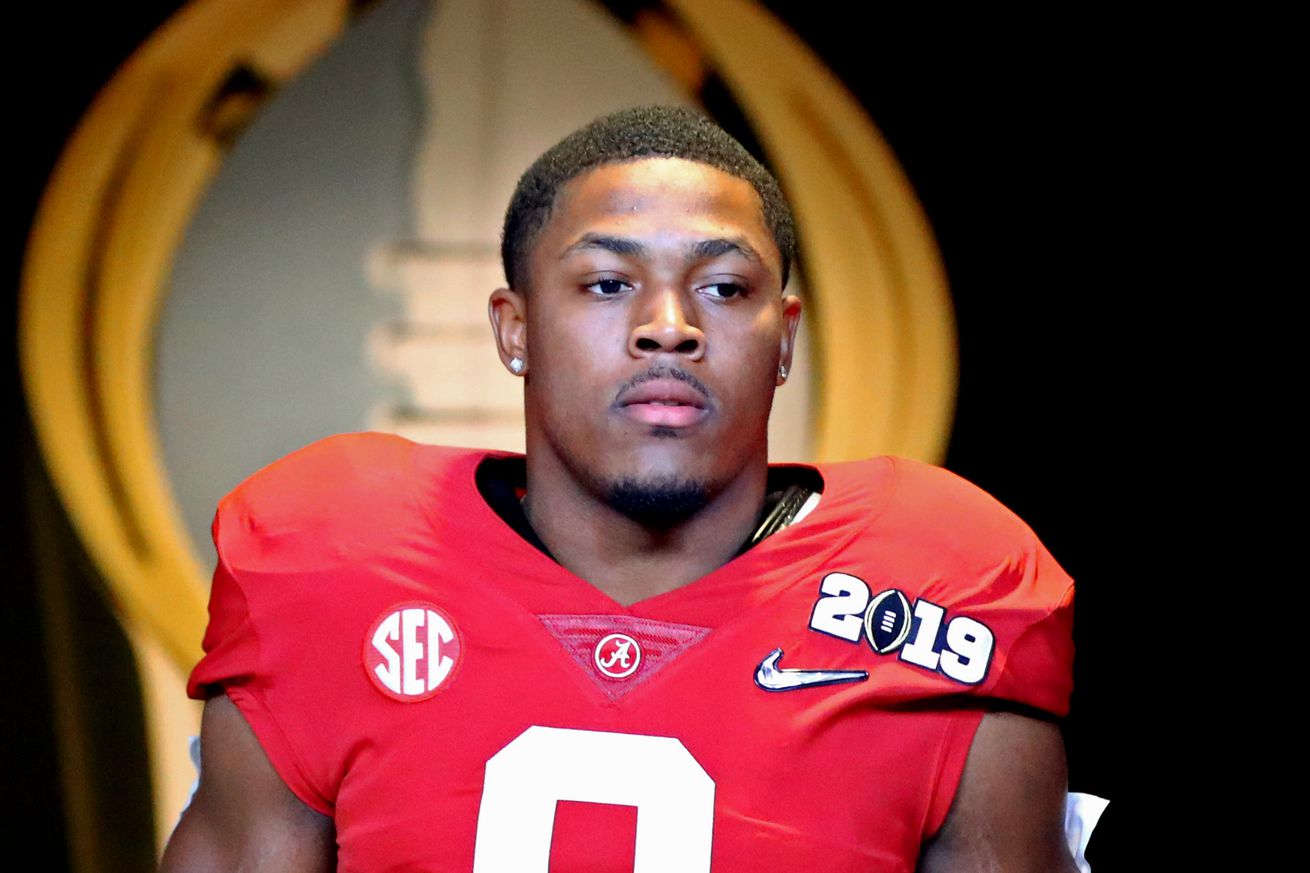 Is there anything more accurate than a March mock draft? I struggle to think of anything. What about a fan poll mock draft? Now we’re cooking with oil!

Utilizing The Draft Network’s Mock Draft Machine, I conducted a series of Twitter polls that begged the question, “Who should the Philadelphia Eagles draft?” I felt this was a perfect scheme to discuss potential targets while passing all the blame onto the voters. You’ll still shoot the messenger since you probably skipped this part.

What You Need to Know About the Dow J…
Choose The Perfect Rug
Is Self-Help a Scam
CBD 2020: What to Expect + Our Top Pr…
The Brick Turns 21

Upset with the results? Please, be my guest and go through your own 7-round mock and post them in the comments. Enough chatter, the Eagles are on the clock!

I don’t believe the Eagles will draft a running back in round one. If they did, it’s because the board fell like this. With no Wilkins or top tier offensive tackle it leaves a diminished group. If not a running back, you’re looking at top talent at the safety position. Is this the year the Eagles grab one? Or do they sign a veteran to be the third in their big dime/nickel packages? What about drafting a falling edge rusher that showed up to the Combine disgruntled and sloppy?

Jacobs is the most complete back in the class. Period. Inside, outside, receiving, blocking.. nobody possesses his well-rounded skill set. He can run you over and he can leave you looking for your jockstrap.

As the 2018 season unfolded, the Eagles’ running backs had people changing their definition of a “feature back” weekly. Josh Adams isn’t one. Wendell Smallwood and Corey Clement aren’t either. Josh Jacobs? Yes. He’s a lot closer to being one than what the Eagles’ have been trotting out after Jay Ajayi went down.

This was a close one, but Jones edged out Thornhill and the Eagles decide to beef up their interior. I use “beef up” loosely, as Jones isn’t going to be a plus in the run game early in his career. Freeze frame his first step and you’ll see a quick get off with awful pad level. That causes him to be moved and wash out of plays.

That first step does allow him to win as a pass rusher though. He also possesses good flexibility throughout his body and a decent toolbox of pass rush moves. He’ll be a situational player to start as he works the rest of his kinks out. Fixing his pad level will hide the warts in his game and keep him on the field in running situations. How long you’re willing to wait on that tweak is the question.

Jones came in at 40th overall in my pre-Combine big board and was my 5th ranked interior defensive tackle when I studied the group last month. This is solid value.

Twitter polls are a flawed process. Thornhill was in the lead and then Jon Ledyard of The Draft Network retweets the poll and Mack Wilson takes a strong step forward. It’s okay, we’ll get a safety later. Wilson is an acceptable value here and currently sits as my LB3.

If I could trade Wilson for Devin Bush Jr. and Jacobs for Memphis running back Darrell Henderson… I’d consider it. Bush is a clear tier ahead of Wilson, who was clearly outplayed by his teammate Dylan Moses. New strategy: Draft Dylan Moses next year and prosper.

As a side note, don’t sleep on Terry McLaurin here. His teammate Parris Campbell is getting all the love after running a 4.31. Make no mistake, McLaurin has the far more complete route tree and 4.35 isn’t slow.

I wrote about Edoga in my offensive tackle rankings, here’s what I had to say:

“...raised eyebrows at the Senior Bowl with superb athleticism and overall performance. There are inconsistencies in his game, but the more troubling aspect to Edoga will be under scrutiny at the Combine. His interviews will be important, as the word is evaluators are concerned about his character. If he lands with a coach that can get through to him, Edoga’s high ceiling will be within reach and worth an early investment.”

Boykin shredded Day 2 of the Combine. Coming in at 6’3 3/4” and 220 pounds, Boykin ran a 4.42 40-yard dash, hit 43 1/2” on the vert, and literally flew 11’8” on his broad jump (99th percentile). Those that raced to his film saw some of that explosiveness on film, but also saw a good deal of refinement needed. Might not contribute significant snaps in 2019, but he could also press some others out of a job in the future.

I breezed through some Hampton tape in search for top safeties in this group. His physical/athletic profiles are his best assets right now. With more overall development needed, Hampton will have to earn his keep on special teams before cracking the “big nickel/dime” packages. Enticing tools with which to work if he can stick.

Dealing with bicep, toe, and ankle injuries, Gustin has only played nine games in the last two years as a Trojan. That’s a shame, because he was off to a good start in 2018. In six games he racked up 7.5 sacks before shutting it down. Gustin is a throwback player and partial maniac that can hopefully stay on the field more than the trainers’ table.

If the Eagles’ are looking for more depth along the line they might as well bet on an athlete. Bates quietly put on a fantastic performance at the Combine. Bates has spent time at tackle and guard and represents the type of versatility and mobility the Eagles’ covet.

You can love or hate this draft, but at the end of the day the gentle readers did better than Todd McShay. It’s a low bar, but I’m proud of all of you.