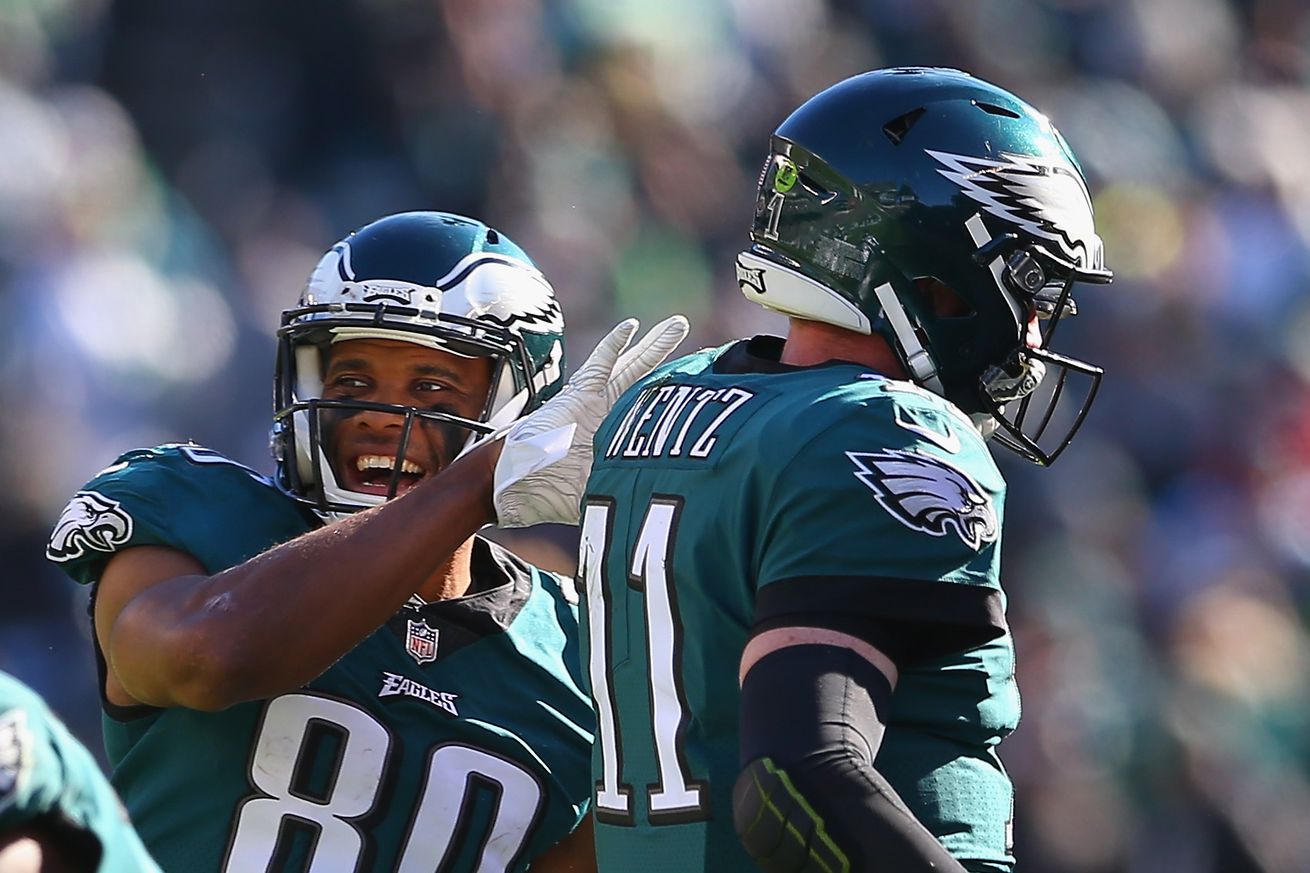 Here are the teams you should be rooting for ... and against.

Here’s a look at which teams Philadelphia Eagles fans should be rooting for during NFL Week 10 games.

Dallas Cowboys at Philadelphia Eagles: Huge game that the Eagles MUST win. If Washington loses to the Bucs and Philly beats Dallas, the Eagles will be first in the NFC East. A Cowboys loss also drops them to 3-6, which would be pretty sweet. Root for the Eagles, or else.

Eagles currently have a 60% chance of making the playoffs, per ESPN FPI. Swings to 70 percent with a win over Dallas, ⬇️ 35% with a loss.

Washington Redskins at Tampa Bay Buccaneers: As previously stated, the Eagles can move into first place if Washington loses to the Bucs. Root for the Buccaneers.

New York Giants at San Francisco 49ers: The Giants are 1-7. They can only screw up their draft positioning by winning games at this point. Root for the 49ers to lose.

New Orleans Saints at Cincinnati Bengals: The Saints are the most threatening team in the NFC. We don’t want to see them get the No. 1 seed. Also, it’s better for the Eagles if the Bengals win because that makes it harder for Baltimore to make the playoffs. Your weekly reminder that Philly owns the Ravens’ 2019 second-round draft pick. Root for the Bengals.

Atlanta Falcons at Cleveland Browns: The 4-4 Falcons actually rank ahead of the Eagles in the NFC playoff picture because their conference record tie-breaker is the difference in a three-way tie among Atlanta, Seattle, and Philly. It’s obviously preferable for the AFC team to win here. Root for the Browns.

Detroit Lions at Chicago Bears: The Bears are the bigger threat in the NFC. Root for the Lions.

Arizona Cardinals at Kansas City Chiefs: Need the Cardinals to keep losing so that they can get a better draft pick than the Giants. Plus we might as well for Andy Reid’s team to maintain their status as the No. 1 seed in the AFC. Root for the Chiefs.

Seattle Seahawks at Los Angeles Rams: It’s preferable to have the Rams — and not the Saints — as the No. 1 seed. You’d rather have to play in Los Angles than New Orleans. Plus the Seahawks are currently ahead of the Eagles in a three-way tie. Seattle’s loss helps the Eagles more. Root for the Rams.

Miami Dolphins at Green Bay Packers: Keep Aaron Rodgers away from the playoffs. Root for the Dolphins.

Baltimore Ravens: The Ravens have their bye this week. News out of Baltimore is that Joe Flacco is dealing with a hip injury that could keep him out in Week 11, if not longer. If Flacco can’t play, rookie quarterback Lamar Jackson could be forced into action. Jackson might actually be better than Flacco but maybe he’ll have some rookie growing pains. For the sake of getting a better second-round pick, the Eagles will hope Baltimore’s losing streak persists.

New England Patriots at Tennessee Titans: Keep the Pats away from the No. 1 seed in the AFC. Root for the Titans.

Buffalo Bills at New York Jets: The Giants have a better chance of surpassing the Bills (2-7) in the draft order than the Jets (3-6). Need Buffalo to keep losing. Root for the Jets.

Jacksonville Jaguars at Indianapolis Colts: How can you not root for Frank Reich? Root for the Colts.

Los Angeles Chargers at Oakland Raiders: Need the Raiders to keep losing so that they can get a better draft pick than the Giants. Root for the Chargers.

Baltimore Ravens: The Ravens return from their bye to host the Bengals.

Denver Broncos: Next up for the Broncos is a road game against the Bolts.

Houston Texans: Houston will try to extend their win streak to seven games as they face Washington at FedEx Field in Week 11.

Minnesota Vikings: The Vikes return from their bye to play the Bears in Chicago.