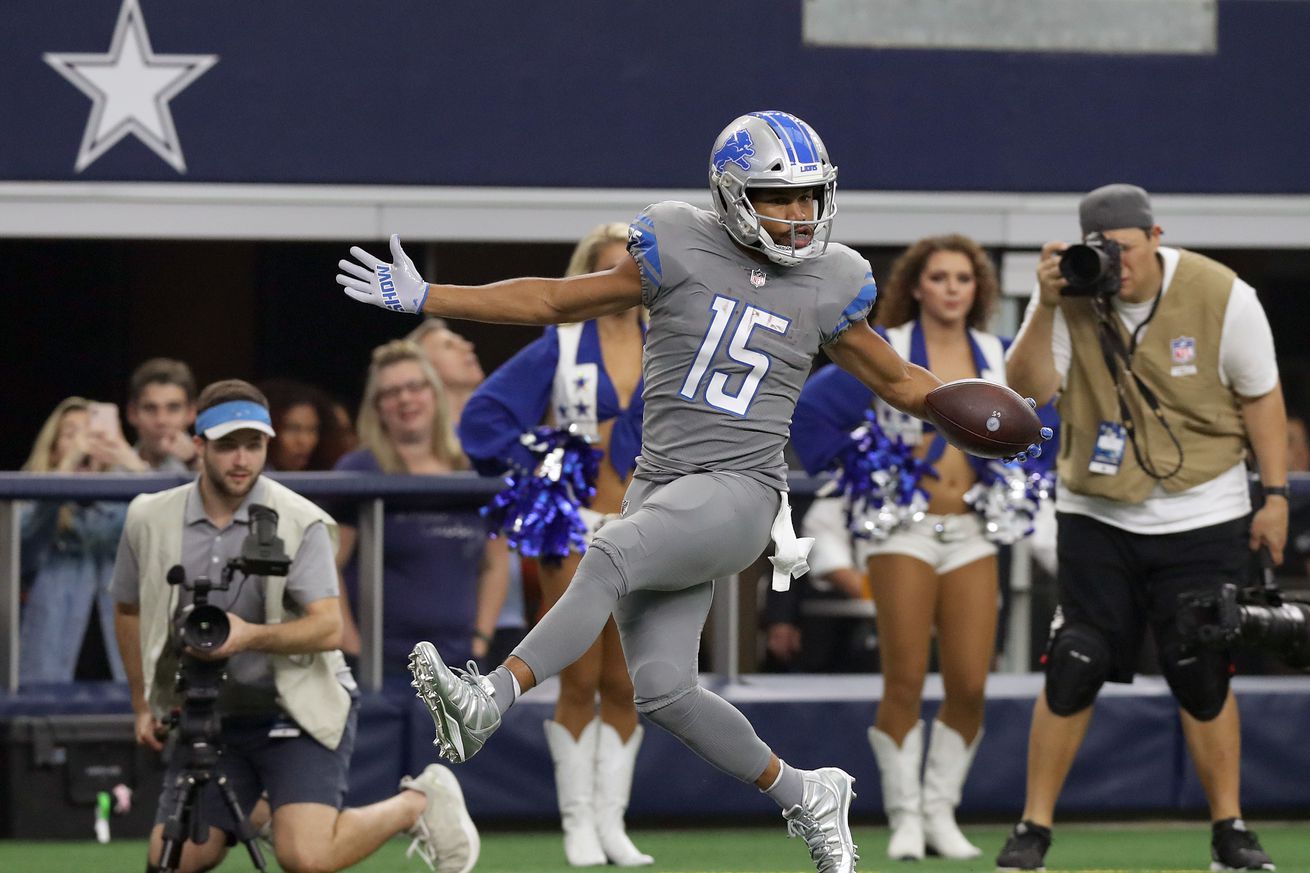 Plus, Tate has at least one familiar face in the Philly locker room.

It hasn’t been long since news dropped that Howie Roseman pulled off a trade to bring in wide receiver Golden Tate for a third round draft pick, and as BLG pointed out, it’s either an expensive short-term rental, or potentially costly long-term pickup.

“A third-round pick for Tate is a significant cost for a rental. The veteran pass catcher is set to be a free agent after this season. It’s possible the Eagles could re-sign him, but Philadelphia might just opt to let him walk and hope he signs a big contract with another team in order to acquire a 2020 compensatory draft pick.”

Either way, it shows that the Eagles are still all-in on the 2018 season (despite being 4-4) and the newest Eagle receiver has already taken to Twitter to embrace the move.

It’s been real DETROIT! I’ll love ya forever. Philly Philly let’s get it!!

And he was quickly welcomed by his new quarterback, who should be plenty excited to add the 9-year veteran to the Eagles roster. Tate has been a consistent 1,000-yard receiver over the past several seasons, and will be an instant contributor for the team.

Let’s roll my man! Excited to compete with ya! #flyeaglesfly @ShowtimeTate https://t.co/Cy1pARU7HZ

Tate will also have at least one familiar face when he heads to Philly; he and Chris Maragos were teammates in Seattle from 2011-2013, and the Eagles safety seems very happy to be reconnected.

Bird gang you’re gonna love @ShowtimeTate excited to have you back as a teammate! #FlyEaglesFly

Plus, current and former Eagles were quick to join in welcoming what should be an exciting offensive weapon for the team.

For a team that needs YAC grabbing @ShowtimeTate is HUGE!! He excels when the ball is in his hands!! #flyeaglesfly

Good move #Eagles move to get G. Tate! Can play multiple WR positions and he's a crafty route runner & veteran. Can win at the LOS, beat #2 CBs and if you sleep on him he can get deep! Not a speed guy, but can create space to win vertically!! #UltimateCompetitor

Eagles just added the most disrespectful wideout in the game. Perfect fit.

And for good measure, it’s always fun to use the Eagles’ good fortunes to be thankful they are not associated with the dumpster fire that is the Cowboys.

when you see the eagles shipped a 3rd round pick for golden tate while the cowboys gave up a 1st round pick for amari cooper pic.twitter.com/KwF4RfeFsQ