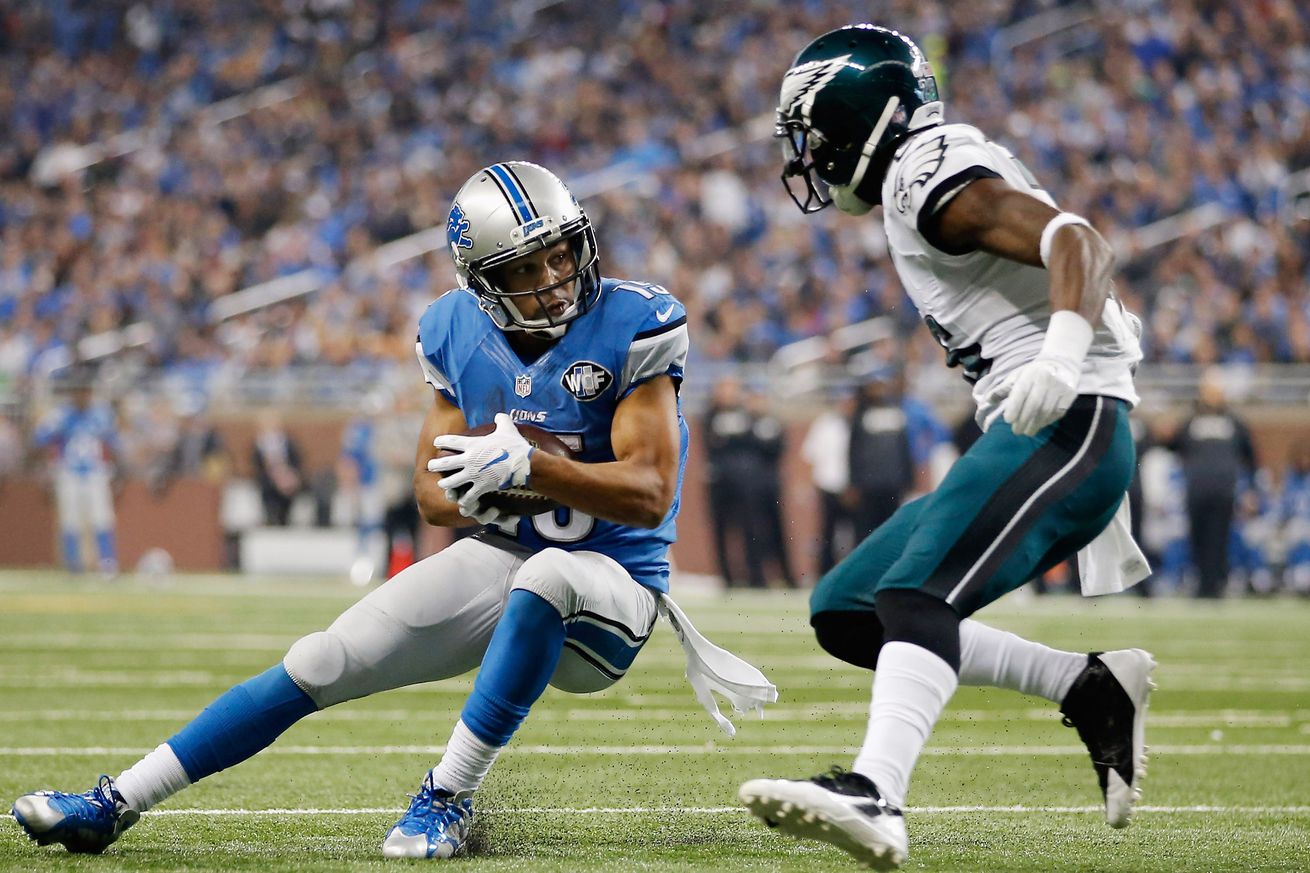 Feeling the need to upgrade their supporting cast around Carson Wentz, the Philadelphia Eagles traded a 2019 third-round pick to the Detroit Lions in exchange for Golden Tate on Tuesday.

In order to better get to know the Eagles’ new wide receiver, I thought it’d benefit BGN readers to get a Detroit Lions perspective on Tate. In order to do that, I reached out to Mansur Shaheen (@MansurShaheen) from Pride Of Detroit. Here’s what he had to say.

1 - Can you sum up Tate’s career with Detroit?

He will probably go down as one of the better receivers in Detroit Lions history. Outside of Stafford, he was the most important player on our offense post-Megatron. In only 4 years and some change he became our 7th all-time leading receiver. He was also the crux of our entire offenses short passing game. It would not be a stretch to say that he is one of the top 15 Lions of all time.

2 - Over at Pride of Detroit, I noticed it was said the “Lions done messed up” with this trade. How are fans reacting to this trade?

Badly. The move makes sense, sending a player on a contract year away for a future asset, especially if you believe the Lions are not going anywhere this season. It still hurts to see a player that was so integral to everything this team did just suddenly be gone. He was also the best personality on the team, and his absence makes the Lions a little less fun to watch.

3 - What are Tate’s strengths?

Tate is basically everything you want out of a slot receiver. He can catch short passes and torch defences for long gains. He is a crisp route runner with great footwork, which allows him to get the better of even the best coverage. His body control, especially near the sideline, is s great as well and he always seems to get both feet inbounds. Tate is zone buster who is great at finding open space in defences. Basically imagine Nelson Agholor playing at his full potential, and then some.

4 - What are Tate’s weaknesses?

Nothing really stands out. He drops the occasional pass. Tate is not very physically imposing but he seems to fare well anyways for the most part. Sometimes he and Matthew Stafford were not on the same page but it is hard to tell whether that is a Tate issue or a Stafford issue.

5 - The Eagles already have some receivers who primarily excel in the slot. To what extent can Tate be effective on the outside?

His combination of speed, route running and football IQ make him a threat anywhere. In 2016 the Lions had Anquan Boldin in the slot for the most part and Tate played out wide a lot more. He was a great option that could stretch the field and take the top off of defenses to create room for the other receivers underneath. With Marvin Jones and Kenny Golladay in the picture, he has done less of that this season but his skill should still translate to the outside.

6 - Anything to know about Tate off the field? He seems to have a swagger that I think Eagles fans will enjoy.

Tate is an absolute joy. His twitter account is amazing as he has no fear of snapping back at reporters. He also has the “Golden Tate Future Foundation” where he works to better the lives of veterans once they leave active duty. He is overall a really good dude both on and off the field. 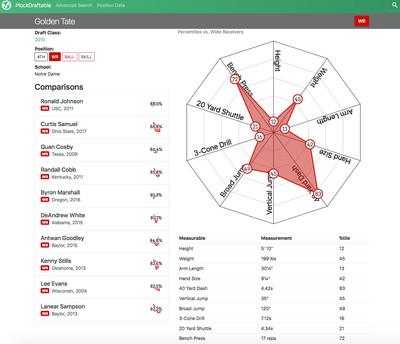 More from the Pride of Detroit perspective: