Carson Wentz will return to 11-on-11 in Eagles practice 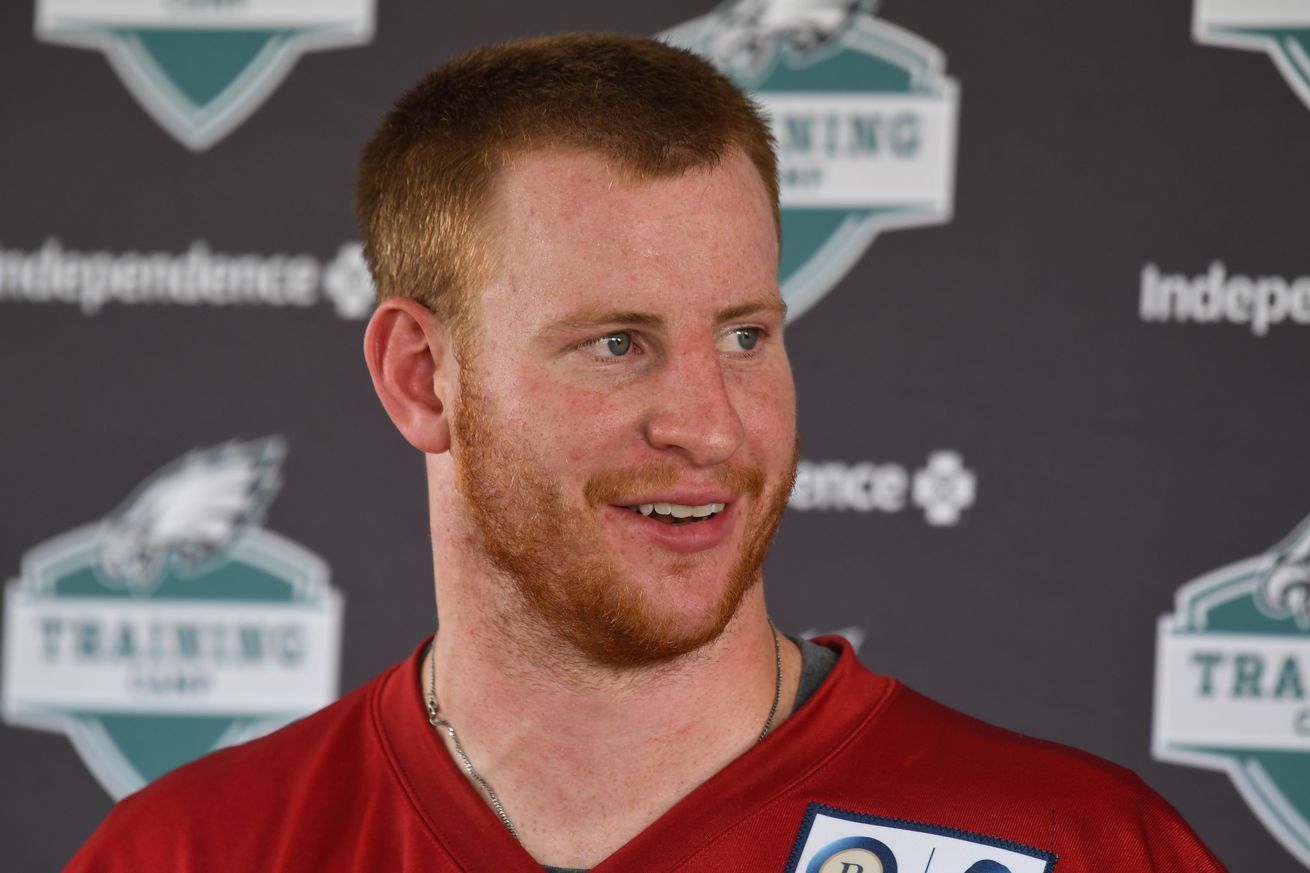 Here’s some good news for you to enjoy on your Saturday: Philadelphia Eagles franchise quarterback Carson Wentz is returning to full team 11-on-11 drills in practice this week, according to NFL insider Chris Mortensen.

Wentz was given the green light after meeting with the team’s medical staff and coach Doug Pederson, among others, a source said. It is not a surprising development, inasmuch Wentz said Tuesday he hoped to return to 11-on-11 work and Pederson acknowledged a decision was forthcoming.

As Mort notes, this news is hardly shocking. But it’s still good to see everything is going according to plan.

Despite the fact Wentz will be back at practice, Mort says No. 11 will NOT be participating in the Eagles’ final two preseason games.

This is not shocking, either. Wentz has previously said he feels like he doesn’t need to play in preseason to be ready for the regular season. It’s also been reported that the Eagles feel the same way.

Wentz was looking healthy and great for the couple days he participated in 11-on-11 early in Eagles training camp. The team then backed him off while stating that they had seen enough to feel good about his status and didn’t need to further risk injury.

But now Wentz is back with 19 days until the Eagles play their regular season opener against the Atlanta Falcons on Thursday, September 6. That may be enough time for him to be ready. I’ve said all along that I fully expect him to play.

If Wentz isn’t ready, however, it’ll likely be Nick Foles under center in Week 1. The reigning Super Bowl MVP appears to be OK after suffering a shoulder strain on Thursday evening. Mort says that Foles’ injury is “not serious and he still could practice some this week.”

So, good news all around.

The next hurdle for Wentz is that he needs to be cleared for full contact. Just because he’s doing 11-on-11 doesn’t mean he’s at that point yet. Once he is, he should be ready to play. It’s possible that happens in time for Week 1.

Carson Wentz will return to 11-on-11 in Eagles practice