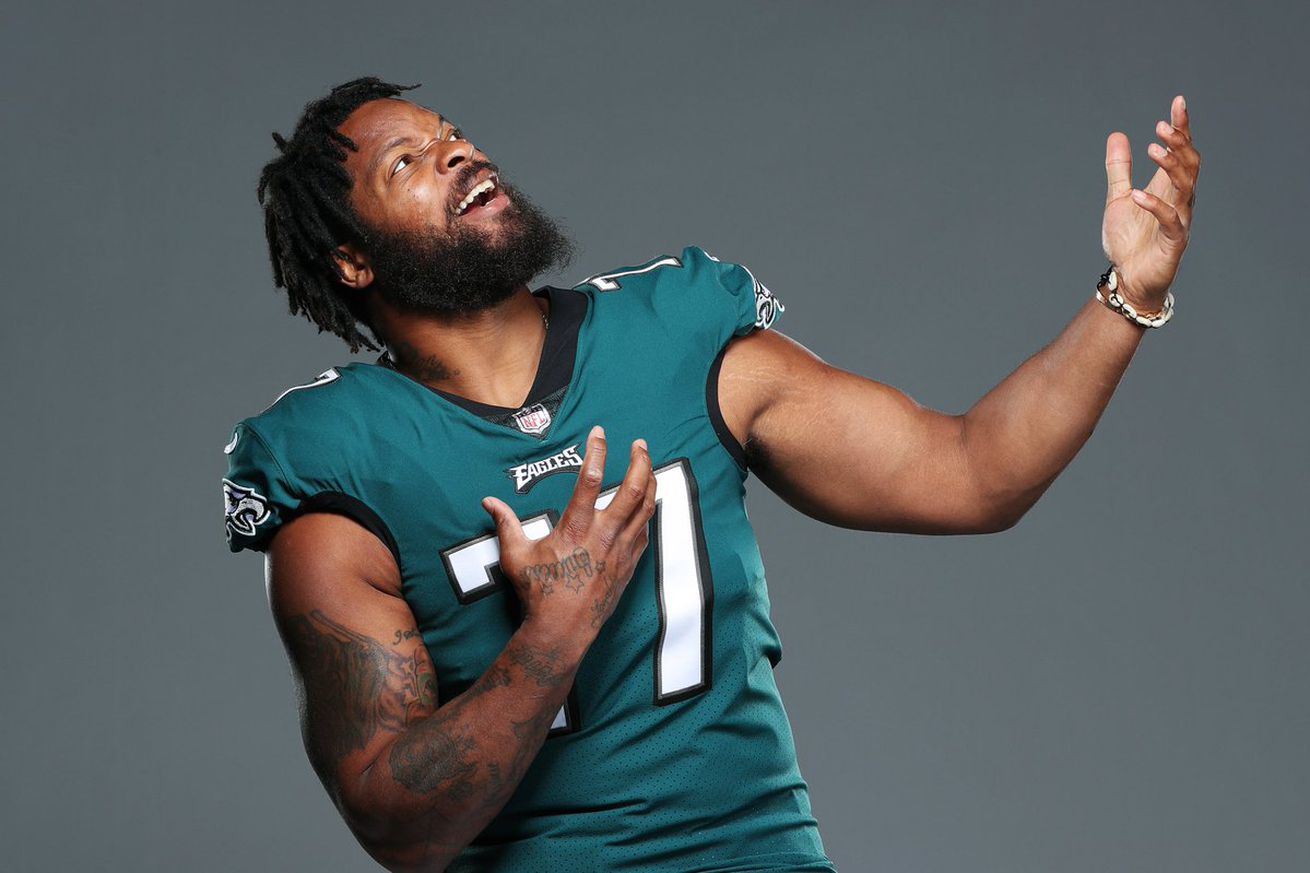 Moses Bread has landed in Philly.

Michael Bennett has seemingly arrived in Philadelphia in time for Eagles mandatory minicamp this week. The veteran defensive end posted the following tweet on Twitter on Monday evening:

It’s GO time. #blessed to be an @Eagles #FlyEaglesFly pic.twitter.com/8tO9Zq7fjw

This picture comes from the promotional shots the Eagles were going through on Monday.

Tuesday marks the first time Bennett will participate in an Eagles practice open to the media. The 32-year-old skipped the entirety of Philadelphia’s voluntary OTA practices, but Doug Pederson did note Bennett was with the Eagles for some of their Phase 2 workouts.

Bennett, one of the league’s most outspoken players, figures to be available to reporters in the locker room after today’s practice. It’ll be the first time we get to hear from him since he was accused of allegedly injuring an elderly paraplegic woman. Speaking of that case, Bennett’s arraignment date is scheduled for June 27 after being pushed back twice.

In addition to a busy day at the NovaCare Complex, Bennett has a book signing in Germantown starting at 8:00 PM ET.