The Eagles’ most valuable late round draft steal of all-time 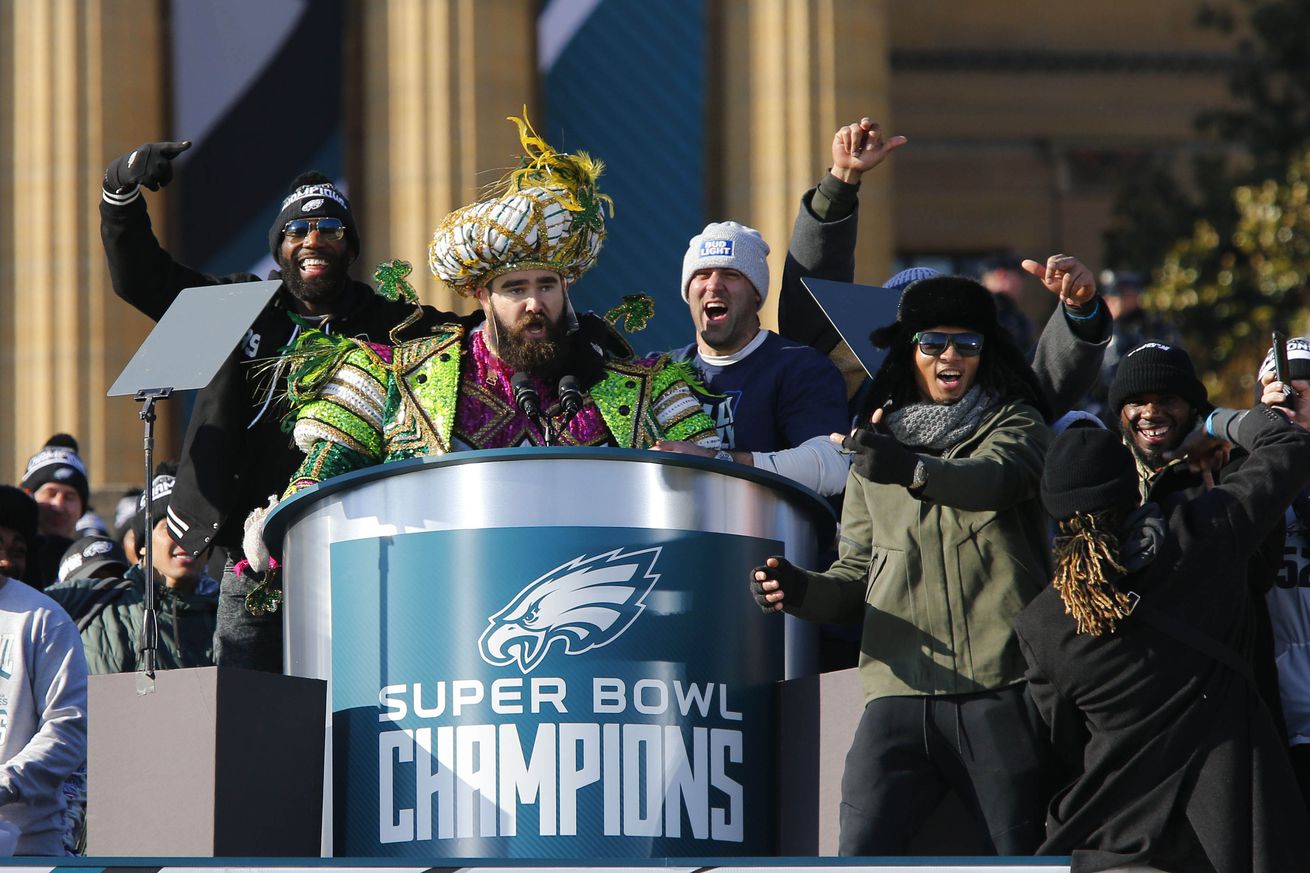 The Mayor of Philly.

With the 2018 NFL Draft officially in the books, there’s a lot of talk about which teams ended up getting the biggest “steals.” Some claim the Eagles got one of their own with the Josh Sweat pick in the fourth round.

While we’re on the topic of draft steals, I figured now would be good of a time as ever to share this really good video SB Nation made about the biggest steal in Eagles history: Jason Kelce.

This is hardly to suggest Kelce was the only great Eagles draft steal of all time. You could make your case for a number of players.

But I always think we kind of take Kelce’s career for granted. He was a sixth-round pick who immediately stepped in and took over for a very reliable center in Jamaal Jackson. He’s developed into arguably the best center in the league. It’s a treat watching the athletic wonder get out in space and make blocks at the second level.

His personality is what really puts him over the top as the greatest Eagles draft steal. His Super Bowl parade speech is iconic. Not going to lie, I was re-watching that recently and it made me want to cry. I don’t think many athletes “get” Philadelphia as much as we know Kelce does. He’s the ultimate underdog. He’s a real life Rocky.

So here’s to you, Jason. You’re a legend in Philadelphia and you should always be remembered as such.

The Eagles’ most valuable late round draft steal of all-time