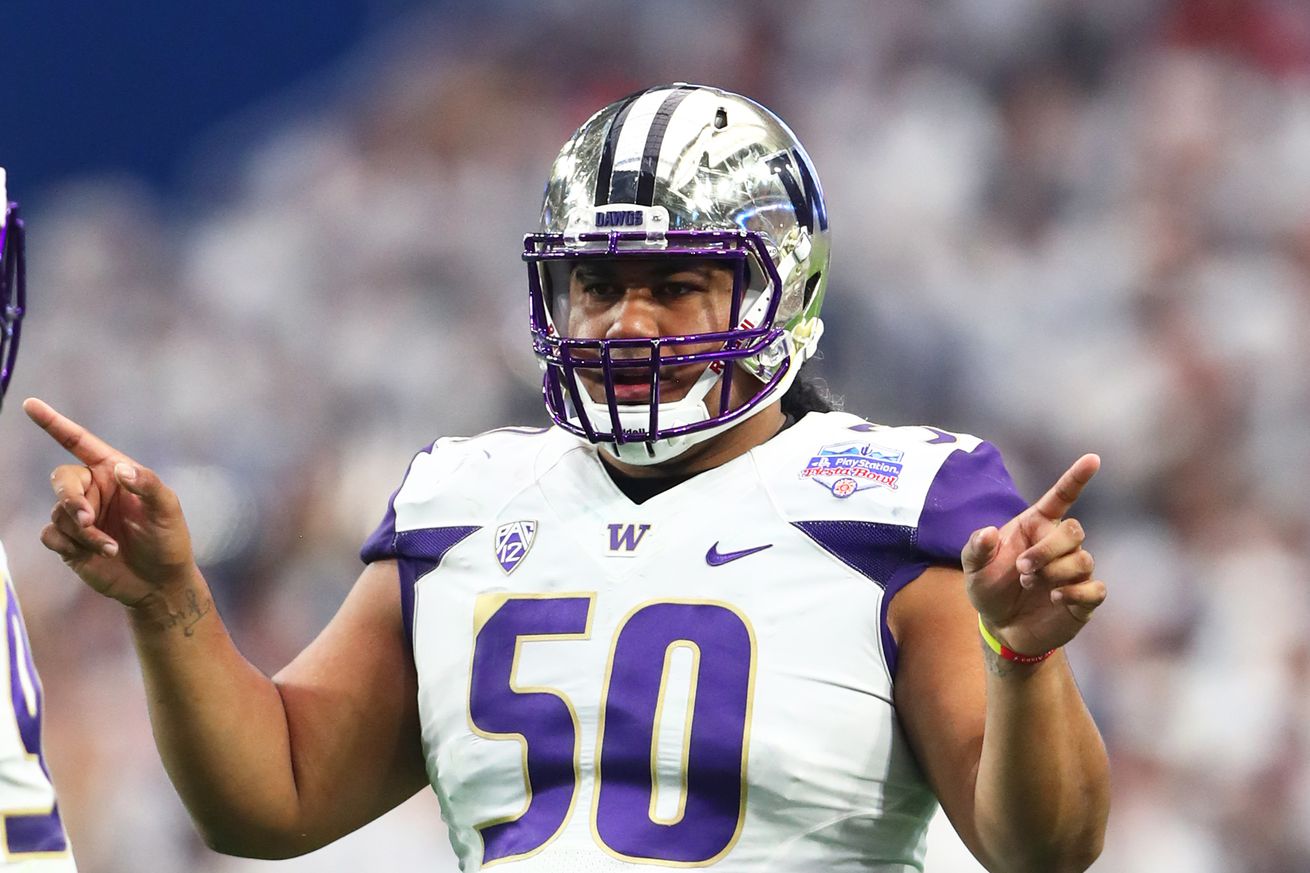 With the 2018 NFL Draft fastly approaching the Washington Redskins have a decision to make that could and should alter the way their offense and defense performs moving forward. Many changes have occurred this off-season in the Nation’s Capital.

QB Kirk Cousins is now gone after being tagged the last two years and eventually wanting out and looking to elsewhere for more money that quite frankly the Redskins didn’t feel comfortable paying.

QB Alex Smith was traded to replace the soon to be Free Agent QB Kirk Cousins and in exchange the Redskins traded a 3rd round pick in the 2018 NFL draft and starting CB Kendall Fuller for the services of one QB Alex Smith.

Initially, one would think that the need should be in the secondary of the Redskins since CB Kendall Fuller was a solid contributor in their secondary. Players like DB Denzel Ward out of Ohio State or CB Josh Jackson out of Iowa would be able to replace Kendall Fuller and be better overall than Fuller, that isn’t the approach Washington had in mind when they selected DL Vita Vea.

The Washington Redskins problems were well noted on defense last year, the secondary was not the underlying issue. The front seven of the Redskins defense was the main culprit. Redskins surrendered 134.1 yards per game on the ground, ranked 31st against the run. Change was inevitable for a defense that was shredded apart like Swiss cheese.

Vita Vea stands at 6’5, weighing 340 Lbs. he is a massive, massive defensive lineman formerly of the University of Washington. A 3-year starter in college, he helped anchor a top tier defense in Washington State.

As the old adage goes, Defense wins Championships, as was seen by current division rival Philadelphia Eagles in their playoff run that inevitably led to their first SB Championship ever.

The Philadelphia Eagles defense held QB Matt Ryan of the Atlanta Falcons and QB Case Keenum formerly of the Minnesota Vikings to a collective 17 total points of offense. This type of shutdown defense is the type the Washington Redskins want to get back to. The Redskins want to get back to dictating the line of scrimmage and make opposing running-backs and Quarterback’s feel the pressure all day.

The 2018 NFL draft has depth at defensive line, but it lacks many true jack-of all- trades kind of a player. Vita Vea is actually the only player quite possibly in the entire draft that meets that description of being a jack-of all- trades player. Vita Vea can play on all positions of the Defensive-line. Nose-tackle, Defensive-tackle and even line up as a Defensive-end, he can apply pressure from the edge, if called upon to rotation in position he is that good.

Vita Vea possesses power, strength and an underrated agility that makes him deceptively fast on the point of attack which is the type of disruption the team needs to help bolster a once weak defensive line. On and Off the field, Vea has proven to be a leader. Though not vocal, his presence exudes a leadership quality that is hard to match.

A player like Vita Vea can help hold down play-makers like Ezekiel Elliott & Jay Ajayi to short gains. A strong showing and performance from a revitalized defensive line, should allow the Washington Redskins secondary to play even better than the year before and reach top 10 in total defense.

Redskins safety DJ Swearinger over the weekend clamored and pleaded through Twitter for his team to draft a defensive-lineman. Swearinger gets it, he knows what it takes to win in this league. With a more talented front seven, the secondary of the Redskins can play lights-out in 2018. Lest, we forget that the secondary ranked outside the top 10 against the pass. The Redskins ranked 11th overall, allowing just 213.8 passing yards a game to opposing QB’s.

Experts and Redskins fans may prefer a top-tier CB/DB that can play opposite CB Josh Norman but that need can be addressed later in the draft. The biggest, most underrated move that the Redskins need to make and should wisely make is drafting DL Vita Vea.

Now it’s time for you to vote for who YOU think Washington should pick in the 2018 BGN Consensus Mock Draft.