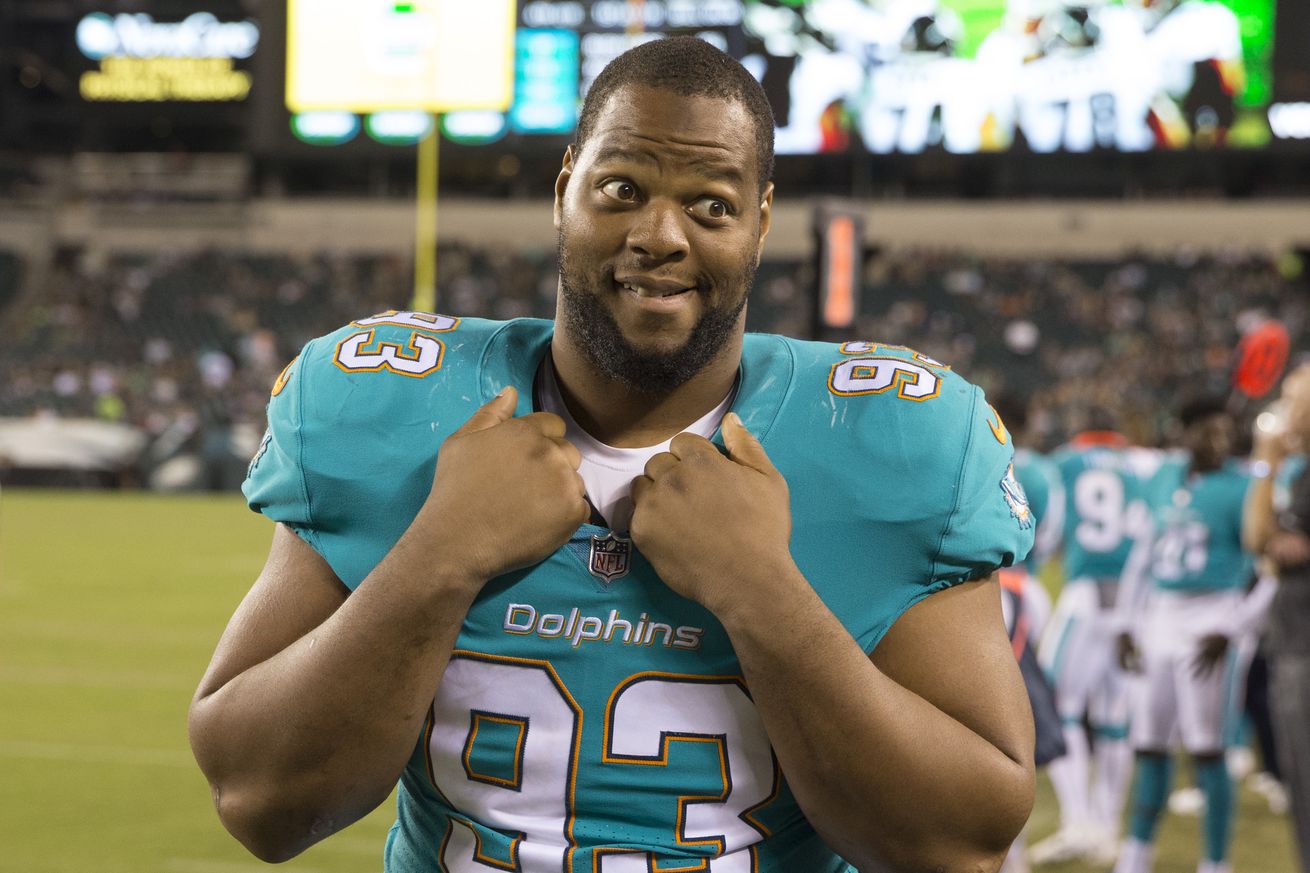 Well, this would be nice.

One interesting tidbit that fell in the cracks due to the craziness of Super Bowl week was this nugget reported by Robert Klemko of Sports Illustrated. Check this out:

When the team practiced against Miami, Dolphins players took note of how fast Eagles players moved from drill to drill. Lee recalls Ndamukong Suh being so impressed with the team that he approached Defensive line coach Chris Wilson with an offer: “Suh told our defensive line coach, ‘The way y’all practice is unbelievable. I don’t care about money at this point—I think I want to play with y’all next year for free,’” Lee says. “Our coach was like, ‘Uhh, can we get that in writing?’” (Suh, through a Dolphins spokesman, denies the incident.)

As you can see, Suh denied ever saying this, but Klemko was convinced the source of his information (Alex Lee) wasn’t lying.

I have a hard time seeing why the guy I interviewed would lie about that. There's literally no incentive for him.

It’s also entirely possible Suh said it but didn’t actually mean it. I mean, besides Chris Long, who donated his 2017 salary to charity, no one in the NFL plays for free.

But, for the sake of this article, let’s just imagine that Suh really did mean what he allegedly said.

Can you imagine a Defensive Tackle rotation of him, Fletcher Cox, and Tim Jernigan? That’d be monstrous. Suh had the 10th best pressure rate of 38 defensive tackles who played at least 50% of their team’s defensive snaps in 2017. For reference, Cox was second while Jernigan finished 15th. Beau Allen was 16th.

Speaking of Honey Beau Beau, he’s going to be a free agent. The Eagles might not be able to re-sign him. So with the Eagles needing a defensive tackle, maybe Suh is actually an option?

Nah. Suh is under contract through 2020. And cutting him would only save the Dolphins $3.9 million compared to $22.2 million in dead money. Then again, designating Suh as a post-June 1 cut could save $17 million.

And maybe the Dolphins might actually do that? Here’s an interesting note that NFL insider Jason La Canfora published today:

Confidants of owner Stephen Ross told me during the season that the owner was ready to move on from defensive tackle Ndamukong Suh, set to count a staggering $26 million against the cap.

If the Dolphins move on from Suh, and if Suh really meant what he allegedly said, maybe he’d be willing to reunite with his former head coach and current defensive coordinator Jim Schwartz in Philadelphia.

I really wouldn’t count on it, but hey, this is what the offseason is all about. Having fun speculating about crazy rumors!