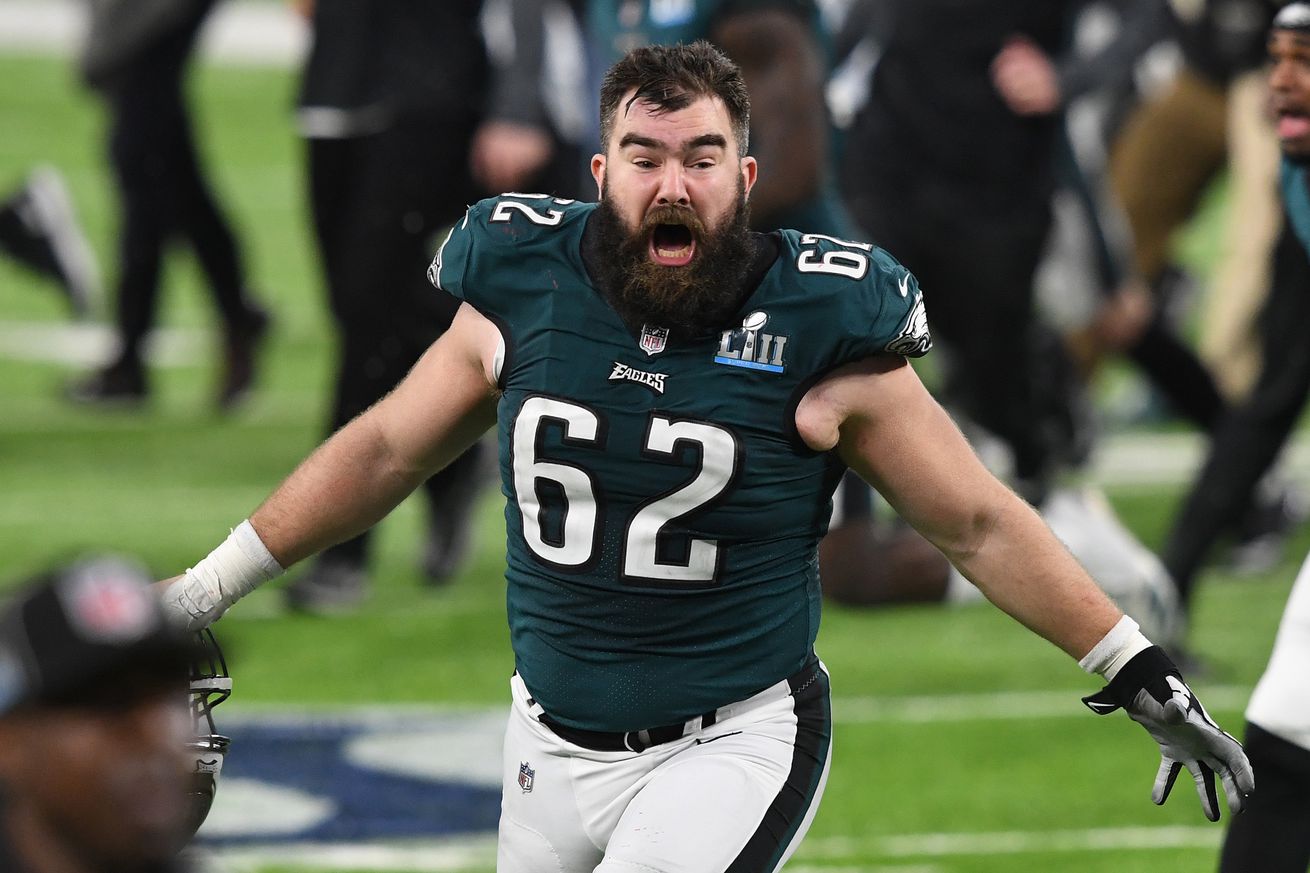 Speaking on the steps of the Philadelphia Art Museum following the Eagles’ Super Bowl parade on Broad Street, Kelce put all the haters and doubters ON BLAST.

All while dressed in fantastic clothing.

If you love the Eagles, let me get a hell yeah!

IF YOU LOVE THE PHILADELPHIA EAGLES, LET ME GET A HELL YEAH!

I’m going to take a second to talk to you about underdogs. I know Lane [Johnson] and Chris [Long] just talked about this, but I don’t think it’s been beat home enough.

Howie Roseman, a few years ago, was relinquished of all control, pretty much, in this organization. He was put in the side ... HEY, HEY ... he was put in the side of the building, where I didn’t see him for over a year. Two years ago, when they made a decision, he came out of there a different man. He came out of there with a purpose and a drive to to make this possible! And I saw a different Howie Roseman! An underdog!

Doug Pederson. When Doug Pederson was hired, he was rated as the worst coaching hire by a lot of freaking analysts in the media. This past offseason, SOME CLOWN NAMED MIKE LOMBARDI TOLD HIM HE WAS THE LEAST QUALIFIED HEAD COACH IN THE NFL! You saw a terrific Doug Pederson! A man who went for it on fourth and down, IN THE SUPER BOWL, WITH A TRICK PLAY! HE WASN’T PLAYING FOR JUST MEDIOCRE, HE WAS PLAYING FOR A SUPER BOWL!

Jason Peters was told he was too old! That he didn’t have it anymore. Before he got hurt, he was the best freaking tackle in the NFL.

Big V was told he didn’t have it!

Carson Wentz didn’t go to a Division I school!

Nick Foles don’t got it!

LeGarrette Blount aint got it anymore!

Brandon Graham was drafted too high!

Vinny Curry ain’t got it!

This entire organization, with a bunch of driven men, to accomplish something.

We were a bunch of underdogs. And you know what underdogs is? It’s a hungry dog.

And Jeff Stoutland has had this in the building for five years. It’s a quote in the o-line room that that’s stood on the wall for the last five years. “Hungry dogs run faster.” THAT’S THIS TEAM!

THE BOTTOM LINE IS: WE WANTED IT MORE!

All the players, all the coaches, the front office, Jeffrey Lurie, nobody wanted it more!

FOR 52 YEARS, YOU HAVE BEEN STARVED OF THIS CHAMPIONSHIP!

Here’s some more greatness from Kelce.

We’re from Philly, f**king Philly
No one likes us, we don’t care