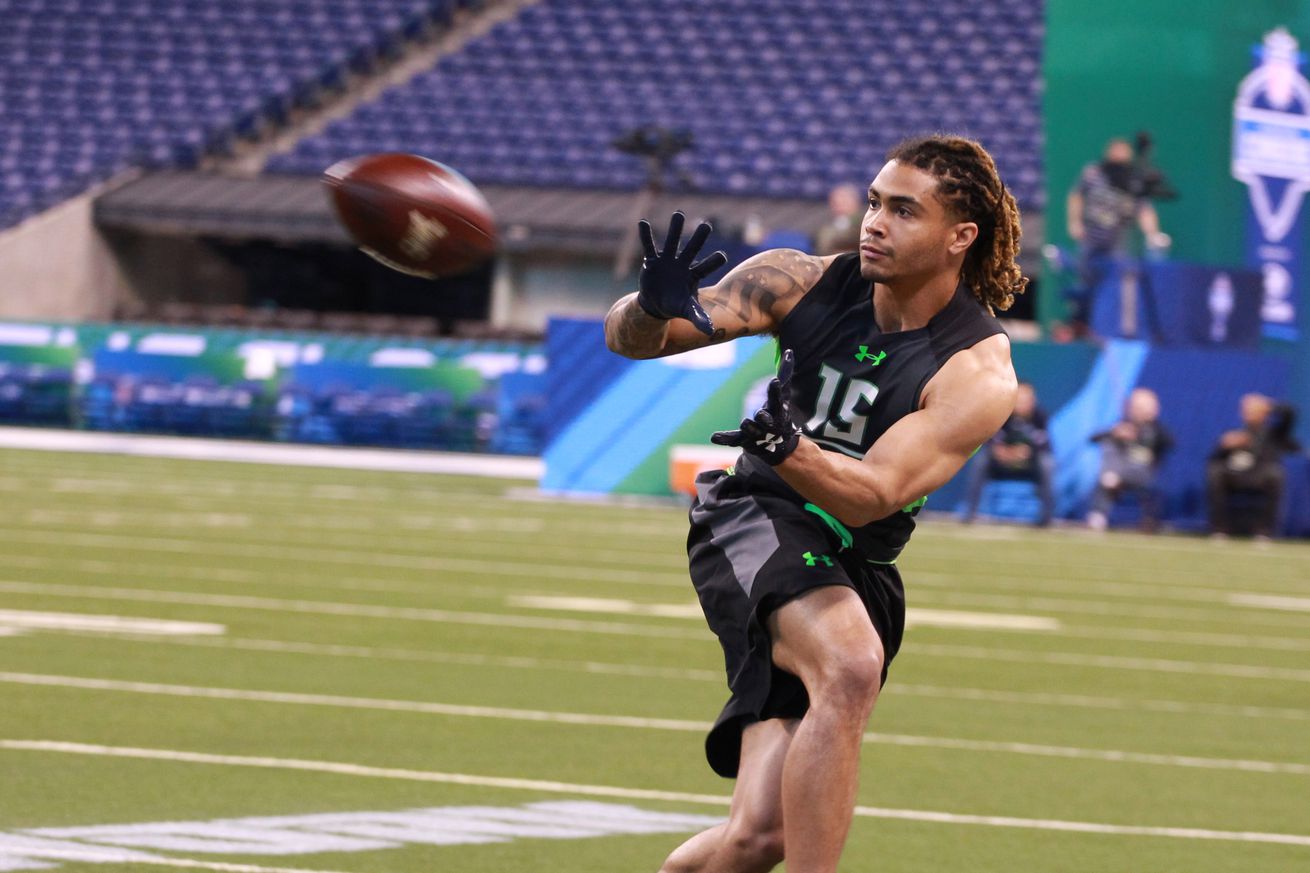 Yesterday was a "sexy" day for the on-field Drills because, theoretically, the fastest players in the class would be running. Boy, were we wrong. The wide receiver, overall, underwhelmed athletically and was, on average, the slowest class in the last 11 years. It wasn't just the wide receivers and the 40 yard dash, however, as the tight ends and quarterbacks were pretty average athletes across the board as well.

It felt like the quarterbacks all ran around 4.8 in the 40 yard dash with Dak Prescott, Vernon Adams, Trevone Boykin, Christian Hackenberg, Jared Goff and Connor Cook all running in that range. The fastest quarterback by far was former Florida and Louisiana Tech quarterback, Jeff Driskel when he posted a blazing 4.52. Of course, this hardly means much for him considering how shockingly bad most of his tape is. Maybe he has a future changing his position in the NFL. Other athletic tests that stood out were Paxton Lynch's jumps and Vernon Adams' agility drills. Both performed exceptionally and those athletic traits show up in their film, as Lynch has a very strong base and can be a bowling ball as a runner while Vernon Adams has excellent escapability. As for the throwing drills, most of the quarterbacks looked underwhelming. The only quarterback who looked very good against air was Jared Goff, who was consistently accurate the whole time while mostly everyone else seemed to misfire more than they should.

The wide receivers underwhelmed for the most part, with the best 40 coming from Will Fuller at 4.32, which was expected. His ability to burn on tape is more than evident and it showed out on the track. Unsurprisingly, the best jumps in the class came from Josh Doctson. Many expected the TCU star to standout in this area due to his tremendous ability to go up and dominate at the catch point. Doctson exceeded relatively lofty expectations however, posting the best overall Combine for receivers this year. There were questions surrounding his overall athletic ability coming into the draft process, and while he still may be maxed out physically, he is at a very good place athletically to come into the league. Agility drills yielded an expected result, with Braxton Miller having an outstanding showing. This is unsurprising given that Miller has been one of the most elusive players in college football over the last four years. The most surprising wide receiver combine, to me, was that of Stanford's Devon Cajuste. The 6'4", 234 pound receiver posted decent numbers for his size, except he ran an insane 3-cone drill. A 6.49 second 3-cone is better than 98% of wide receivers to do the drill in  recorded combine history and when you take into account Cajuste's weight, the number seems even crazier. Cajuste is a strange player because his NFL position is a bit unrealized yet, but I am sure some team will figure out a way to deploy him given his size and athletic ability.

Another shocking moment in the combine was how horrible De'Runnya Wilson was in testing. The Mississippi State standout posted decent speed and jump numbers...for an offensive tackle. Seriously, Wilson's 40 time and jumps are historically bad and should be pretty embarrassing. I have been a big fan of Wilson's through the process, but this gives me serious pause. I am curious to know if he was testing through injury or he was just that ill prepared. There are major red flags flying over his head right now, so this bears watching.

As for on field drills, Josh Doctson, Tyler Boyd and Laquon Treadwell stood out the most through various catching drills. Unsurprising given their propensity for strong hands at the college level. Boyd put on a show at the gauntlet to make up for mediocre athletic testing and Treadwell looked like a natural, hopefully making people forget he didn't run nor did he post very good numbers elsewhere. I doubt the combine changed many minds in terms of who is the top receiver. Nothing drastic happened to any of the guys people may have at the top that should make them reconsider.

Most underwhelming is the tight end class this year. This is one of the most underwhelming years for tight end as I can remember and that mediocrity manifested itself in the combine. The perceived "top" tight ends this year, Hunter Henry and Nick Vannett (who only have 4 more catches in his career than Henry had in 2015 alone) failed to standout in drills or athletic testing. Vannett had very nice agility scores, but overall he doesn't seem like enough of a freak to take a chance early on given how little he was used in college. Henry, who measured unfavorably with small hands and short arms also did not participate in any athletic tests besides bench press (which he underwhelmed in). On the field, the tight ends' drills were nondescript and no one stood out, which perfectly embodies the terribleness of this year's class.

Saturday's combine winners are few and far between. I would say Josh Doctson and Devon Cajuste's displays of athletic ability to pair with their size is going to make a lot of teams very happy. Doctson maintains his status as a top 20 player and could go much higher. Meanwhile, Cajuste, who many people were unsure of coming into yesterday, proved his ability is worth a late round flier.

Besides that? Well, eventually De'Runnya Wilson will finish his 40 yard dash and we can ask him why he was so slow when he does.