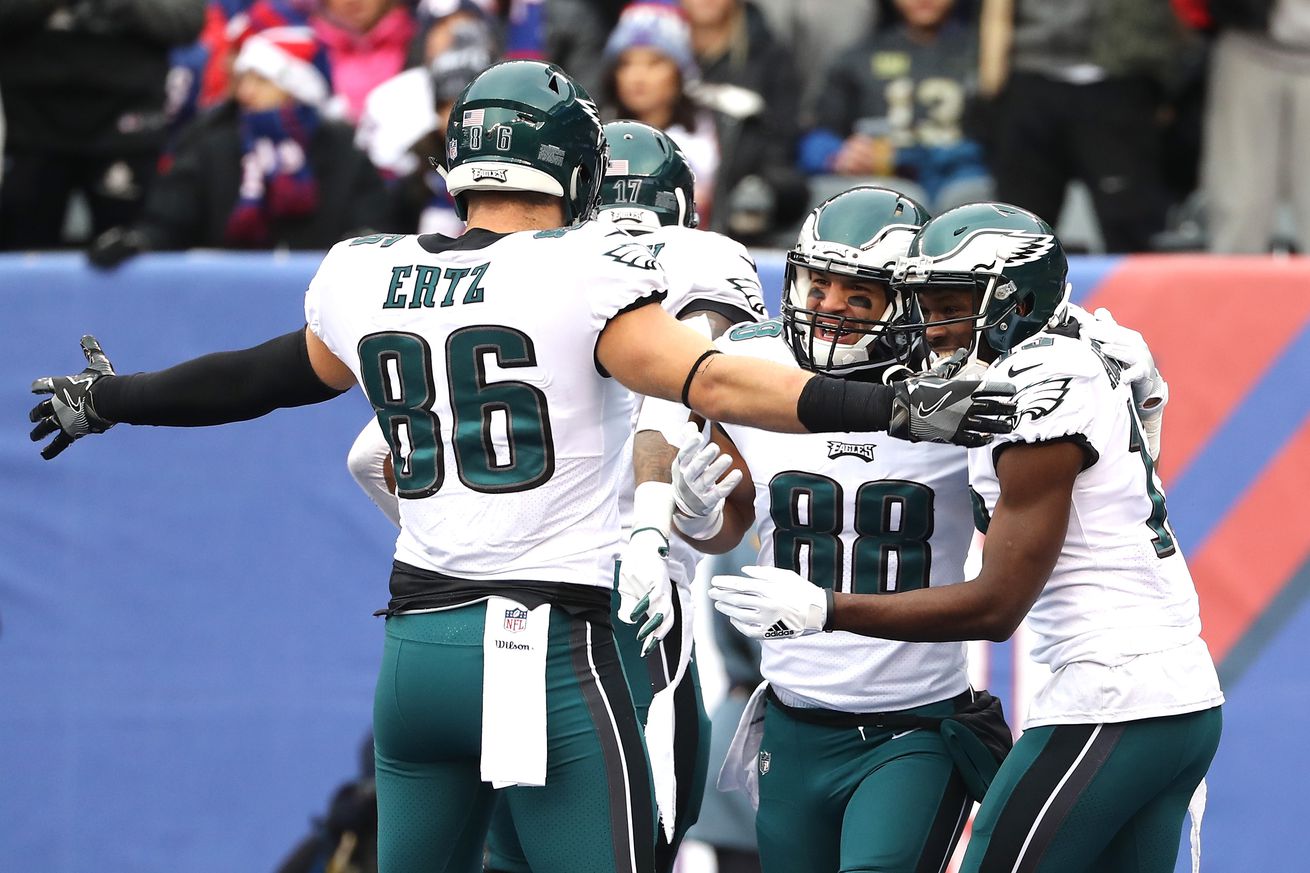 Week 15 of the 2017 NFL regular season schedule is in the books. Now it's time to see where all 32 teams rank. For reference purposes, here is a link to last week's NFL Power Rankings.

1 - Philadelphia Eagles (Last Week: 1) - The team with the sole best record in the NFL. The good news for the Eagles is that their offense didn’t stall despite losing Carson Wentz. Nick Foles did a real nice job of filling in. The bad news is Philly’s defense has struggled for the past three weeks now. Maybe getting back to the Linc will be good for Jim Schwartz’s unit. The Eagles can potentially clinch the No. 1 seed in the NFC playoff picture with a win (or a Minnesota loss) this week.

2 - New England Patriots (LW: 3) - The Pats had every business losing that game if Pittsburgh wasn’t so dumb to choke it away at the end. Here’s an interesting article, by the way.

3 - Pittsburgh Steelers (LW: 2) - The Steelers should’ve won that game. Or at the very least, they should’ve been able to go to overtime. Such a dumb decision by Ben Roethlisberger at the end of that one.

4 - Minnesota Vikings (LW: 4) - After losing last week, Minnesota got back on track with a blowout win over a bad Cincy team. Case Keenum continues to look legitimately good. Teddy Bridgewater saw his first game action since suffering a knee injury last summer. He threw a pick, albeit in garbage time.

5 - Jacksonville Jaguars (LW: 5) - Earlier in the season, Jacksonville was mainly relying on their defense and run game to win. But now even Blake Bortles is playing well. They’re a legit Super Bowl contender.

6 - Los Angeles Rams (LW: 6) - Hoo boy, I can’t remember the last time we saw a team go to CenturyLink Field and absolutely slaughter Seattle the way the Rams did. One of the most dangerous teams in the league come playoff time.

7 - New Orleans Saints (LW: 7) - The Saints need to take care of business against Atlanta and Tampa Bay in order to avoid losing their NFC South lead.

8 - Carolina Panthers (LW: 9) - I felt like the Panthers were kinda fraudulent but they’ve played pretty well recently with wins over Minnesota and Aaron Rodgers.

9 - Atlanta Falcons (LW: 10) - Atlanta has the inside track on locking up the sixth seed in the NFC. They have two tough division games left, though: at New Orleans and home versus Carolina.

10 - Baltimore Ravens (LW: 12) - With games against Indianapolis and Cincinnati remaining, the Ravens have a pretty good shot to make the playoffs.

11 - Detroit Lions (LW: 15) - The Lions’ remaining two games: at Cincinnati and home versus Green Bay (with Brett Hundley likely starting). They could easily get to 10-6. Detroit still needs some help in order to make the post-season, though.

12 - Los Angeles Chargers (LW: 8) - Let’s look back at what I said about the Bolts last week: “Best team in the AFC West. Now it’s just a matter of whether they’ll choke the division away.” Well, to no big surprise, they choked. Still think they’re a good team. Just perpetual chokers.

13 - Buffalo Bills (LW: 16) - The Bills are the only major professional sports team that has not appeared in the playoffs in the 21st century. They haven’t made the playoffs since 1999. That might change this year!

14 - Dallas Cowboys (LW: 13) - I’m dropping the Cowboys despite their win because they had every business losing that game. They got so many lucky breaks. I mean, how the hell is this a first down?

Fans y'all be the judge... pic.twitter.com/CZLPNAVPGU

Also, Dak Prescott is so overrated.

Here’s how Dak did against a Raiders defense that ranks last in the NFL by Football Outsiders. pic.twitter.com/mrHy76nWed

15 - Kansas City Chiefs (LW: 18) - Andy Reid’s team is probably going to win the AFC West. Maybe the struggles are truly over for KC.

16 - Seattle Seahawks (LW: 11) - Seattle would’ve taken the NFC West lead if they beat L.A. Instead, they got the crap kicked out of them. Now the Seahawks need help just to make the post-season.

17 - Green Bay Packers (LW: 14) - Aaron Rodgers was clearly not 100% in his first game back. The Packers got officially eliminated from the playoffs as a result of Atlanta’s win on Monday night. They might just shut Rodgers down for the final two games.

18 - Washington Redskins (LW: 21) - Washington picked up a meaningless win that only serves to make their draft position worse.

19 - San Francisco 49ers (LW: 23) - Three wins in a row for the Jimmy Garoppolo-led Niners! As it turns out, having a quarterback makes a difference.

21 - Arizona Cardinals (LW: 19) - Just a lost season with all the injuries and stuff. They’re showing some effort at least, though.

22 - Oakland Raiders (LW: 20) - Incredibly dumb decision by Derek Carr to dive for the pylon when all he had to do was run out of bounds to set up the Raiders with 1st-and-goal. Completely choked their playoff hopes away. To make matters worse, Oakland lost their starting left tackle for the final two games.

24 - Miami Dolphins (LW: 24) - Miami’s two-game win streak was halted in Buffalo. The Dolphins are still mathematically alive for the playoffs but they’re obviously a long-shot.

25 - Chicago Bears (LW: 25) - Mitchell Trubisky has thrown seven touchdowns to seven interceptions this season. Chicago realy needs to get him some help in the form of better coaching and improved weapons.

27 - Cincinnati Bengals (LW: 26) - Sounds like Marvin Lewis will finally be gone after this year. He’s been with the team for 15 seasons and all they have to show for it is an 0-7 playoff record. Ouch.

30 - New York Giants (LW: 31) - The G-Men gave the Eagles a little scare, but ultimately their awfulness cost them the game.

31 - Indianapolis Colts (LW: 29) - Pretty depressing to get carved up by Brock Osweiler.

The Cleveland Browns are 1-29 since passing on Carson Wentz.