Philadelphia Eagles work out a familiar face at offensive tackle 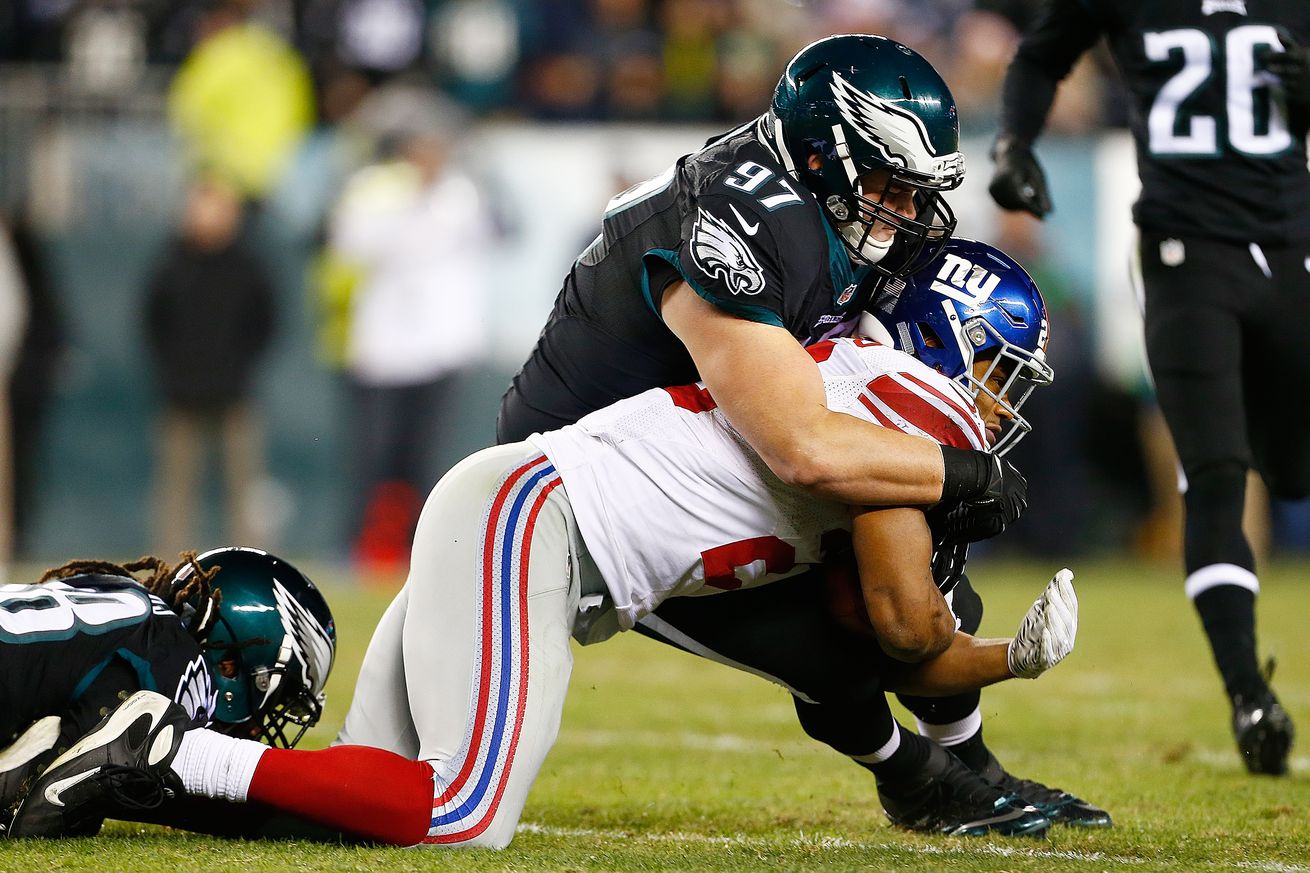 Coming back to Philly?

The Philadelphia Eagles might be signing a former defensive lineman to help replace Jason Peters at left tackle.

No, you didn’t read that wrong. The Eagles reportedly worked out Taylor Hart on Wednesday, according to NFL insider Ian Rapoport.

Philadelphia originally drafted Hart in the fifth round of the 2014 NFL Draft. He didn’t amount to much, however, and the Eagles decided to move him to offensive tackle this offseason.

Hart, who is a good athlete, actually didn’t look too bad this summer. Relative to expectations, at least. There was thought he might make the 53-man roster. He probably would’ve made the practice squad, at least, if he was still eligible for it. Here’s what I wrote around the time of final cuts:

It could come down to [Dillon Gordon] versus Hart. Gordon’s an interesting player because the former tight end can line up as a sixth offensive lineman in certain packages. The Eagles have also used him at fullback. Hart hasn’t been used as creatively but the former defensive tackle has shown surprisingly nice progress this summer. I’d lean with Gordon being the guy. Maybe the Eagles go heavy on the offensive line and keep both?

OL Taylor Hart - Looked better at OT than DT, actually. Might be worth a practice squad spot if he was younger.

The Eagles wouldn’t be signing Hart to put him in at left tackle right away. Halapoulivaati Vaitai is bound to get the start in Peters’ absence. But the Eagles are going to need more depth at tackle in case something happens to Lane Johnson or Big V.

“All my grades on Taylor, when he was here, were very high,” said Eagles offensive coordinator Frank Reich on Wednesday. “It’s a tough business. There are only so many [roster] spots. But I was very impressed with Taylor through OTAs and training camp and though he showed a lot of good signs.”

The Eagles also have some trade options at tackle if they want to make a deal.

Philadelphia Eagles work out a familiar face at offensive tackle