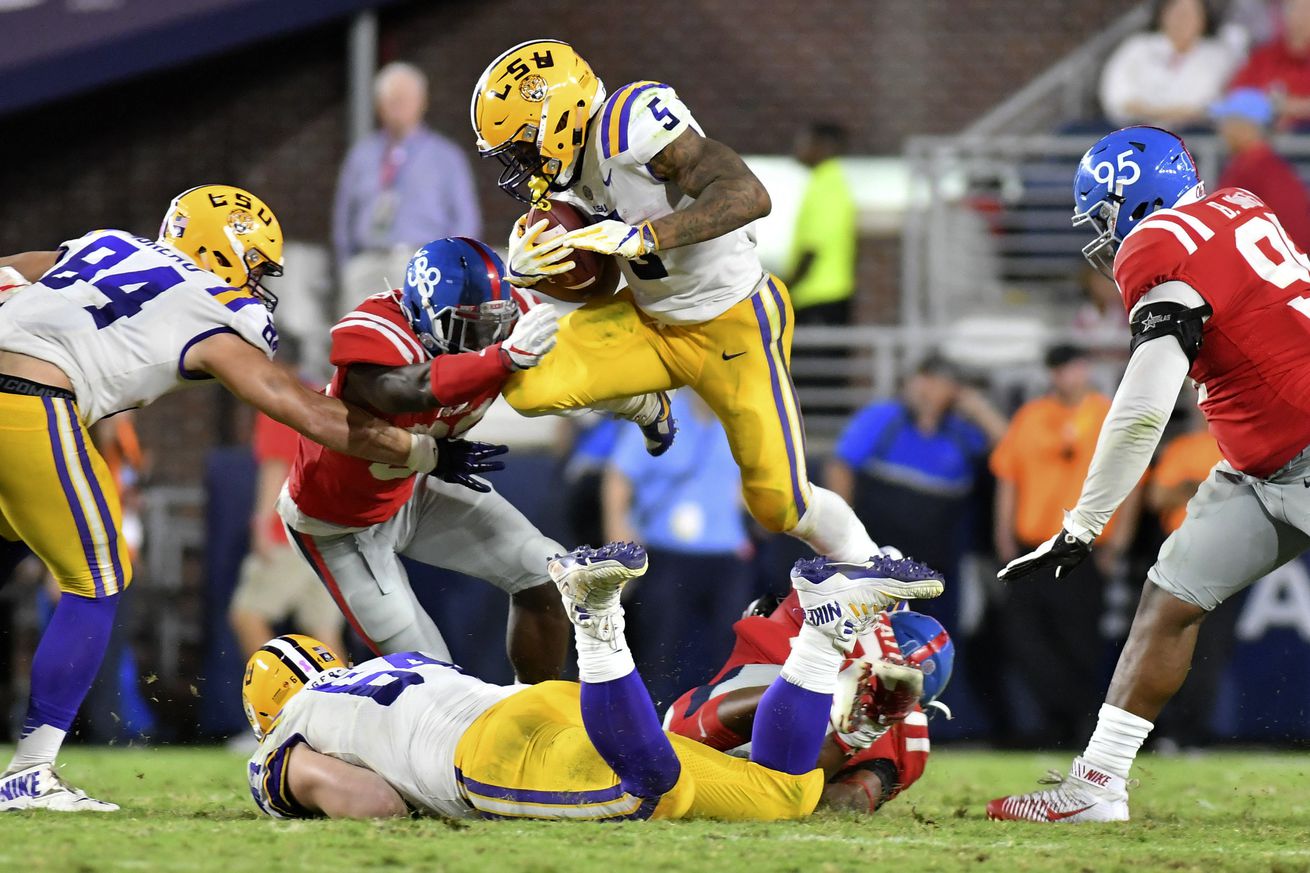 Derrius Guide was one of the two most hyped College Football players coming into the season. After starting the season with two straight 100+ yard performances, injuries limited the talented running back for a handful of games. With a running back conversation that it is often so crowded, recency is king and it is easy to fall out of mind after a few less than stellar weeks.

Guice is squarely back on the radar, however, after a dominating performance against the Ole Miss Rebels last week. Guice carried the ball 22 times for 276 yards (12.5 yards per carry) and a touchdown. Luckily for Guice, LSU and college football fans; the third year player looked healthy and back on top of his game.

Guice is a freakish athlete with incredible lateral movement ability, strength and long speed. His athleticism is even more impressive considering his well built frame at 5’11” and 220 pounds.

Guice is back in the top 25 for rushing yardage in college football this season after that impressive game and considering how LSU running backs are used; Guice will climb higher with every week. It is exciting to see one of college football’s best players healthy again and he should re-enter the conversation of the best backs in college football.

Other Performances of Note: