Eagles News: Jim Schwartz has an occasionally rocky relationship with his players 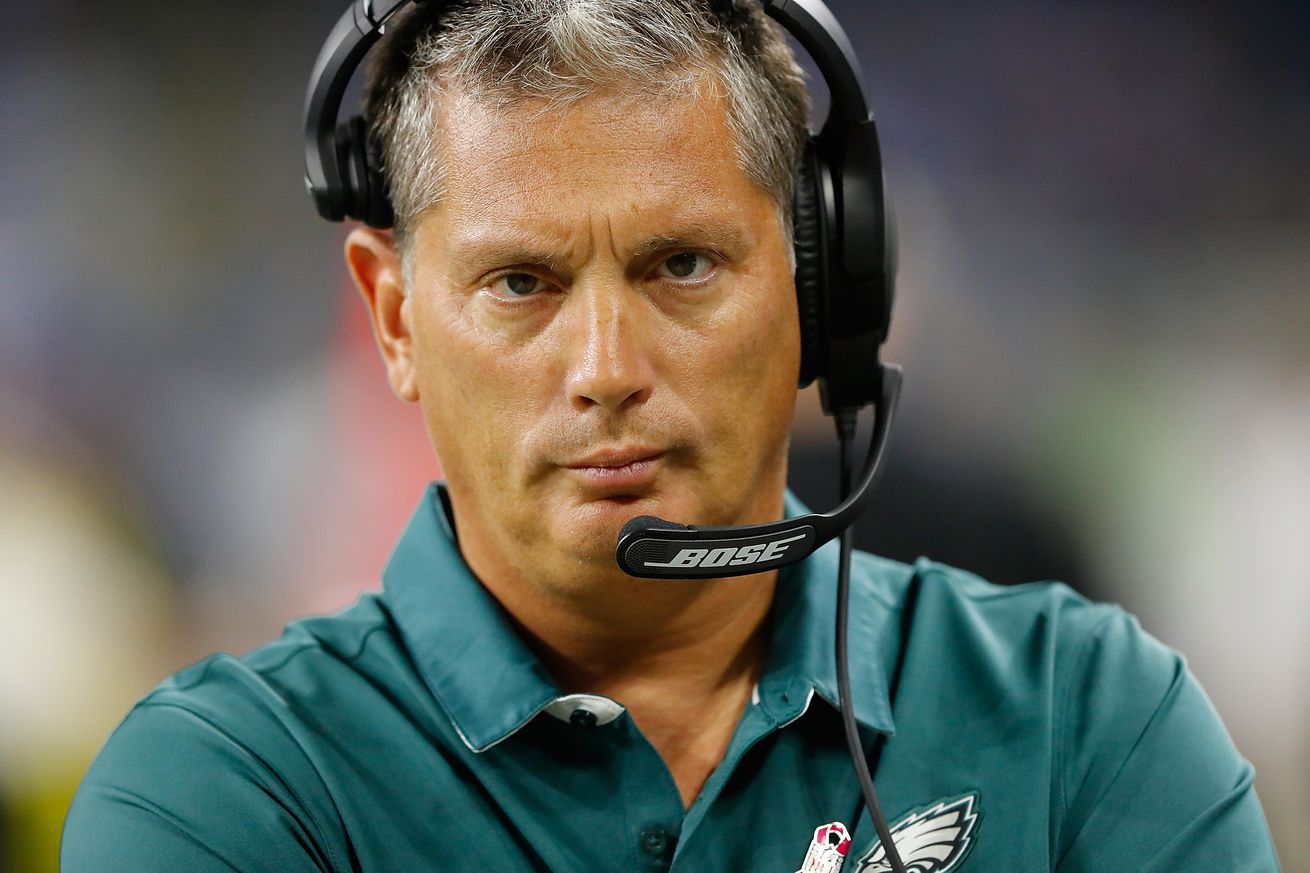 Philadelphia Eagles news and links for 8/28/17.

Eagles are learning to live with the abrasive Jim Schwartz - Inquirer
When his comments started to appear on social media, several players were perturbed. Some veterans texted each other and noted the apparent duplicity. Why would Schwartz blame Watkins and talk out of school, they wrote, after he chastised the players for doing the same just a day before? The leaders on defense eventually went to Schwartz and expressed their concerns, and he was receptive. It wasn’t a deal-breaker because, for the most part, he publicly had the players’ backs. But it was just another example of the occasionally rocky relationship that had developed between the two sides last year.

Game Review – PS #3 – MIA at PHI – Defense - Iggles Blitz
Derek Barnett – Started at LDE. Solid showing, but didn’t make the splash plays he did the first couple of weeks. Used speed and power moves to get some pressure. Helped to collapse pocket on Curry’s strick-sack. Got penetration on a couple of run plays. Once again showed great hustle in pursuit.

Monday Morning QB: J.J. Watt Helps With Hurricane Harvey Flood Relief in Houston - The MMQB
The Eagles should be worried about their running game, but not their quarterback or the passing game.

'First thing's first': How Philadelphia Eagles' Beau Allen is approaching his return - PennLive
"I'll be back there," Allen said. "It's not like I've been sitting on my [butt] for five months -- I've been working, I've been working with our strength staff a lot. A lot of cardio." While working with the training staff to get in game shape, Allen could only watch as his teammates took the field for practices and preseason contests. In the film room, he tried to remain engaged but had to do so while watching other tackles man his spot in coach Jim Schwartz's defense.

Eagles' Howie Roseman strikes again, adds more competition at corner - Burlington County Times
It was Roseman’s third trade since the Aug. 11 Matthews for Darby deal, joining the move that sent tackle Matt Tobin to Seattle last week for a fifth-round draft pick. Earlier this summer, he dealt Allen Barbre to Denver for a pick. Last year, it was goodbye Dennis Kelly and DeMarco Murray, hello Dorial Green-Beckham and another draft pick; farewell Sam Bradford, Byron Maxwell and Kiko Alonso, say hi to quarterback Carson Wentz. It would be difficult to argue that any those didn’t make sense. Everybody loved the Green-Beckham move until we actually saw what DGB was and, sure, Murray finished as one of the top five rushing leaders in the NFL after he left but Murray wasn’t happy here and many of his teammates weren’t thrilled with his unhappy attitude, either.

Carson Wentz-Zach Ertz connection continues to grow on and off field for Eagles - CSN Philly
As they were running off the field following Carson Wentz's 50-yard touchdown pass to Torrey Smith Thursday night against the Dolphins, Zach Ertz yelled something over to Wentz. "He’s like, 'I love that, I love that!’" Wentz said with a laugh. They know. They know that the more the Eagles can establish a deep game — something absent from the offense last year — the more the middle of the field will be open for Ertz.

Helping out at Smith camp, Dexter McDougle talks about his future with Jets - The Free Lance-Star
McDougle was on hand Saturday at Stafford High for an academic and athletic camp hosted by Torrey Smith, his former high school and college teammate, who now plays wide receiver for the Philadelphia Eagles.

2017 NFL season already has the lamest quarterback battles - SB Nation
Alex Smith vs. Patrick Mahomes might be something to watch, but the rest of the starting competitions are trash.

Eagles News: Jim Schwartz has an occasionally rocky relationship with his players