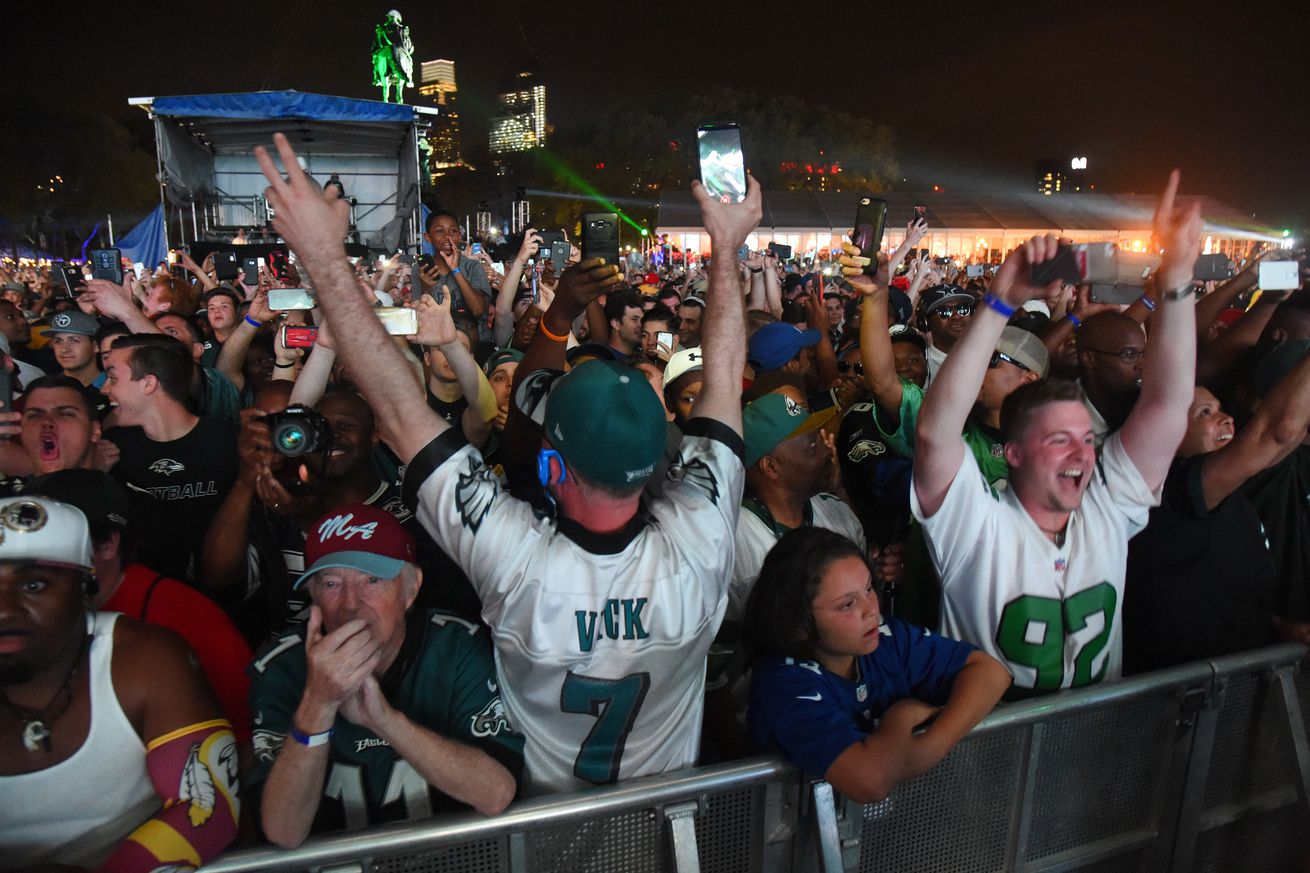 The second and third rounds of the 2017 NFL Draft start on Friday evening. Read on for information about tonight's event including television details, remaining draft picks, and more.

The first round of the 2017 NFL Draft is over. It was a pretty exciting night given all the uncertainty and unexpected events. Three wide receivers in the top nine! Three quarterbacks in the top 12! The atmosphere at the draft in Philadelphia was really awesome.

The Philadelphia Eagles enter Day 2 of the draft with two picks. There’s a huge gap between the Eagles’ selections, however. Philadelphia picks first at No. 43 and then again at No. 99.

Day 2 of the draft kicks off at 7:00 PM ET. You can watch the draft on ESPN/ESPN2 or NFL Network. But you should totally watch Bleeding Green Nation’s live broadcast on our Facebook page instead.

The Eagles still have quite a few needs to address. Running back, cornerback, and wide receiver are positions to keep an eye on. Philadelphia might also look to add some offensive tackle depth at some point.

Television Coverage: NFL Network and ESPN/ESPN2 for all three days

Bud Light is rolling out the red carpet for us and is inviting EVERYONE to come join BGN at the Bud Light Tavern AT THE NFL DRAFT. That is not a misprint. We will be broadcasting live again on Day 2 after the fun events of Day 1. It’s another great opportunity to jump on the podcast as we broadcast live to all of BGN land. We'll be right next to 94WIP as well so you can hang with Ike Reese, Jamaal Jackson, Glen Macnow and a bunch of other special guests!

Let us know if you're around and we are happy to take beer breaks with you guys! We'll be broadcasting everyday on Radio Row and it's not too far away from the tavern.

Inside perspective on how Joe Douglas sets the Eagles’ draft board