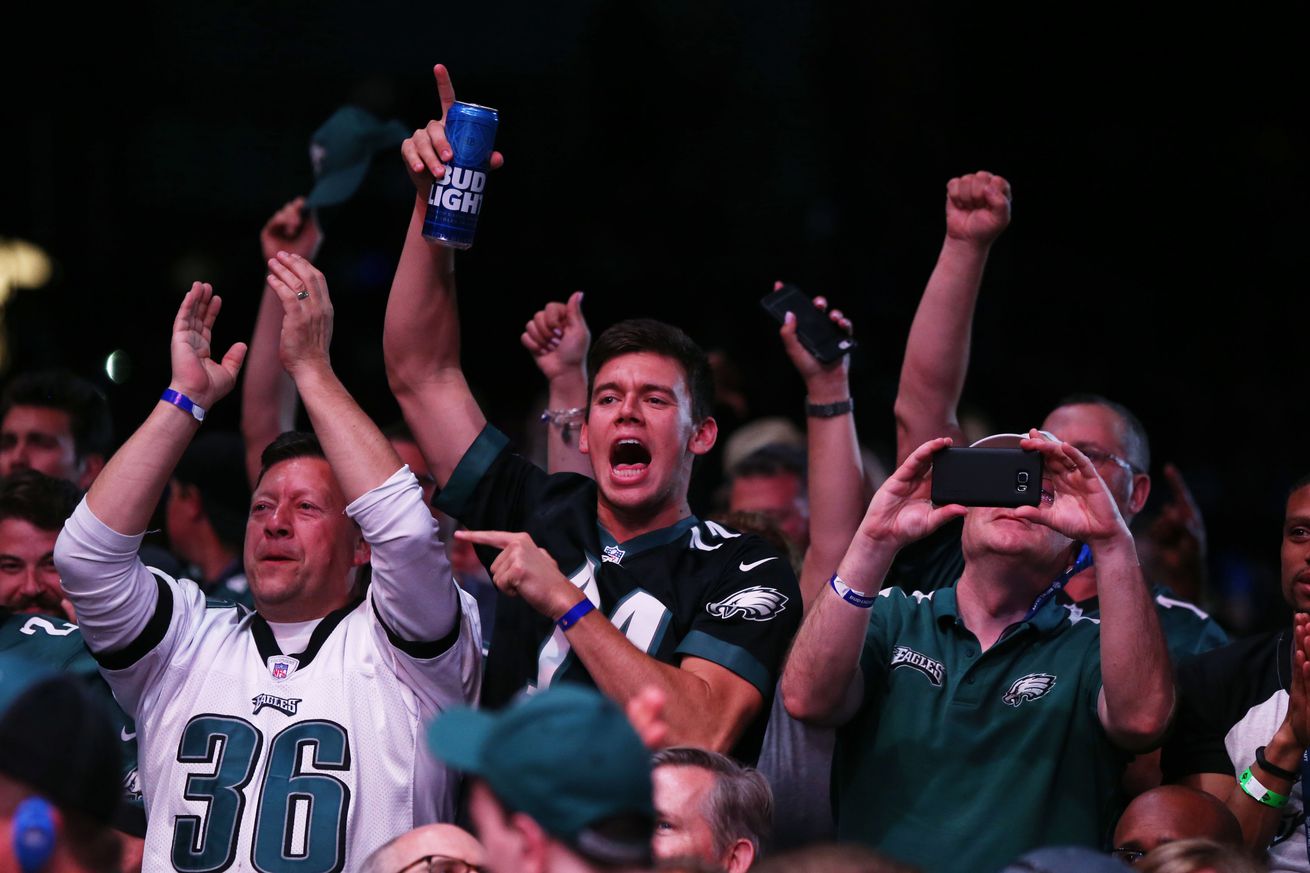 Will the Eagles trade up?

The Eagles enter the second day of the 2017 NFL Draft, which begins at 7:00 PM ET tonight, with two picks. Philadelphia is set to select at No. 43 in the second round and No. 99 in the third.

Last year the Eagles had one Day 2 pick, so that wasn’t very exciting. Having two this year is fun because there are still a number of talented players on the board. The Eagles should be able to get someone good at No. 43. Maybe the Eagles will even want to trade up from that spot, but I wouldn’t count on it.

If anything, I’d expect the Eagles to really want to trade up from No. 99. There’s a big gap between that pick and No. 43. The feeling here is the Eagles should look to package an expendable player (Mychal Kendricks/Jason Kelce/Jordan Matthews) and No. 99 in order to move up into the 60’s or 70’s.

The ideal situation would be for the Eagles to walk away with a running back and a cornerback today. I’m not saying Philadelphia should draft based solely on need, but I do think some of the best Day 2 players will conveniently match up at positions of concern for the Eagles.