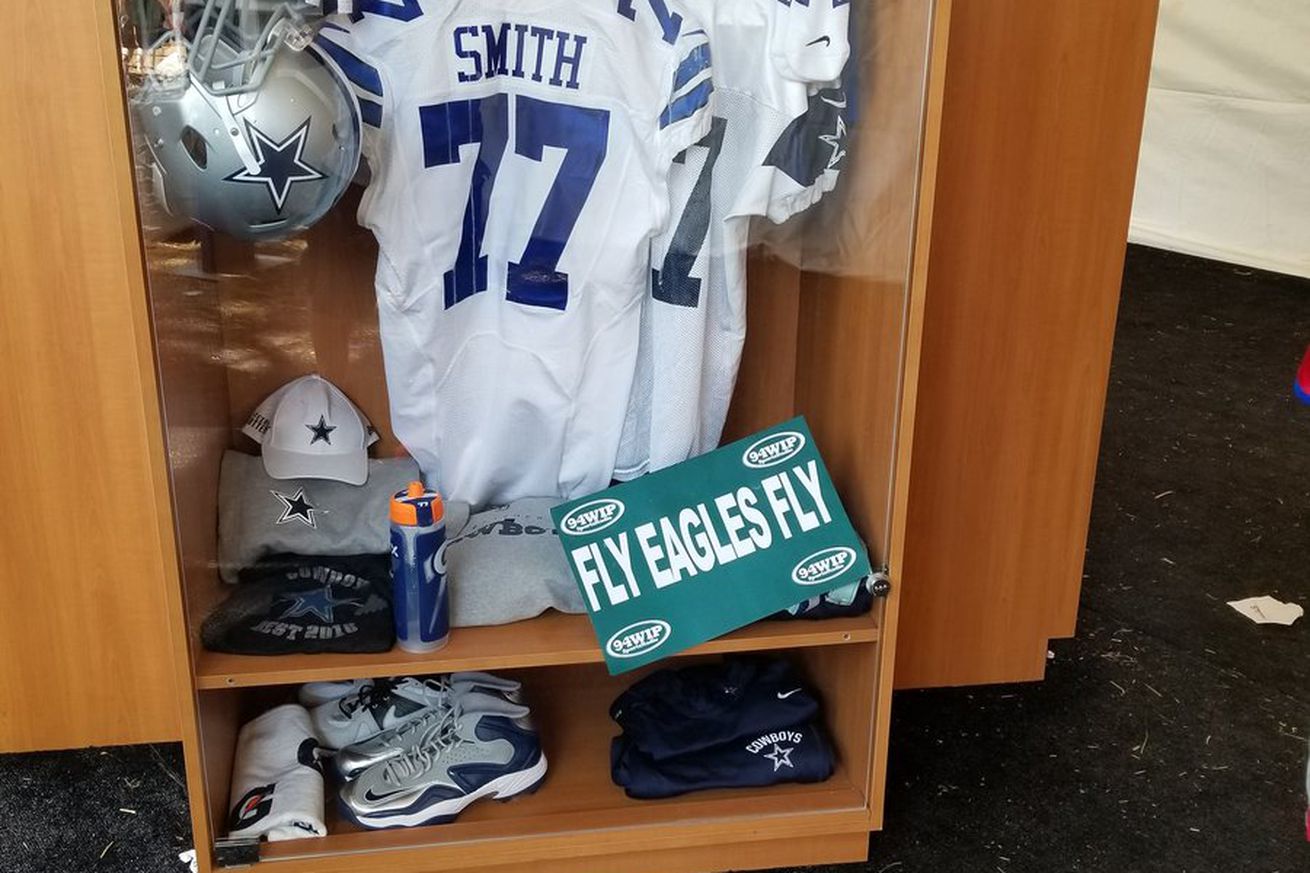 Eagles continue to dominate the Cowboys at the 2017 NFL Draft.

PHILADELPHIA — It hasn’t been easy being a Cowboys fan at the 2017 NFL Draft.

Yesterday, Carson Wentz totally shut down a Dallas fan who tried to come up on stage with him by ripping off his Cowboys hat.

The Best Place to Throw Sharp Objects
How to Create a Winning Black Friday …
Afraid or not, life still marches for…
Resilience of African American Women …
Remembering Woodstock On Its 50 Year …

On Friday, the Cowboys fell victim to more trolling yet again. One Eagles fan placed one of SportsRadio 94WIP’s “FLY EAGLES FLY” signs in a Cowboys locker room stall here at this year’s draft. Take a look:

The story goes deeper than this picture, however. As it turns out, some Cowboys fans noticed this Eagles sign and told some Philadelphia police officers that it should be removed. To no surprise, the officers laughed it off.

The Dallas fans weren’t happy, though. One officer told Bleeding Green Nation that the Cowboys fans had “tears in their eyes” when asking them to take the sign down. Literal crybabies!

The Cowboys aren’t the only team to fall victim to trolling here in Philadelphia. The Giants were also targeted on Friday.

Philly's finest on the case...... pic.twitter.com/jDpMVffhNW

Again, the NFL Draft should be in Philadelphia every year.