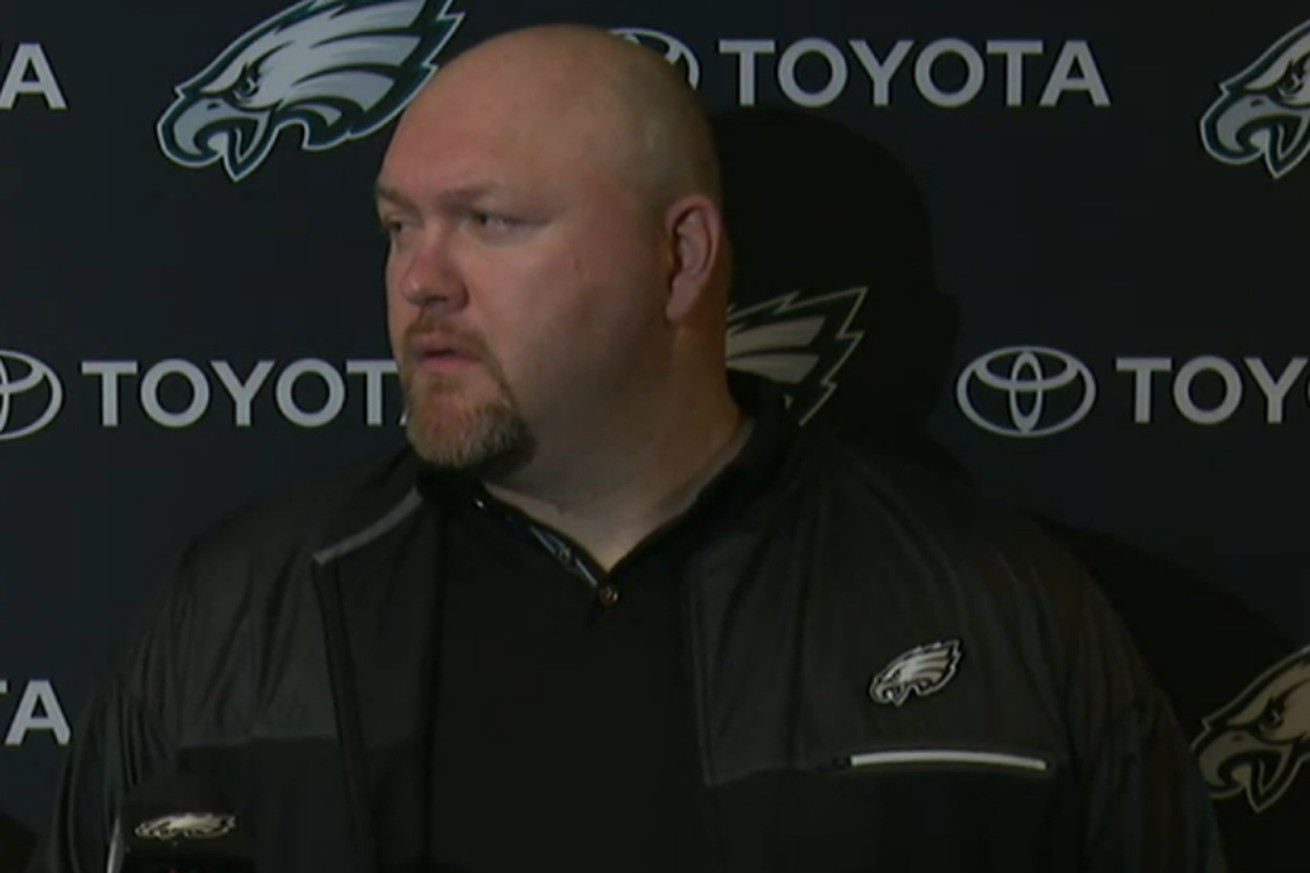 Philadelphia Eagles news and links for 4/24/17.

What does Joe Douglas bring to the Eagles' draft room? - PhillyVoice
"And I think he understands the importance of draft picks. I know he’s got a very calm demeanor, and he’s not a guy who is going to get overly worked up and emotional. And I think that’s an underrated quality when it comes to draft day. Ozzie Newsome, over the years, has taken advantage of other teams that are overly emotional and get overly excited about getting one player and are willing to give up too much. The New England Patriots, Bill Belichick is the same way. They’ve exploited teams for years. And I think Joe has that calm demeanor about him and will bring that to the room.”

MimbleWimble’s Security Compromised?
A week and a half seemed like forever
GUN CONTROL - Blocked by the GOP, #45…
Long Island Sounds August 2019
What’s the Best** wireless charger[Yo…

There’s no way these quotes from Howie Roseman will come back to haunt him - BGN
Howie seems oddly confident.

Norris: Top 150 Draft Board - Rotoworld
15. EDGE Charles Harris, Missouri (Age: 22) Where He Wins: Primary then counter rusher. His primary move is explosion up the line and bend or a tight line to turn the corner. Once the offensive tackle compensates for that outside lane, he hits them with a spin move. Forecast: Terrible Combine turned into an amazing pro day. Rest possibly a major factor. [Derek Barnett checks in at No. 33]

More Eagles Draft Talk - Iggles Blitz
The Eagles want to add CB help in the upcoming draft. The top 2 CBs are Marshawn Lattimore and Gareon Conley from Ohio State. The problem is that both CBs are virtually a lock to be taken before 14. I would be shocked if either guy fell that far. I would be ecstatic, but it just isn’t going to happen. The Eagles have been meeting with all sorts of CBs. This tells me they aren’t going to force the issue by taking a CB at 14. They will take the best player. With Conley and Lattimore gone, that isn’t likely to be a CB. The good news is that this draft is filled with talented CBs. The Eagles can move down if they want. They can get CBs in the 2nd, 3rd or possibly even 4th rounds.

Lawlor's Final Eagles-Only Mock Draft - PE.com
he Eagles added a pair of receivers in free agency, but they want to surround Wentz with young players so they can develop together. The presence of Alshon Jeffery and Torrey Smith means Davis won't be under the gun to be a significant player right away. As Howie Roseman pointed out, receiver is a position where players need time to develop. Davis has tremendous potential. He is big (6-3, 209 pounds), athletic, and skilled. He was incredibly productive at Western Michigan. He caught 331 passes, with 52 of them going for touchdowns. Davis averaged 16 yards a catch for his career, so he wasn't just a workhorse receiver. He was a playmaker. Davis was fast enough to be a downfield threat. I think he was at his best after the catch. You could see not only his talent, but his toughness and competitive streak as well. Davis fought for every yard he could. He was a threat to break a big play every time he got his hands on the ball.

Chuck Bednarik, Reggie White headline best draft picks for Eagles - ESPN
Chuck Bednarik, first round, 1949. The image of Bednarik standing over a knocked-out Frank Gifford, fist cocked by his right ear in celebration, is one of the more iconic in the game's history. Bednarik was part of two championship teams with the Eagles, in 1949 and 1960. He was named first-team All-Pro 10 times.

EAGLES EYE: On the offense and a need for WR and RB - Burlington County Times
The uncertainty of whether Agholor is boom or bust is one of a three reasons the Birds could go receiver at some point in the draft. Another reason is that Jordan Matthews is in the final year of his contract and he could walk at the end of 2017. The other is that Jeffery signed only a one-year contract while Smith’s deal is good for one year with the Eagles holding options on the final two years of his contract. Worst case scenario, all four are gone after 2017. That is why a receiver is a must.

Glassboro grad Corey Clement overcame a 'negative year' at Wisconsin and awaits the NFL draft - Inquirer
The Eagles are among the teams that met with Clement, who does not need prompting to discuss the Eagles running backs from his childhood. He once wore No. 22 for Duce Staley, the former Eagles running back who now coaches the position. Clement also has a longstanding neighborhood friendship with Dom DiSandro, the Eagles' vice president of team security, who Clement said has played a "magnificent" role in his life.

An NFL prospect, Villanova's Tanoh Kpassagnon has brawn with brains to match - CSN Philly
A physical specimen, with the brains to match. It's hard to understate the impression you get from meeting Tanoh Kpassagnon in person. I read an article before meeting him that said his "abs had abs" and that he sported a minuscule 4 percent body fat. He laughed when I brought it up to him and said he wasn't so sure about the 4 percent body fat but that he loves to work out and get stronger, and he has been that way since high school. Besides being a gym rat in the weight room, the 'Nova product was down to earth and easy to talk to. So much so we talked about what food we liked to cook and exchanged some tips on how to keep your mashed potatoes smooth and silky

Corey Davis Has Become the Draft’s Mystery Man - The MMQB
The Western Michigan wideout had been on a trajectory to be a high first-round pick, but an injury-filled draft season (including an absence of a 40 time) will test teams interested in him. Plus, notes on two fast-rising corners, the potential of trade ups into the top 10, and a look at the 2018 draft’s headliners

Which eventual NFL Draft bust were you desperate for your team to pick? - SB Nation
Let’s laugh at how wrong we were!