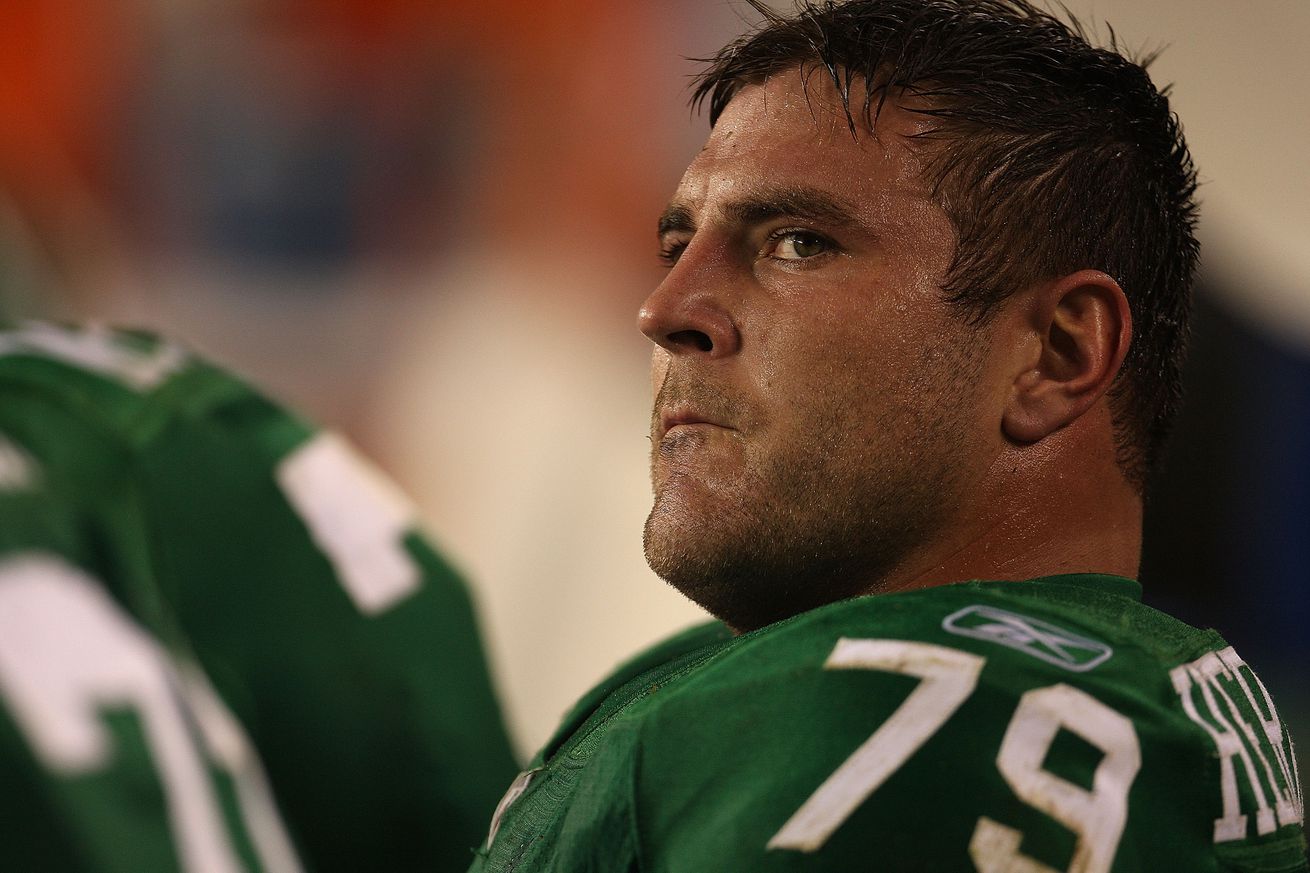 Philadelphia Eagles news and links for 3/30/17.

Q&A with ex-Eagle Herremans: Medical pot could be a 'win-win' for NFL - Philly.com
The first season I wasn’t allowed to smoke marijuana is when I felt the wear-and-tear on my body more than ever. I felt things lingering more. The aches and pains were way more evident. That’s when it dawned on me, the relationship between cannabis and its medical attributes. I came to the conclusion that the policy in the NFL is very backwards. I wasn’t allowed to smoke marijuana, but the doctors in the NFL were easy to get to prescribe painkillers. While I was smoking in the NFL, I wasn’t going in asking them for anything for pain.

Former Eagle Lito Sheppard Is Lead Investor In Bid For Medical Marijuana Facility - CBS Philly
“I feel very strongly about the benefits medical marijuana can have on individuals suffering from traumatic injuries and illnesses, which is why I have spearheaded Laso Therapeutics in an area that means a lot to me and to which I have always wanted to give back,” Sheppard said in a press release. “In Chester, we have an opportunity to make a real, direct and lasting impact on a community in great need of support. Laso is enabling me to have a stronger connection with all the people and communities I am striving to help. I believe our application is strong and, if permitted, we would have a tremendous effect on the lives of so many people.”

BGN Radio Schedule & Appearances! - BGNRadio.com
Thursday - 3/30/17: It's a WIP day for everyone! Brandon will join the WIP Morning Show at 8a EST to discuss the Doug Pederson press conference, the NFL Draft & more with Angelo, Al & Rhea. John is filling in for the great Ike Reese on the Carlin & Reese show from 2p-6p EST After James wraps up his producing duties for the 94WIP Midday Show, he's gonna take a nap, eat a banana or two and jump on the WIP airwaves from 9p-2a EST. Plenty of Eagles talk and we're all positive that there will be at least one Phish reference during the broadcast.

It sure seems like the Eagles are considering Oklahoma RB Joe Mixon - PhillyVoice
When Doug Pederson was asked what type of running back he values in his offense, he pretty much just described what you might find on Joe Mixon's scouting report.

Eagles out on Joe Mixon? Coach calls character guys 'wave of the future' - ESPN
The Eagles are still in the early stages of what they hope will be a championship build. They are dedicated first and foremost to protecting young quarterback Carson Wentz by surrounding him with the right personnel and the right people. Add in the fact that they have a rather green coach in Pederson and play in one of the largest media markets in the country, and it's easy to see why they would have some reservations about handling all that would come along with drafting Mixon. Asked about the importance of having character guys on the team, Pederson said: "I think that's sort of the wave of the future."

NFL players push lawmakers on criminal justice reform - AP
Football is hard. But for Malcolm Jenkins of the NFL's Philadelphia Eagles, convincing politicians to enact meaningful changes to the nation's criminal justice system is much harder. Jenkins, free-agent wide receiver Anquan Boldin and other players were meeting with members of Congress this week to push for legislation that leads to improved relationships between minority communities and local police. Their latest outreach follows the racially charged rhetoric of the 2016 election, during which then-Republican nominee Donald Trump won fewer than 1 out of 10 black voters. Overcoming hot-button terms like "stop and frisk" and getting Republicans and Democrats to find common ground is a tall order, but one the players said they intend to tackle.

Franchise QB, Moves Promote Optimism - PE.com
PHOENIX – This is Year 2 of The New Era, with head coach Doug Pederson paired with quarterback Carson Wentz as the Eagles continue the big build. The goal is to build something sustainable, similar to the Andy Reid-led run from 2000-2004, with a couple of more wins included at the end. Every single day, then, the goal is to improve every day ...

Doug Pederson breaks down Alshon Jeffery, Eagles' other free-agent pickups - CSN Philly
Wednesday morning at the NFC coaches breakfast at the Biltmore Hotel in Arizona gave head coach Doug Pederson his first chance to talk about his new players, namely wideout Alshon Jeffery. "He's a big target," Pederson said of Jeffery. "He's a veteran player, wealth of experience, a lot of games, excellent in route running, strong to the ball. For us, he brings some leadership into that room, and makes that room better. The experience is obviously a big factor in what we're doing, and he can lead by example. We have young guys, and this will give our young guys an ability to really watch a guy not only practice, but play, and create that competition that we talk about all the time."

Advice for Eagles' Carson Wentz: 'Throw it up' to Alshon Jeffery, says WR's former coach - NJ.com
The Eagles entered this offseason looking for a receiver that would make life easier for quarterback Carson Wentz. According to Miami Dolphins head coach Adam Gase, they have found just that in freshly-signed receiver Alshon Jeffery. "Alshon might be the only guy I ever coached that when I called a play to the quarterback I would say 'I don't care what the coverage is -- throw it up'," Gase said Wednesday at the NFL owners meeting in Phoenix, Ariz. "He has a unique body. His wingspan and his range to catch a ball is unique. I don't think I've ever coached a player that had the body type he had. He has an unbelievable ability to go up and get the ball. He makes a quarterback's life very easy."

Ranking the top 15 interior defender prospects of 2017 - PFF
Jonathan Allen’s game film separates him even amongst this strong defensive tackle crop. Equally as comfortable battling double-teams as he is running the arc off the edge, Allen is the kind of defensive lineman coaches dream of. He displays classic stack-and-shed technique on the interior, using his length and range to eliminate runs into either of his two gaps. Coupled with explosion off the ball and athleticism to work in space, Allen displays a complete skill-set on a consistent basis. Only news of arthritis in both shoulders is likely to facilitate a wait on draft day.

New Orleans Saints to Reunite with QB Chase Daniel, per report - Canal Street Chronicles
The Saints look to have their back-up QB set in 2017 now, but it is interesting to note that the reported deal is only a one-year contract. Back-up QB Luke McCown is still on the Saints roster (at least, for now), but McCown would be the only QB on the Saints roster under contract for the 2018 season.

Analyzing team success in the NFL Draft - Big Blue View
Finally, checking in on our other division rivals, the Eagles and the Redskins, we see poor scores. The Eagles suffer from Marcus Smith, Nelson Agholor and Lane Johnson's suspension. Carson Wentz gives them hope for the future however. The Redskins only had two first round picks from 2013 to 2016 (Thanks RG3!) and they were hurt by Josh Doctson being hurt, though Brandon Scherff (Scherff!) is a good player.

Jerry Jones dragging his feet on Tony Romo decision is fine for the Cowboys but bad for everyone else - SB Nation
The Cowboys know they aren’t keeping Romo, but they’re preventing him from moving forward.