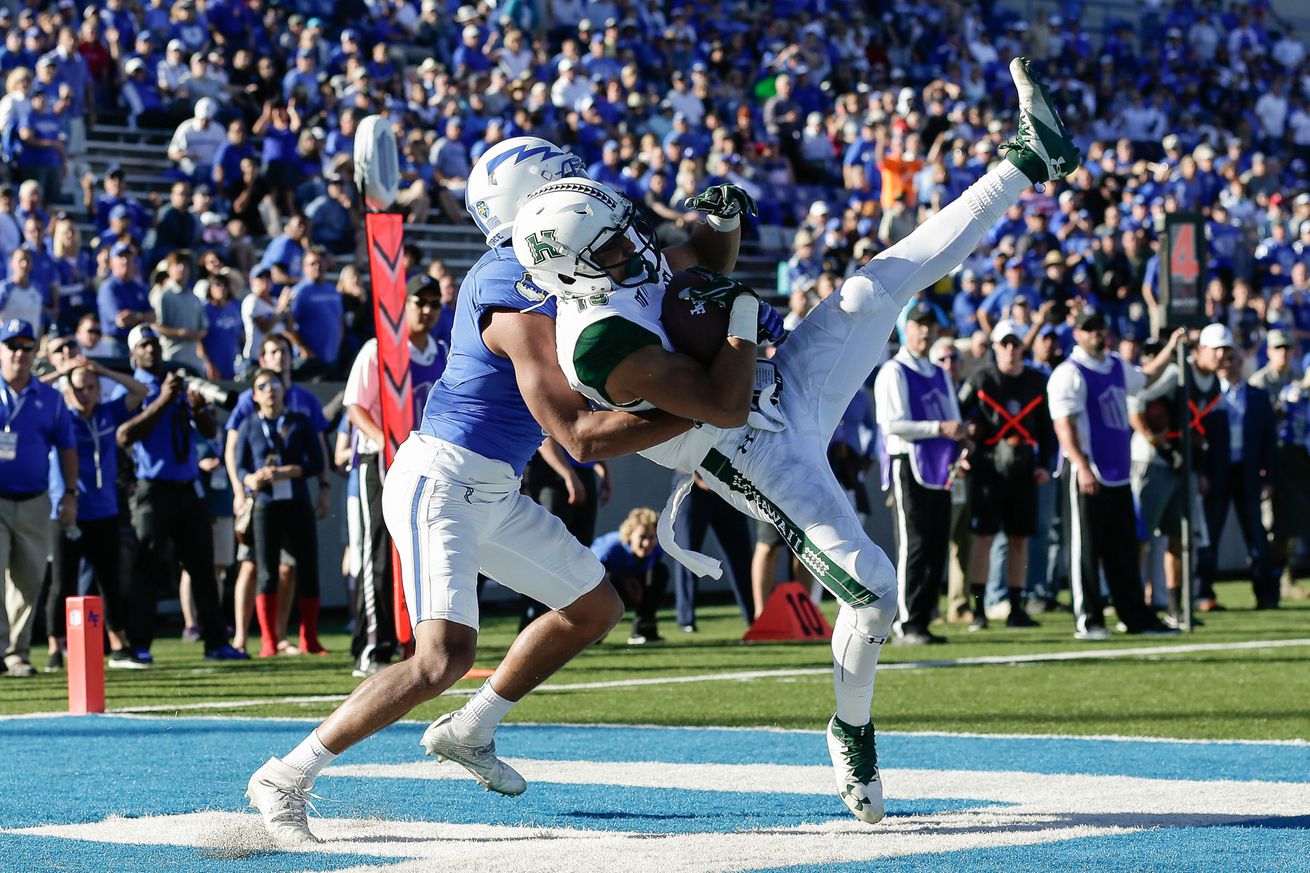 The Air Force wide out's potential is obvious. Can he put it together to become a a major NFL contributor?

Air Force loves winning with the ground game, ironically enough. The Falcons threw the Ball only 150 times last year while running it over 800 times. That's right, Air Force ran the ball 5.5 times more than they threw it. On their 150 passes, they only completed 68 attempts. So, it is a bit strange that we are looking at a receiver from a team that didn't even complete 70 passes all year.

Sobriety In The Time of Quarantine: T…
7 reasons I’m tired of being tired
CBD 2020: What to Expect + Our Top Pr…
Simple Tips To Increase Self-Esteem
What Marathon Running and Successful …

Despite being in one of the nation's most run heavy offenses, senior wide receiver Jalen Robinette miraculously had a 950 yard season. How? Well when Air Force does throw the ball, they are usually taking shots downfield and luckily for the 6-3, 218 pound receiver (and Air Force), he is pretty damn good at taking advantage of those downfield shots.

Robinette was the go-to guy for the Falcons. Robinette accounted for over half of Air Force's catches, 55% of their yards through the air and about 43% of their passing touchdowns. Those catch and yardage figures are skewed by the offense he comes from, but they are both easily the best market share numbers in the class, an impressive feat regardless. Robinnette was incredibly efficient too. On his 35 catches, he averaged a mind boggling 27.4 yards a catch and scored on a healthy 17.4% of his catches. Robinnete was nothing but big plays during his career. In his four years, he never averaged less than 18 yards per catch and over his last two, averaged over 24 yards per catch both years. He is an incredibly dangerous big play threat who had three 75 yard catches this passed season. That is preposterous.

The Air Force passing offense is unsurprisingly simple and due to defenses selling out to stop the run. They use a lot of long developing ISO-Routes and ask receivers to get open with their athletic ability primarily. Robinette is so much faster than his competition and wins inside leverage against the coverage. He catches the pass with bodies around him and immediately transitions to a runner, breaking a tackle to run in for a touchdown. Plays like these show how incredible of an athlete Robinette is and makes it easy to see why his name has been getting more and more steam recently.

Again, defenses are so focused not he run that Robinnete is singled up deep with the cornerback who has no chance against Robinette's speed and size. Robinette adjusts to a poor pass and immediately keeps running for the score.

With Robinette, physicality is trained into his brain through the disciplines of the Air Force offense. When a receiver is asked to be an integral part of the blocking hundreds of plays throughout the season, usually they won't have issues catching the ball with bodies around them.

Robinette has no fear going over the middle despite that safety coming in hot and catches the ball against contact. He does an excellent job shielding the cornerback with the ball in the air and extending his arms to come down with a pass. His ball skills are arguably his best asset.

Once again, Robinette does a great job adjusting with the ball in the air and comes down with it despite a defender being draped on him. He is just an incredibly strong player and that is evident during and after the catch.

That puny cornerback has no chance to tackle Robinette on the curl and Robinette simply turns, breaks the tackle and accelerates for the score. In the Mountain West, there are so few cornerbacks who match with his size and athletic ability.

The big concern with Robinette is mostly the learning curve. He is coming from a very simplistic offense that utilizes lots of linear routes that just ask Robinette to be the better, bigger athlete, which he often is. His ball skills and physicality are encouraging for his translation to the NFL, but the step up in complexity and competition will be a difficult adjustment to make.

NFL Comparison: It is hard to make a clear comparison given what Robinette is asked to do, but it is hard not to see his ceiling being somewhere near Martavis Bryant. Robinette is a huge, strong receiver with great speed for his size and is a threat to score any time the ball is in the air and can run well after the catch. Of course, failure to adjust properly to the NFL could put him closer to Stephen Hill, but that is going to be the coaching challenge.

I am very interested to see his Combine to see if he is really a great athlete, or just was made to look like one by Mountain West defenders. A strong Combine from Robinette could confirm him as the high upside pick of the year. There is no offense he directly translates to, but I bet the Eagles could be a big fan of his strong hands, big size and ability to run after the catch. Robinette should be a mid round pick due to his rawness, but with good coaching, he has the potential to be one of the better receivers to come out of this class.