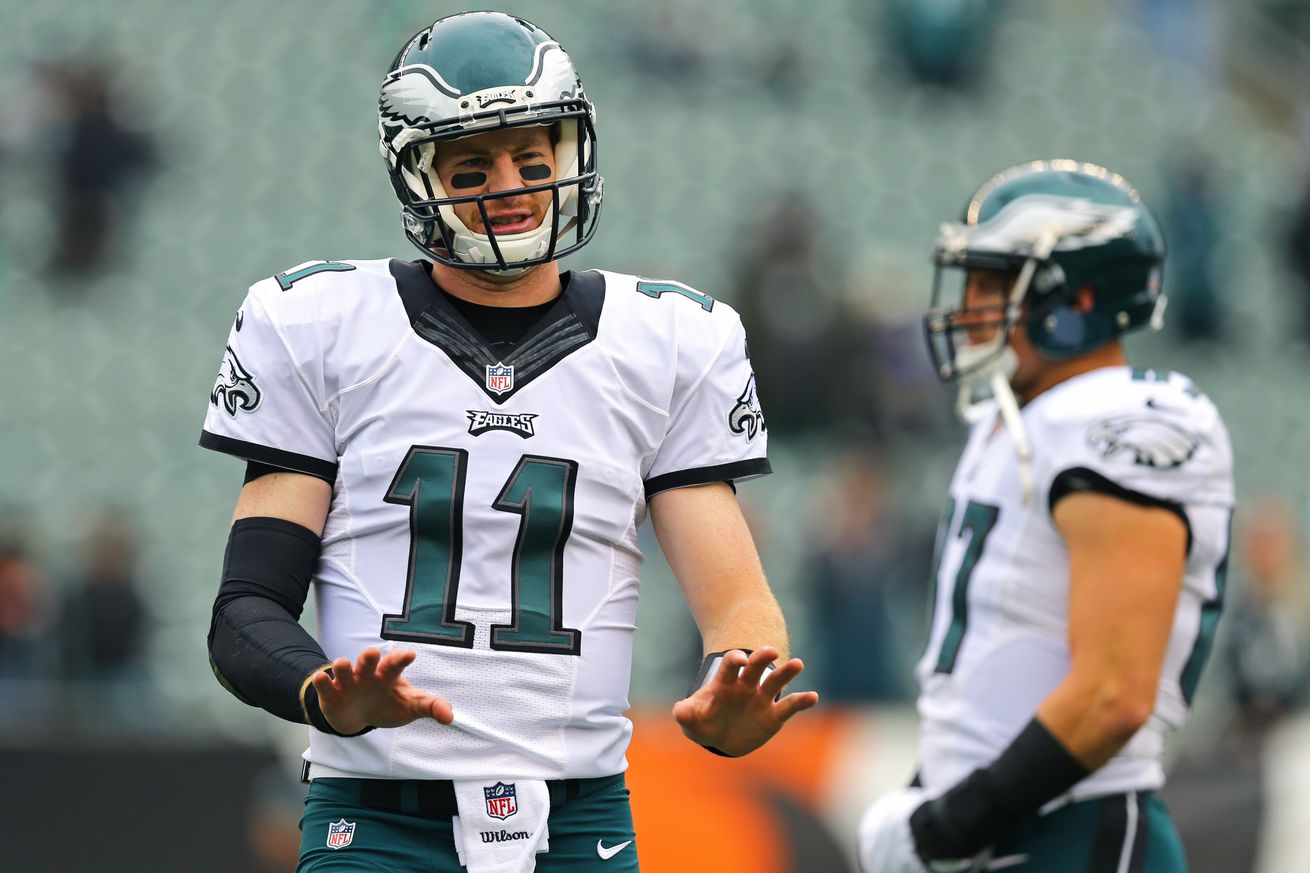 This is a weekly reminder to enjoy your local Rookie quarterback.

Carson Wentz threw another interception on Sunday. It came in the first quarter, as five of his 12 interceptions this season have, and it wasn’t a very good throw. It may have been a result of miscommunication between Wentz and Zach Ertz, as the rookie quarterback said he believed it was after the game. It still wasn’t a very good decision from Wentz.

And while he’s starting to show some cracks in the facade over the past few weeks, Wentz has still been pretty efficient this season. He’s only thrown 12 interceptions this season on 498 pass attempts. Percentage-wise, just 2.409% of Wentz’s throws this season have gone to the other team.

I wanted to try and figure out just how solid a number that was, so I first wrote down each of the starting quarterbacks in the NFL. Then I scrubbed Bryce Petty and Jared Goff from the list, because they clearly weren’t going to help things.

My plan was to figure out how each of the other 27 starting quarterbacks in the league — not Wentz, of course, and not those two very bad football players — fared in their first year as a team’s starter. My requirement for that designation was at least 10 starts in a season.

Let’s take a look at the eight who had better numbers:

Not bad. There are a few quarterbacks on that list who are better than Carson Wentz currently is (Carr, Rivers, and Prescott) and a few who aren’t (Griffin III, Kaepernick, Siemian).

What’s also interesting is to look at how efficient Wentz has been considering the volume he’s being asked to produce at as a rookie. I took note of how many pass attempts each quarterback took during that first season as a starter. Wentz’s current pace (38.3 attempts per game) was higher than all but one quarterback. Take a guess?

Andrew Luck, who threw 627 passes as a rookie in 16 games. Wentz, if he stays healthy for three more weeks, is on pace to throw 612 passes.

So, if you’ve found yourself watching Wentz’s interceptions recently and thinking, ‘Boy, those could be a problem,’ you’re not necessarily wrong, but you should definitely take them with a grain of salt. Every quarterback throws interceptions. As far as Wentz is concerned? He’s not even throwing all that many.

10 Tips for Better Finance Management in Your Company

The Difference between a Good and Bad Email Signature