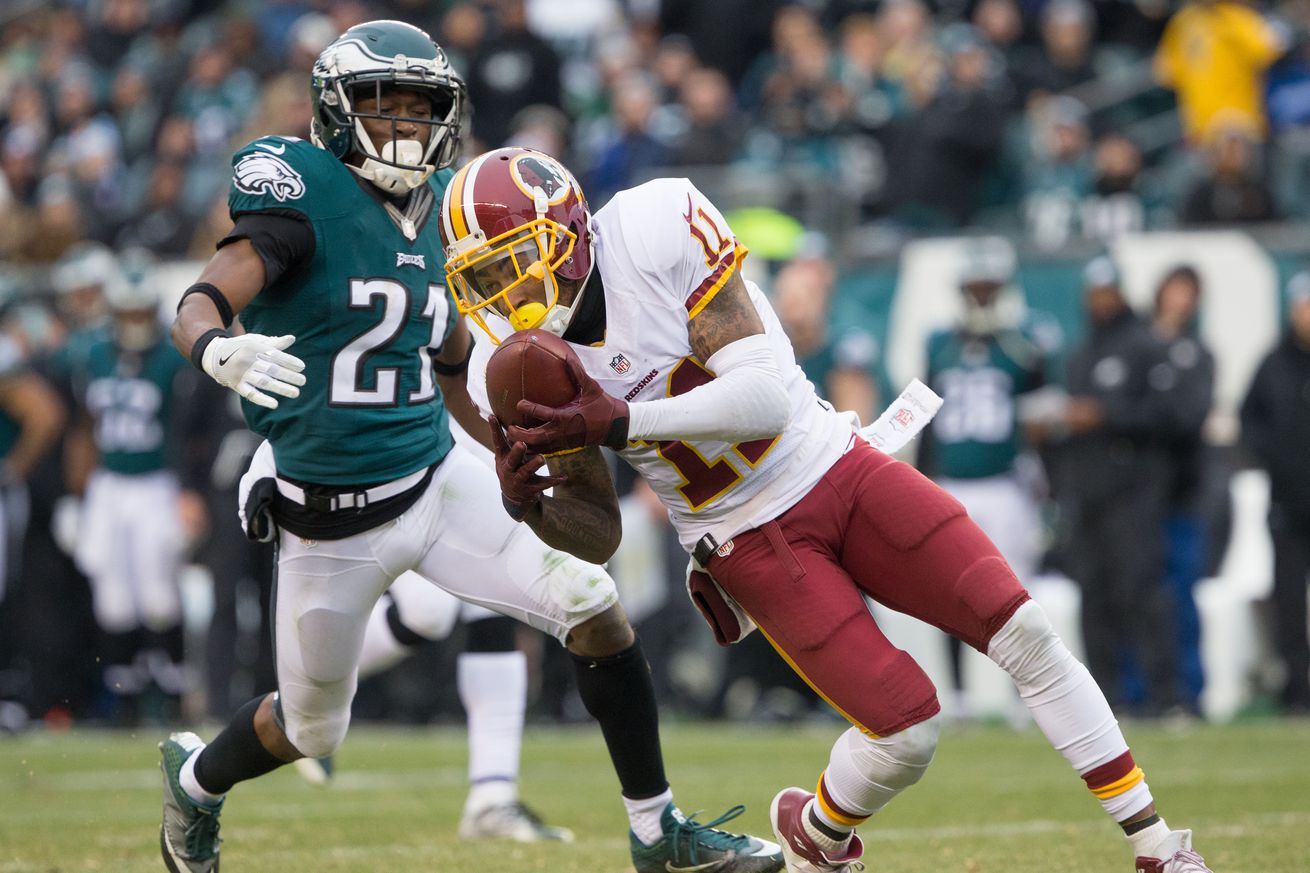 The Eagles lost. Here’s what we saw:

Carson Wentz showed a whole lot of good stuff on Sunday afternoon. His first-quarter interception aside, boy did the rookie look good. He made a number of solid throws under pressure, laced a few to wide receivers that didn’t count but should’ve, and made some plays with his feet which showcased just why the Eagles were right to invest their future in the 23-year-old.

Also, Zach Ertz reminded us that he’s the world’s biggest holiday season fan, while Trey Burton made the case for more snaps with seven catches for 65 yards. When Burton and Ertz can contribute like they did on Sunday, the Eagles can *almost* ignore the fact that they have basically nothing good going on at outside wide receiver.

And, considering how many injuries the offensive line has suffered — including losing Allen Barbre mid-game on Sunday — the pass protection, while allowing three sacks, could have been a whole lot worse.

It was a sort of clunky day, but with enough positive stuff to make you feel good about the future.

Considering the fact that the Eagles were operating behind an offensive line which essentially consisted of three water bottles and two tires, and they lost two of their three available running backs during the game, finishing the day with 26carries for 95 yards isn’t too shabby. Ryan Mathews had a sturdy return on the ground, running 15 times for 60 yards.

That’s the most frustrating part of watching Ryan Mathews: he’s been very effective when he’s actually able to play. He runs strong, and tends to break tackles with some frequency. If he could ever be a reliable entity in this league, he could be a good-not-great RB1 for a handful of teams.

And, as we discussed in the pass offense section, considering all the holes in the offensive line? The run blocking on Sunday was about as solid as one could’ve hoped.

Leodis McKelvin had an up-and-down day. Was he burnt for 80 yards by DeSean Jackson? Yes, he was. He also returned an interception for six points and played an otherwise rock-solid game against an offense which has thrown the ball with little resistance this season. In the short-term, it was easy to criticize McKelvin after that touchdown, but he was instrumental in the Eagles’ defense holding Kirk Cousins to 14 completions.

At this point, the Eagles’ secondary is a known commodity: it’s not very good. Improvements need to be made at cornerback this offseason if the team wants to be competitive next season, and beyond. But for their personnel, and for what we’d seen the last time these two teams faced off? Not nearly as bad as it could’ve been.

The last time these two teams met, Washington ran 33 times for 230 yards and generally embarrassed the Eagles’ defensive line. They gashed them over and over: up the middle, on the outside, and everywhere in between.

Sunday, things were different. In a much tighter game, the Eagles kept Washington very much in check on the ground, A 22-yard touchdown run aside, the Eagles didn’t allow Robert Kelley or Chris Thompson to generate much of a rhythm.

That is, until the touchdown run with under two minutes to go which gave Washington a five-point lead very, very late in the game. A brutal time for the Eagles' run defense to lose their contain.

However, for the majority of the game, to see Fletcher Cox & Co. bounce back with such aplomb after a brutal showing against Cincinnati has to be reassuring for both Doug Pederson and Jim Schwartz.