The Eagles-Giants rivalry is lame 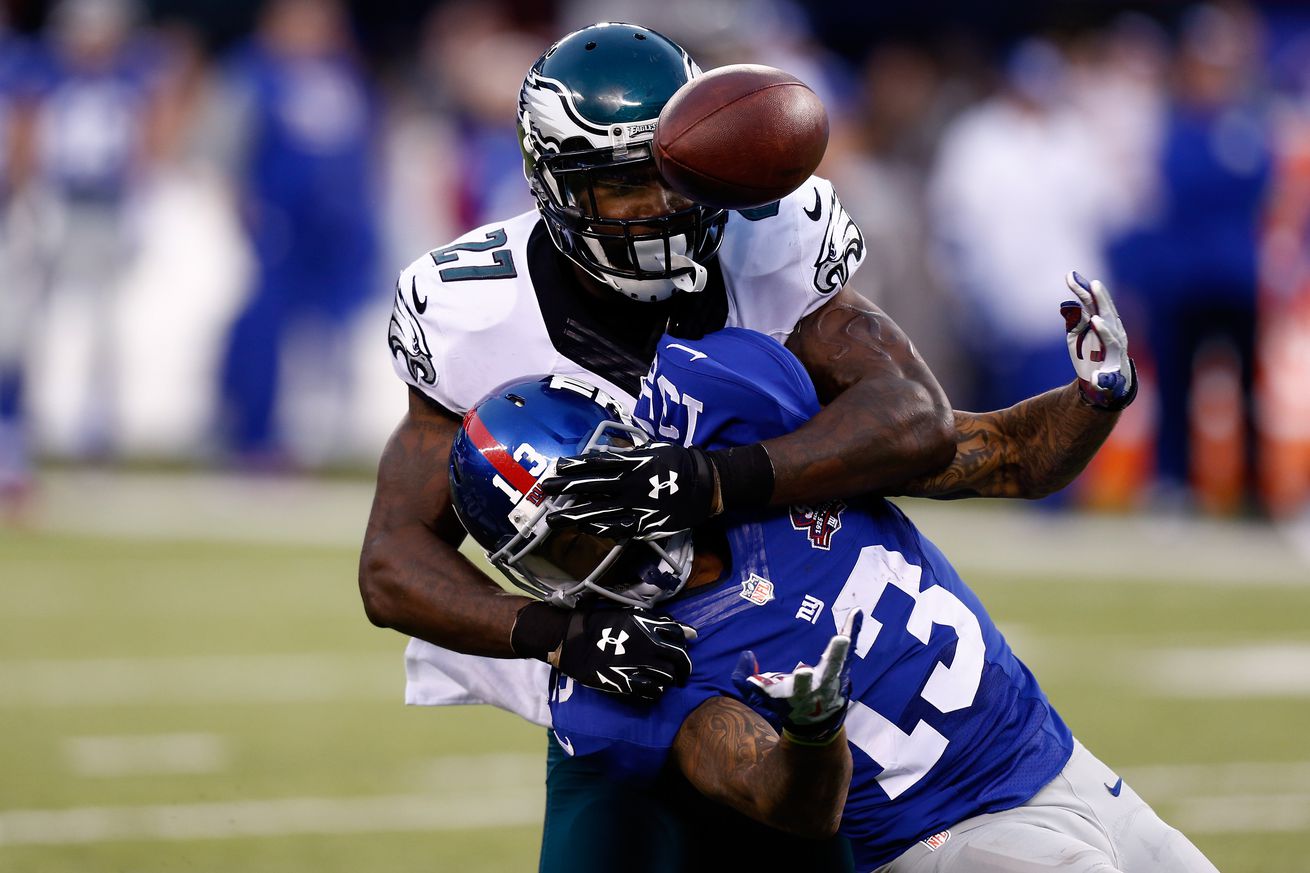 “A war is when *two* armies are fighting” - Bill Hicks

Wednesday night is “Rivalry Night” for NBCSN’s NHL coverage. Usually they’re pretty good games because the league schedules good games for their national broadcaster to air. But they’re not really rivalries. Case in point, this week’s was the Red Wings at the Flyers. That’s not a rivalry. The teams aren’t division rivals, a game against the Hurricanes is more important to the Flyers. There’s no bad blood between Philly and Detroit, they haven’t beat each other up in the playoffs over the years. And as NBCSN pointed out, the Red Wings haven’t won in Philly in nearly 20 years.

It’s kind of like the Eagles-Giants “rivalry.” They play each other twice a year, but other than that, where’s the juice? Eli Manning is 9-15 against the Eagles. Andy Reid went 2-2 against the Giants in his last two disastrous seasons. The Birds went 5-1 in the Chip Kelly era (we’ll consider Pat Shurmur’s one game as interim head coach as part of that), the only defeat coming when Matt Barkley had to play, which is an automatic loss.

What game do Giants fans look back on and really celebrate getting one over on the Eagles? I honestly can not think of one. Maybe the 2000 playoff game, but the Giants were the 1 seed and had already beaten the Eagles 33-18 and 24-7 earlier in the season en route to being the also-rans for the 2000 Ravens season. It’s not a game Giants fans taunt Eagles fans with or that Eagles fans get irrationally angry about. Nothing in that game remotely comes close to the NFL lore of the Miracles or the iconic image of an iconic player. 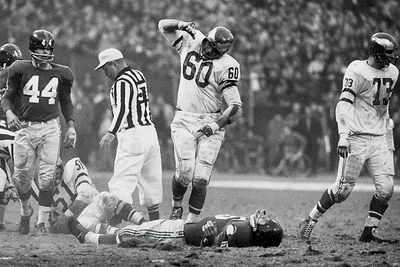 Nor is it the last time they faced each other in the playoffs, the Eagles won the last postseason match up in 2008, so Eagles fans have bragging rights there. And they won it on a last second field goal. That’s got more staying power: a heart breaking end is always a good lore entry.

The Giants can’t even get themselves hyped up for this rivalry properly, in 2014 they stomped on the Eagles logo before kickoff, then the game started and they got shut out. Nor can they win off the field. Ever hear of the movie The Big Fan? Didn’t think so. But everyone knows Silver Linings Playbook.

This isn’t a rivalry, it’s a game the Eagles have to play because it’s on the schedule. It’s like when the Flyers play the Hurricanes.

Josh Huff’s release two days after his arrest on multiple charges is naturally the story of the week. It’s hard to fault the Eagles much for releasing him, but they could have handled it a little better. Doug Pederson probably shouldn’t have laid on the father figure so heavily during his Wednesday press conference, but the good cop/bad cop routine worked pretty well for the Eagles under Andy Reid, who’s leadership and success they’re trying to replicate. Instead he looked more like the corrupt cop/Officer Krupke routine Chip Kelly had. In fairness to Pederson, there’s not much of a playbook written on how to handle a situation like this, they usually happen in the offseason. You don’t want to rush to conclusions, but once it reaches a tipping point, you have to act quickly.

2 The Giants handing of Josh Brown situation was disgraceful

Meanwhile, the Giants handling of Josh Brown was a case study in what not to do. They—and the league—knew Brown had been arrested and had beat his wife multiple times when they re-signed him this spring, and said they would only release him for football reasons. The painted themselves into a corner. The Giants should have never brought back Brown, but since he was coming off a Pro Bowl season they felt they had to. They should have immediately released him when the stories came out, but instead they turned it into a months long situation by not doing so. Now they deservedly look like absolute fools for dragging it out. They had no one to blame but themselves.

From start to finish an embarrassing handling of an awful situation.

The Giants and Eagles have more than just off field problems in common. They both have a coach the Eagles wanted to hire. What if Ben Mcadoo was the Eagles coach? It seems each month a case is made that the Eagles got lucky he took the Giants offer.

Head Coach Ben McAdoo: We have to end the game with the lead. #NYGCombine

#NYG Ben McAdoo in Jan. with @newyorkpost - What won't you tolerate as head coach? "Domestic Violence is something we're cracking down on"

Ben McAdoo on Odell: "he needs to control his emotions better"

Have fun with this, analytics crowd. Ben McAdoo on @Giants' measly sack total: "Stats are for losers."

Oh yeah and he was hired almost completely on the strength of getting the most productive back to back seasons of Eli Manning’s career (who both can thank to Odell Beckham, Jr.). So far this season, Manning has regressed. His over 2:1 TD:INT ratio is now worse than his career 3:2 ratio, and it’s not because he’s back to being a turnover machine: his TD% has been nearly cut in half, which is a big reason why the Giants offense is one of the worst scoring offenses in the league. Another one is that Beckham’s production has consistently dropped every year.

It’s not like he’s been less productive because the rest of his team is picking up the slack, the Giants are still the same one WR no TE, no RB offense they’ve been his whole career. Teams are just finding ways to make Manning to Beckham less effective, and McAdoo hasn’t been able to counter.

4 Bennie Logan’s injury is not good, but it’s also good

Full disclosure: I love me some Bennie Logan. He was underrated prior to this year, when he was as key of a cog in an equally underrated Eagles defense as anyone not named Fletcher Cox was. I hope he’s on the Eagles for his whole career.

But the NFL is a salary cap league and it’s a harsh reality that sometimes you have to let a good player walk to be able to retain or bring in other good players. The Eagles have a lot of holes to patch and they may have to make a decision on whether to keep Logan or let him walk and spend the money elsewhere. Logan’s absence was felt in the Redskins game, when he left the Redskins ran all over the Eagles. But over the next two weeks, with time to prepare for his loss, the Eagles run defense was solid.

So it’s nice to know that if the Eagles have to let Logan walk, they can survive without him. On the other hand, the more time Logan misses, the harder it will be for him to find a contract that causes the Eagles to say no. So maybe this injury is actually good for the long run?

Just got ESPN the Mag with Dak on the cover in the mail & know right where to put it. pic.twitter.com/nymRT4PQnn

The Eagles-Giants rivalry is lame