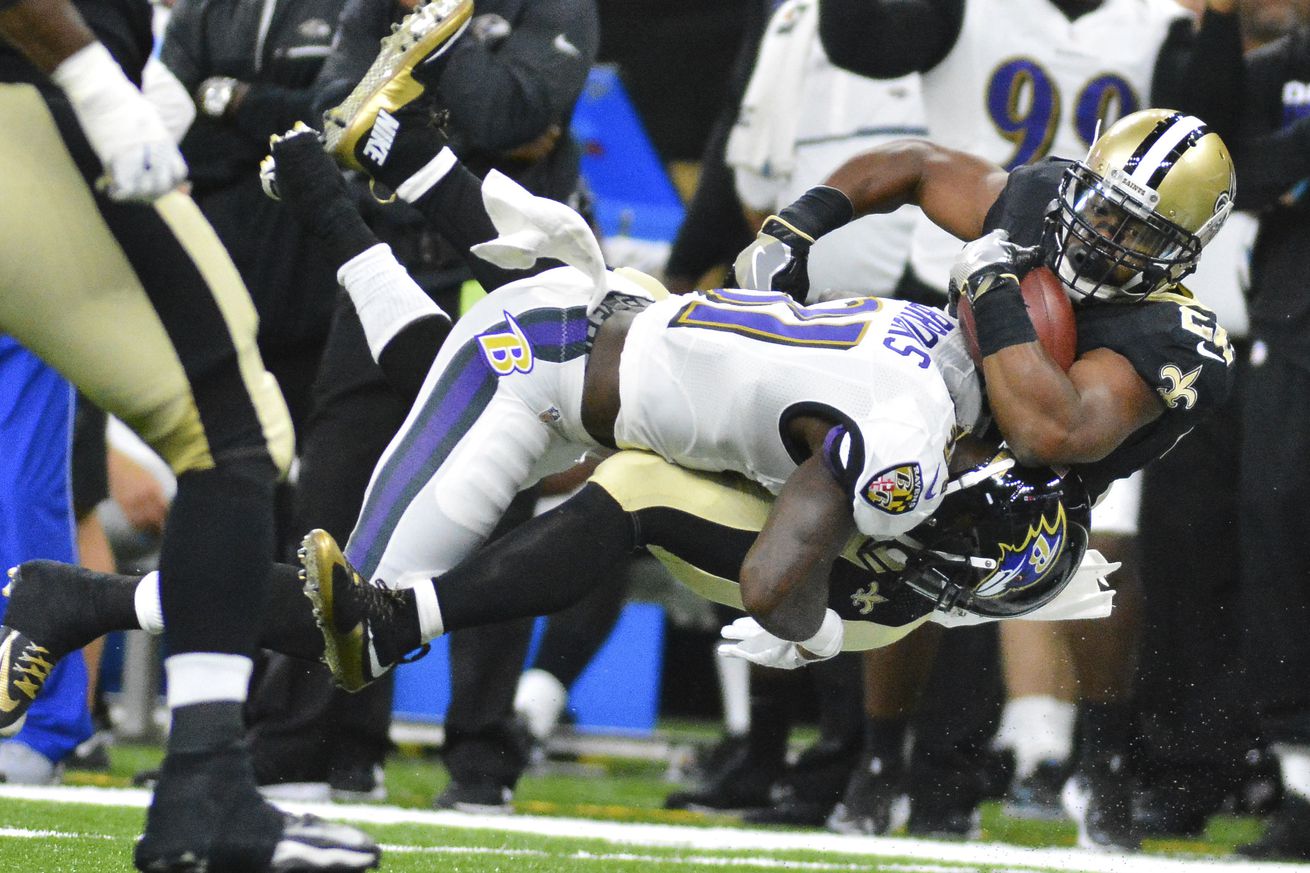 The Eagles added three new faces through waiver claims with an intriguing mix of player types. Since regaining the reigns of the Eagles, Howie Roseman has not been afraid to churn the bottom and top of his roster, and the waiver claims were no different.

Brooks is the most notable of the claims due to being a 3rd round pick for the Ravens in 2014. Drafted out of Florida State, he was seen as an athletic, rangy defender comfortable playing both deep and in the box, but as an inconsistent tackler and lacking as a play maker. Through two years in the NFL, the book on Brooks hasn't changed much.

In 2014 he played in 21.5% of Ravens defensive snaps as part of the Ravens rotation at safety along with Will Hill and Kendrick Lewis and seeing some time as the slot corner. He appeared in 11 games before his season ended with a torn ACL and MCL. Brooks had an up and down season that reflected his pre-draft evaluations. He was an active player who struggled with ball skills, best illustrated by a highlight knockout hit of Delanie Walker and then in the next game being benched after giving up a touchdown to Marques Colston.

In 2015, he appeared in 12 games but played just 67 defensive snaps as he fell out of favor with the coaching staff. Brooks' release was seen as a bit of a surprise by those who cover the Ravens, but considering that he played the full game in both of the Raven's last two preseason games, the writing was on the wall.

The Eagles have one of the best safety duos in Malcolm Jenkins and Rodney McLeod, but were looking to bolster their depth even after signing Jenkins to an extension and McLeod in free agency. They drafted Blake Countess in the 6th round, but Countess was waived on Saturday and isn't even on the practice squad. Jaylen Watkins had a solid preseason, and all special teams everything Chris Maragos showed he can be a competent backup last year, so the Eagles can afford to be patient with Brooks, who like Jenkins and Watkins has experience and ability to play slot if needed. While he may not even dress to start the season, Brooks does bring experience on special teams, so he could see playing time quickly.

A 6th round selection by the Patriots in 2016 out of Eastern Illinois, Grugier-Hill played a hybrid safety/linebacker role and was First Team All-Ohio Valley Conference in 2014 and 2015. He was not invited to the Combine but had he been, would have been a star if his pro day numbers held up. He ran a 4.45 40, which would have been the top 40 time at the Combine for linebackers and 9th best for defensive backs, posted a 38.5" vertical jump, which would have placed 3rd among LBs and 7th among DBs, and a 10'9" broad jump, 3rd for LBs and 5th for DBs. In Patriots camp he was a core special teams player, his release was seen as a surprise. The Patriots likely would have signed him to their practice squad had he cleared waivers.

Under Chip Kelly the Eagles had a huge commitment to special teams, which paid of most notably with big contributions to wins against the Rams in 2014 and Patriots in 2015. The team's level of commitment to special teams under Doug Pederson was an area to watch. Adding Grugier-Hill gives the team a interesting athlete to try to mold for the long term, as the league is starting to use hybrid safety/linebackers that have grown in usage in college with the explosion of spread offenses. Grugier-Hill's experience in the role and athletic traits are as good of a base to build from as can be expected for a player who was acquired for nothing. In the short term he appears to give the team another quality special teamer. He may see action right away, possibly taking on some of Trey Burton's special teams roles as the coaching staff looks to use Burton on offense this year and may want to limit his special teams action to avoid added wear and tear.

Treggs is a undrafted free agent out of the University of California who the Eagles got long looks at while scouting Jared Goff. After seeing limited action in his freshman year in 2012, he caught 77 passes for just 751 yards for a paltry 9.8 yards per reception while playing on the outside in his sophomore season. In 2014 he moved to the slot and caught 52 passes for 583 yards and 6 touchdowns, modestly improving his yards per reception to 11.2. In his senior season he had just 45 receptions, but for a staggering 956 yards and 7 touchdowns, leading the PAC-12 in yards per reception with 21.2. Treggs did not participate in the Combine but at his pro day ran a 40 yard dash that was reported as either a 4.39 or a 4.31. At the Combine, a 4.39 would have been the 2nd best result among WRs. During his time at Cal he was seen as one of the leaders of the team, establishing himself during Cal's coaching change from Jeff Tedford to Sonny Dykes after his freshman year. The Eagles will have some familiarity to Treggs, during his time with the 49ers he studied the work of Jordan Matthews to get a better understanding of what Chip Kelly wanted from his slot receivers.

Treggs missed the final two preseason games after suffering an MCL sprain in the 49ers second game. Prior to being hurt, Treggs struggled with consistency but showed speed.

In the off-season the Eagles brought in speedsters Chris Givens and TJ Graham to add a deep threat dimension to a receiving core that lacks a "take the top off the defense" explosiveness. Neither stuck around. Dorial Green-Beckham was later added and brings speed, but not like Tregg does. Treggs will likely be inactive to start the season as learns the playbook, but with Carson Wentz looking to take shots down the field, he'll at least get his opportunities to impress in practice and earn a spot on the active roster.

Ultimately none of these additions may amount to anything, and not simply because by their nature players put on waivers are usually not quality NFL players. Brooks failed to make a Ravens team that has had constant fluidity at safety since Ed Reed left, akin to the Eagles after Brian Dawkins left. Hill-Grugier has impressive athleticism, but Patriots late round picks in recent years have failed to materialize into anything for anyone. And Treggs couldn't make one of the worst WR depth charts in the league. But all three have clear roles they can eventually fill and potential to grow on a team that is lacking for depth.