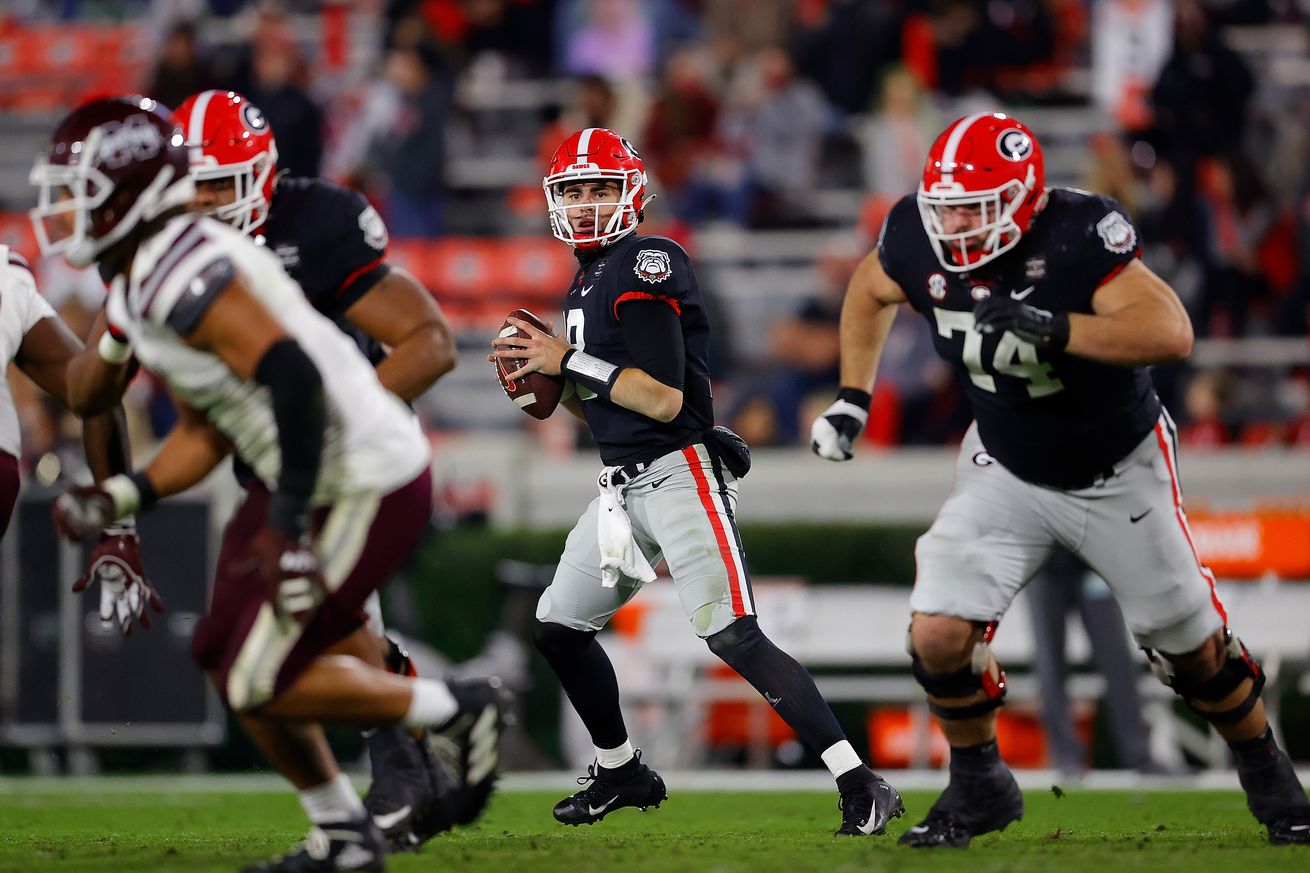 It was a torturous affair. The Georgia defense, depleted by injuries and facing a novel Air Raid attack for the first time, gave up yards in bucketfuls. Georgia was playing a 2-4 team with 49 scholarship players on the sideline and dang near managed to lose to them.

8 Ways To Turn Your Home Into Cash
Career of SQL Developers in the World…
Fields End Water caravan park
A new month, a new outlook – Parts 1 …

So why do I feel so good?

JT Daniels made the most of his first start in the Red and Black, completing 28 of 38 passes for 401 yards, 4 touchdowns, and 0 turnovers. It was the first 400 yard passing game by a UGA quarterback since Aaron Murray hit that mark in a 2013 game of which we do not speak.

There will certainly be some discussion surrounding the Bulldogs’ putrid effort on the ground. And it certainly was bad. The 8 rushing yards were Georgia’s fewest in the Kirby Smart era. I haven’t actually looked that up, but I can’t remember anything like it. To some extent, especially early, Mississippi State was selling out to stop the run and daring Daniels to throw it. And Daniels did take 21 yards of sack yardage (not that 29 rushing yards would have been a lot better).

But I don’t think what we saw tonight was a team systemically unable to run it. We saw a team that struggled to run the ball early then realized they didn’t really need to. I’m not an ideological purist. I don’t care how we score, I just want us to score more than the other team. Georgia will likely return to running the ball with at least mediocrity against South Carolina. Part of that is the law of averages. Part of it is the breaking news that you cannot give JT Daniels time to throw deep against man coverage.

The defense is another story. It was pretty clear from the get-go that Georgia planned to drop into zone and force freshman Will Rogers to make mistakes. To his credit, he only made a couple and Georgia dropped both of them. There are no excuses for failing to capitalize on that.

It was also pretty clear that Georgia defensive staff wanted to keep the Mississippi State receivers in front of them and create third down situations. They did not count on Rogers hitting his receivers as well as he did on checkdowns, nor on those receivers catching everything thrown their way. It’s devilishly hard to stop the Air Raid when it’s executed well, and Mike Leach’s team executed it as well as they have since week one. As with the rushing totals, I don’t expect it to be repeated next week.

I’d also note that the Maroons scored on their first possession of the third quarter then finished the game with three punts and a turnover on downs. The Athenians adjusted by bringing one more man (shoutout to the guy who mixes drinks and told them to bring four) and snatched the momentum when it mattered most. That shouldn’t have been necessary, but for a defense that was once again without it’s vocal leader in the secondary and key pieces on the defensive line, it frankly could have been worse.

Look, if you want to find things to moan about from this game you’re more than welcome. For my part, tonight I saw real momentum at the one position which has felt like it was holding this team back, and some annoying setbacks in areas I’m not terribly worried about on a rolling basis. The stuff that went badly tonight is mostly fixable. But I went into this game thinking that Georgia’s quarterback situation might in fact be hopeless. That’s clearly not the case.

JT Daniels is going to have worse games than he did tonight. He’s going to throw some interceptions if we keep allowing him to throw those 50/50 balls downfield. His mobility isn’t fantastic and there were a couple of times I sort of thought he was limping on that surgically reconstructed knee on the sideline.

Georgia has stuff to fix. But it has a quarterback it can build around while doing that, which is something we’ve learned isn’t negotiable if you want to win in college football today. Tonight wasn’t up to the standards we’ve come to expect from Bulldog football, but you can sort of see there from here. It’s a start. Until later...

Career of SQL Developers in the World of Machine Learning