Wednesday Dawg Bites will be a game-time decision 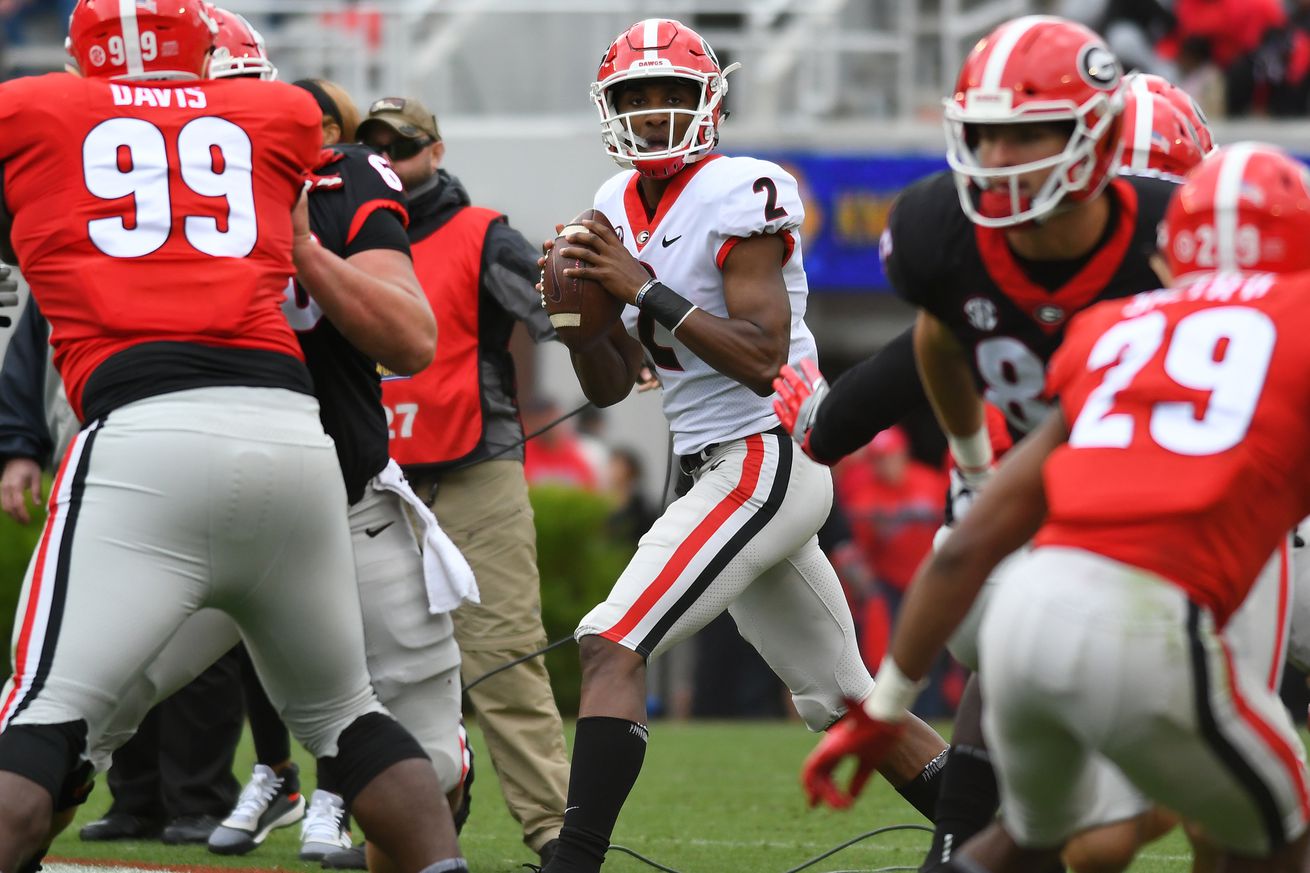 It’s no shock, but if became official on Tuesday that Saturdays in Athens will be markedly different in another way with on-campus tailgating being prohibited.

You can still kind of tailgate, as gatherings are permitted near the rear of vehicle (the tailgate?) with those you travel to campus with.

It’s a noble endeavor to curtain tailgating...thoughts and the prayers to the poor folks having to enforce it.

Depending on what tea leaves you are reading, Carson Beck will start at quarterback against Arkansas. Or it could be JT Daniel. Or D’Swan Mathis. Or even Stetson Bennett.

As per usual under Kirby Smart, everyone will know where he wants them to. Honestly, I think the top Dawg enjoys the preseason clamoring.

Four-star outside linebacker Elijah Jeudy backed off his commitment to Georgia via Twitter on Tuesday. He will now announce his decision on signing day. He’s Georgia’s third to back off his pledge, although one of them, Marlin Dean has since recommitted.

Think back to the mid 2000s. Who’d have thought that a UGA athlete other than David Pollack would be more revered in a TV role? Maria Taylor continues to change that.

Well Danny Dearest if you would like to continue making sexist comments about me...please bring your misogyny with you to the NBA Countdown double header I’ll be hosting tomorrow night. Hey ladies remember you can wear whatever you feel confident in! @670TheScore @DannyMac670 https://t.co/bN0H582isU

UGA continues to put more than words to to its student-athlete activism with the Dawgs For Pups program.

We are close to covering all families in Athens Clarke County in need for the fall semester! Please consider giving: https://t.co/mHikrQwEWV https://t.co/be4aZJ9nco

Personally, this soundtrack will be on brand at SEC tailgates this season...even if you don’t call them tailgates.

Wednesday Dawg Bites will be a game-time decision