3 Things That Worry Me About Baylor 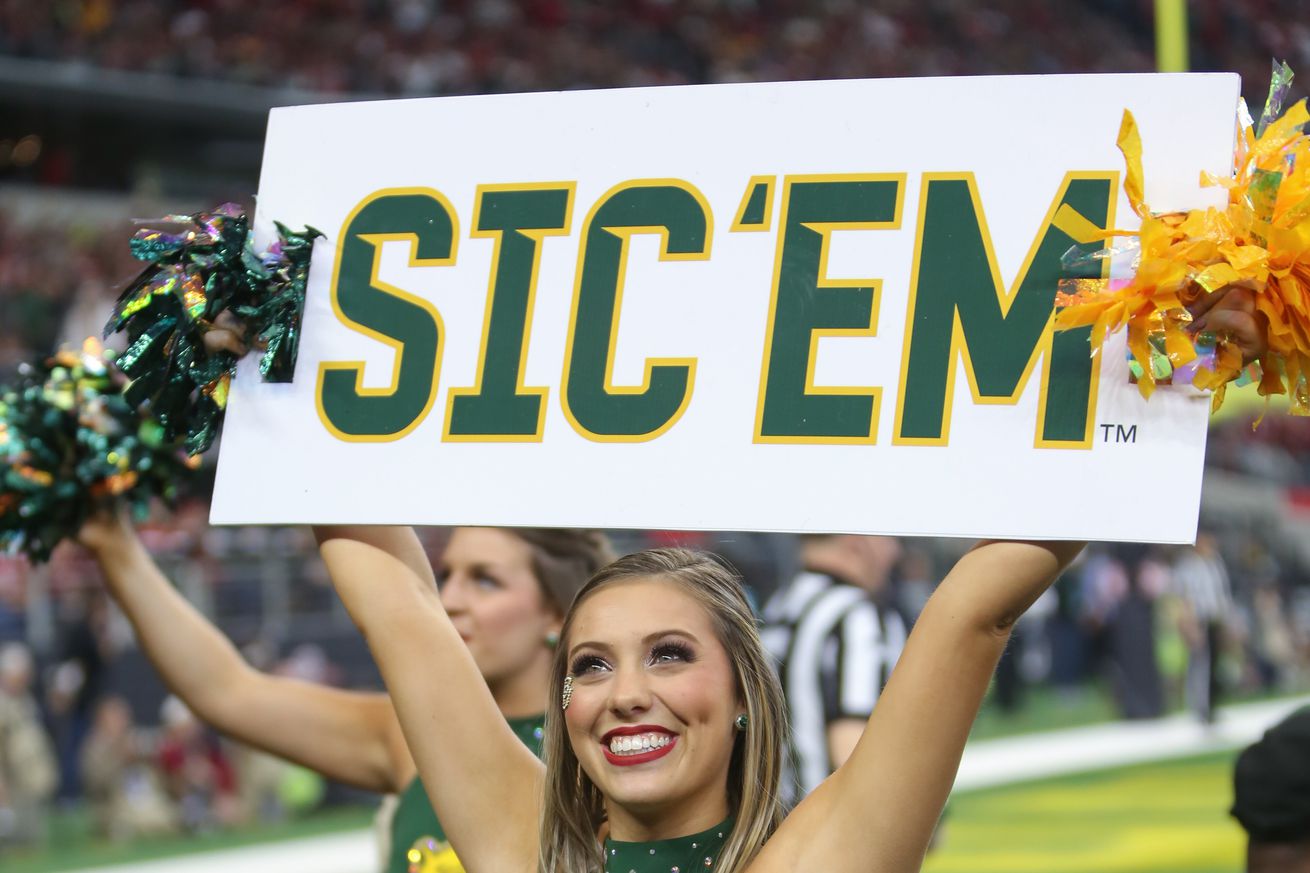 What in the ever-lovin’ hell is this??? That’s OUR line! | Photo by John Bunch/Icon Sportswire via Getty Images

A hotshot head coach lands a Big 12 gig in Texas, has a few years to bring in his recruits, changes the culture and leads the team to resurgent status, and faces the Georgia Bulldogs in the Sugar Bowl without our best players. What, me worry?

Here is what I’m NOT worried about for the 2020 Sugar Bowl:

1) Turnovers. Both teams do a good job securing the football, keeping it on offense, and getting the occasional gift from the opposing team. Baylor did have 1 game with 3 picks (sound familiar?), yet still escaped with a win over Texas Tech (okay, not familiar in the least). From the Georgia side, there’s been the SCAR and LSU games that interceptions hurt us, but otherwise I trust Fromm to make the safe throws. (Too safe? Let’s not go there just yet.)

2) The rushing game. Georgia should clearly have the advantage here, as Baylor doesn’t have a decisive star in the backfield. Both senior John Lovett (Acting!) and junior JaMycal Hasty split time, with 100 and 101 Rushing attempts respectively, and rushing yards of 637 and 614 yards respectively. Yes we’re missing Tyler Clark, but with the depth and rotation of players, our rushing D should be able to hold this Bear ground attack to a minimum.

And while we might be missing Swift, and will be missing Herrien, we do have horses in the stable. Plus, Baylor seems to be more susceptible to the run than the pass.

3) Who wants to be there? Listen, I dislike players sitting out of games, especially non-playoff games as much as you do. Maybe more (because I’m old). But I don’t begrudge the boys one bit. I totally get the business decisions they’re making. Sure, there are always a couple of Bulldogs whose draft status I question, or who I think might be reaching a bit, but I’m not an NFL Player Personnel evaluator so what do I know? I’ll root for all the Red & Black in New Orleans, and I’ll root for all the Red & Black come the NFL Draft. We had players declare their intentions early, and coupled with Kirby Smart’s experience last year, I think he will have the squad ready to go.

And I really, really, really hope Matt Rhule and his whole staff are distracted making arrangements to sell houses and move families to New Jersey, as Rhule’s agent is inking the contract to become the next coach of the NY Football Giants. That can’t hurt.

Now forgive me, as I was weaned at the nipple of Larry Munson’s scratch on AM radio, so here’s what I am worried about Wednesday night:

1) Quarterback runs. Late in the season, many fans lamented that Georgia QB Jake Fromm didn’t run more. And running a zone read play doesn’t fool the defense when your quarterback hands it off every blessed time. Guess what? We’re facing a running quarterback.

Bear Charlie Brewer has by far the most rushing attempts on the season of any Baylor runner, a good 30% more than their running back tandem. He WILL keep the ball on a zone read, he WILL scramble if the first or second read isn’t there when dropping back, and he WILL run scripted QB draws. 10 rushing touchdowns on the season should tell you all you need to know.

2) Denzel. Not the award winning actor, but the 6’3” senior wideout who will go against a depleted UGA secondary. Denzel Wims produces what we all thought we could get – about 4-5 catches a game, almost a thousand yards on the year, and 11 touchdowns. He went over 100 yards receiving 3 times this season, and is Brewer’s favorite target.

A former track star, Mims has deep vertical speed and a great burst. Many critics say he needs technical work on his route running, but he’s just a great athlete who will make his body do the necessary things to make the catch. And that works well enough in the collge game. I’m guessing we’ll see a lot of DJ Daniel, Lewis Cine, Tyrique Stevenson and Eric Stokes around Wims, and boys, you best be ready.

3) Strength against weakness. The current iteration of the Bears defense is a far cry from when Matt Rhule arrived 3 years ago. Phil Snow came along with Rhule and has served as the defensive coordinator each season and has made good strides. That first season, the Waco-ites ranked 111th in national total defense. Last season they scooched up to 85th. This season, facing wide-open Big 12 defenses, they’ve reined that in to a tidy 40th ranking. That is mostly due to a strong pass defense…. Awesome, just what we needed missing Blaylock and Cager.

Not only are they holding opponents, including Oklahoma twice, to an average of 215 yards through the air, but they also are disruptive in the pocket. Junior James Lynch is a game-wrecker on the defensive line. His 12.5 sacks and 13 QB hurries shows he knows how to both get upfield and get home. Are we missing important offensive linemen? Why yes, yes we are. Wilson, Thomas, and Cleveland will all be out. I don’t know what combo we’ll see trot out the most but I hope they have their eyes on #93 and account for him every play.

Call me crazy, just don’t call me late for dinner. Sound off in the comments below what worries you about the Sugar Bowl between the Bulldogs of Georgia and the Bears of Waco.

3 Things That Worry Me About Baylor