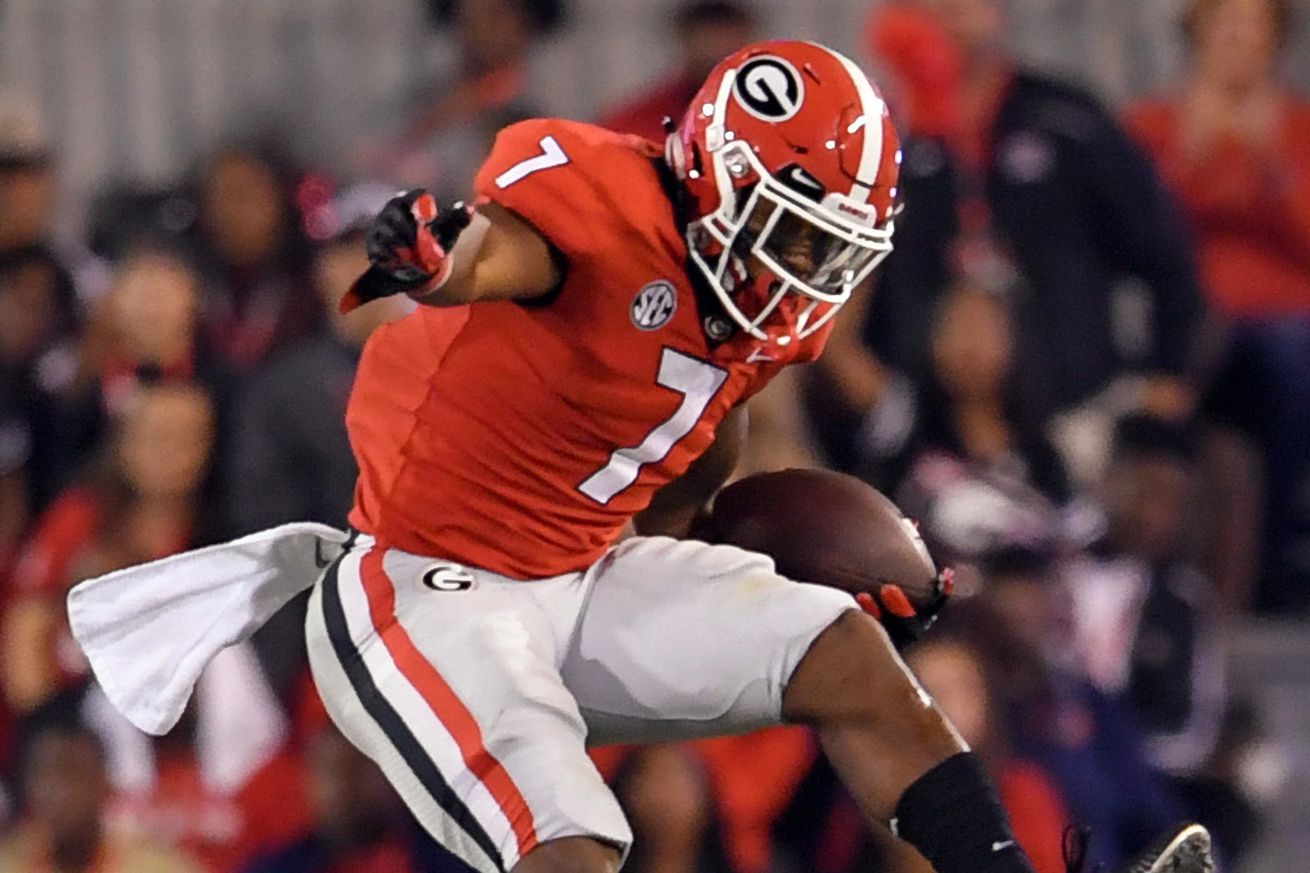 Vechain Blockchain Technology Powers …
How to Create a Winning Black Friday …
Coach Depression sent in the play, wh…
87 Ideas to Start a Side Hustle Busin…
Making a reusable produce bag using a…

The single best part of college football season is its total unpredictability. From one week to the next just about anything could happen. The goats become heroes and the heroes become goats. Some of the heoes become the G.O.A.T., at least until next year.

And while we here at Dawg Sports spilled a good bit of digital ink this summer previewing the 2017 Georgia Bulldogs in particular, we’re still pretty surprised by a lot of what we’ve seen. I personally wanted to take a quick moment to catalog the five biggest surprises of 2017 in Georgia football. They are . . .

5) Deandre Baker. Baker showed some flashes last year as a sophomore. But I don’t think anyone had him pegged as the team’s third leading tackler and the best shutdown cover guy on the team. The junior has gone from “I guess the best guy we’ve got, at least for now” to “possible 2018 preseason All-SEC candidate” in a month and a half.

4) D’Andre Swift. I don’t think anyone is surprised that the freshman tailback is in the rotation. But it is a little surprising that he’s got 358 yards rushing on 42 attempts, better than 8.5 yards per carry, and is rivaling Sony Michel for the title of biggest homerun threat in the running game. Add in 9 catches for 45 yards and a touchdown, and it’ easy to see why Bulldog coaches were so excited about Swift during camp.

He’ll be pushed in 2018 by Holyfield and Herrien for carries. And incoming freshman Zamir White may be the most talented of them all. But Swift gives Georgia a true gamebreaker at tailback even after Chubb and Michel start playing their football on Sundays.

3) Cameron Nizialek. You know, just an Ivy League graduate transfer moving to the SEC to lead the conference in net punting. That old chestnut. Through 7 games Nizialek has punted 26 times for an average of 43.69 yards per kick, which is both a) not a lot of punting, and b) a very nice average. But the real story is that only 5 of his kicks have actually been returned. And those have gone for an average of 1.8 yards per kick. Think about that: Georgia has given up a total of 9 yards in punt returns in 7 games. Less than 1.3 yards per game. I’m not sure how that’s even possible.

2) Jim Chaney. If I had run a poll in these parts on August 1, 2017 asking “will Jim Chaney still be employed as the UGA offensive coordinator on August 1, 2018?” I bet at least a third of respondents would have answered “no.” 2016 was not a great offensive year for the Red and Black and frankly some of that had to do with Chaney. What a difference execution makes.

From the flea flicker against Mississippi State to the ever-increasing role of Mecole Hardman, the UGA playcaller looks like a man who has figured it out. As if he spent all of 2016 absently fiddling with the parts of an IKEA bookshelf before realizing in a rush how it all fit together, then finished the job in ten minutes without any extra screws left over.

Georgia is currently #2 in the SEC in scoring offense at 37.6 points per game, despite breaking in a true freshman quarterback and multiple new starters on the offensive line along the way. That’s one spicy meatball.

1) Jake Fromm. Sorry to be predictable in a post about things that were hard to predict, but this one is just obvious to me. I know we were all aware of Fromm’s leadership abilities this summer. I watched the kid play three years of high school football basically in my back yard and was a big cheerleader.

But even I didn’t see him coming in on a moment’s notice to lead Georgia to victory in place of an injured Jacob Eason. And I dang sure didn’t see him going on the road to beat Notre Dame in South Bend in his first college start. And I don’t know that anyone expected him before the season to take hold of the QB1 spot and not relinquish it, making it ever more likely that Jacob Eason seriously considers a transfer out of Athens.

And no one on the face of the green, growing Earth had Jake Fromm tabbed as the leader in quarterback rating (170.42) among starting SEC quarterbacks. That is truly surreal stuff, yet here we are. College football, man. Gotta love it. Until later . . .