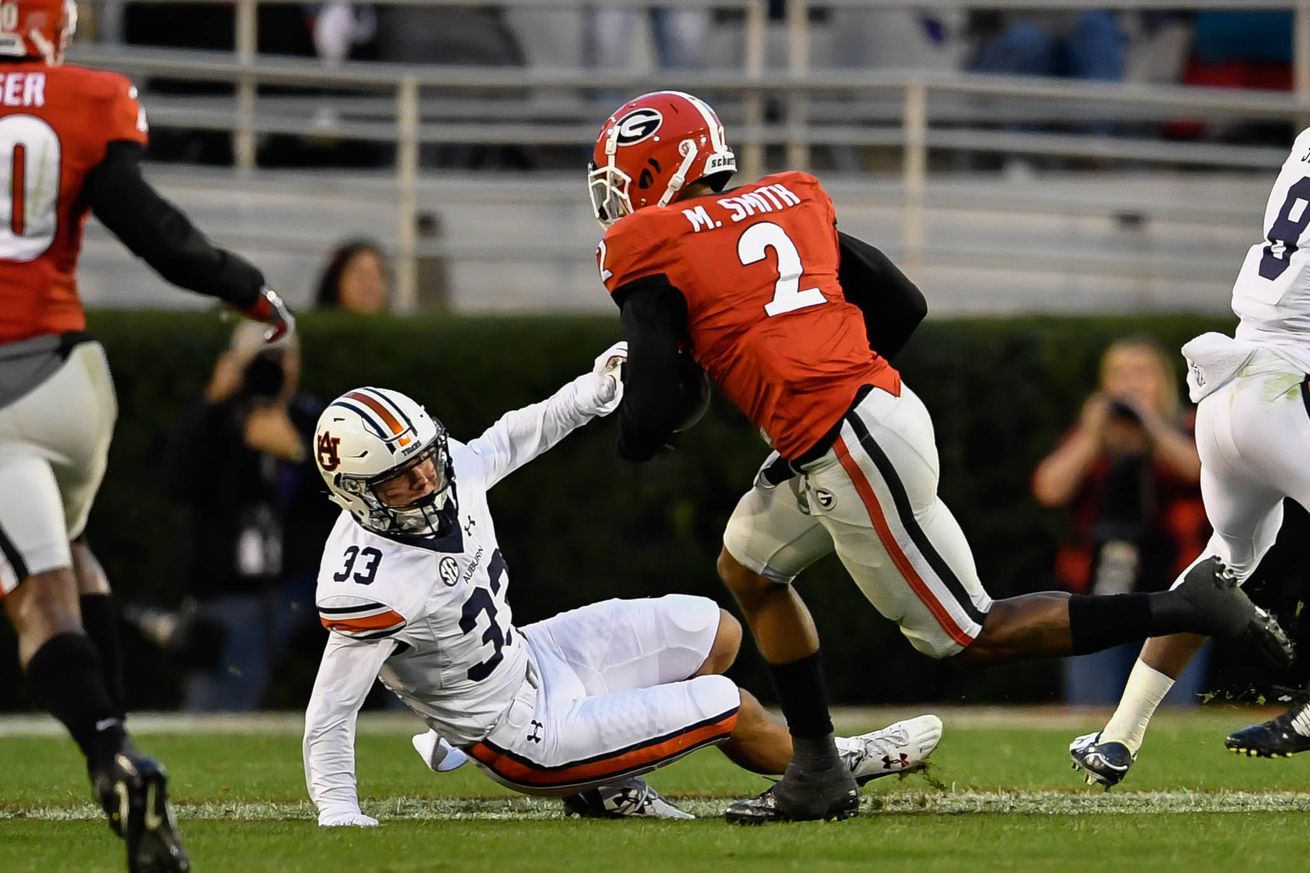 A quick look at the latest college football rankings, and a look ahead at the upcoming games.

The first signature win of the Kirby Smart era has occurred, as Georgia defeated Auburn 13-7 in the 120th meeting between the two rivals.

CBD 2020: What to Expect + Our Top Pr…
Tether’s Response to Baseless Complai…
Inside the Sky Residences at W Aspen …
How to Find Your Best Small Business …
OPINION - Shields and Brooks 9/6/2019

Georgia’s defense stood tall, as they didn’t allow Auburn to register a first down in the second half.  DB Maurice Smith returned an interception to the house for Georgia’s only touchdown of the game, and Rodrigo Blankenship continued his consistent play as he helped seal the win for the Dawgs with his two second half field goals.

Up next, Georgia welcomes Louisiana-Lafayette in a game the Dawgs could be wearing *gasp* black jerseys….

After a wild weekend, the Buckeyes find themselves in the second spot in the latest rankings.  Michigan’s loss hurts Ohio State, as they now no longer control their own destiny and need another Penn State loss.  I don’t think they are the second best team in the nation, and I don’t think we will be seeing them in the Playoff.

Losing to Pitt at home isn’t a good look, but Clemson should still be ranked ahead of Louisville because, well, they beat Louisville.  Unlike Ohio State, Clemson still controls its own destiny, as they just need to beat Wake Forest to make the ACC Championship Game.

This week, I think TCU is going to take down Oklahoma State in Fort Worth.