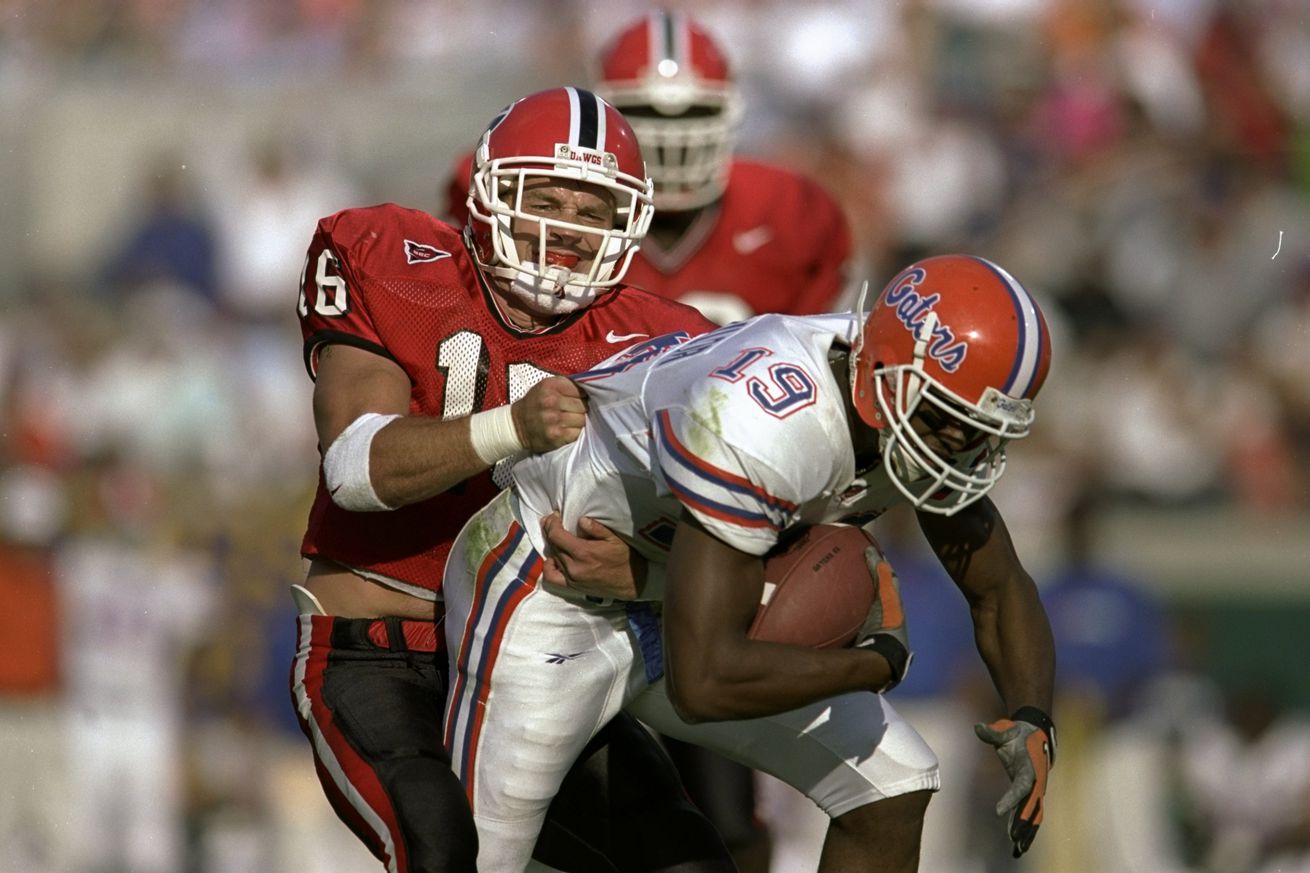 Welcome to one of the best weeks of every year, Halloween and the World's Largest Outdoor Cocktail Party.  Dave has his thoughts up.  And the suns are still burning.

Congratulations to former Diamond Dawg and current big league reliever Justin Grimm and his Chicago Cubs on making the World Series.  Game one will be Tuesday at 7 in Cleveland.

David Paschall reminds us that first year struggles are pretty much the norm for coaches, particularly not internal step up hires.  Sometimes second year struggles happen too.

Elsewhere around the country, Oklahoma and Texas Tech forgot to bring defenses to the game yesterday, and upset season is just beginning.

Around the conference, some teams looked really, really good, and some teams didn't look so good.  Gus reminded Arkansas what they let go, and Alabama continues one of the more remarkable and impressive streaks of my college football life.

Around the state, Mercer won.

In Gator news, Oakland Raider and former Jacksonville Jaguar head coach Jack Del Rio will be at the Cocktail Party Saturday to watch his son play QB.  But a few members of the Gator defensive front seven may be missing out this weekend.

Recruiting: When quality appears, it's easy to see.  And even in a child who doesn't have a driver's license yet, throws like these will get noticed.  If we could start getting some WRs to go with all these QBs that are now lying around all over the state....

So ladies and gentlemen, let the preparations for the biggest game of the Kirby Smart era so far begin!