Sunday Superlatives: The best of the Bulldogs 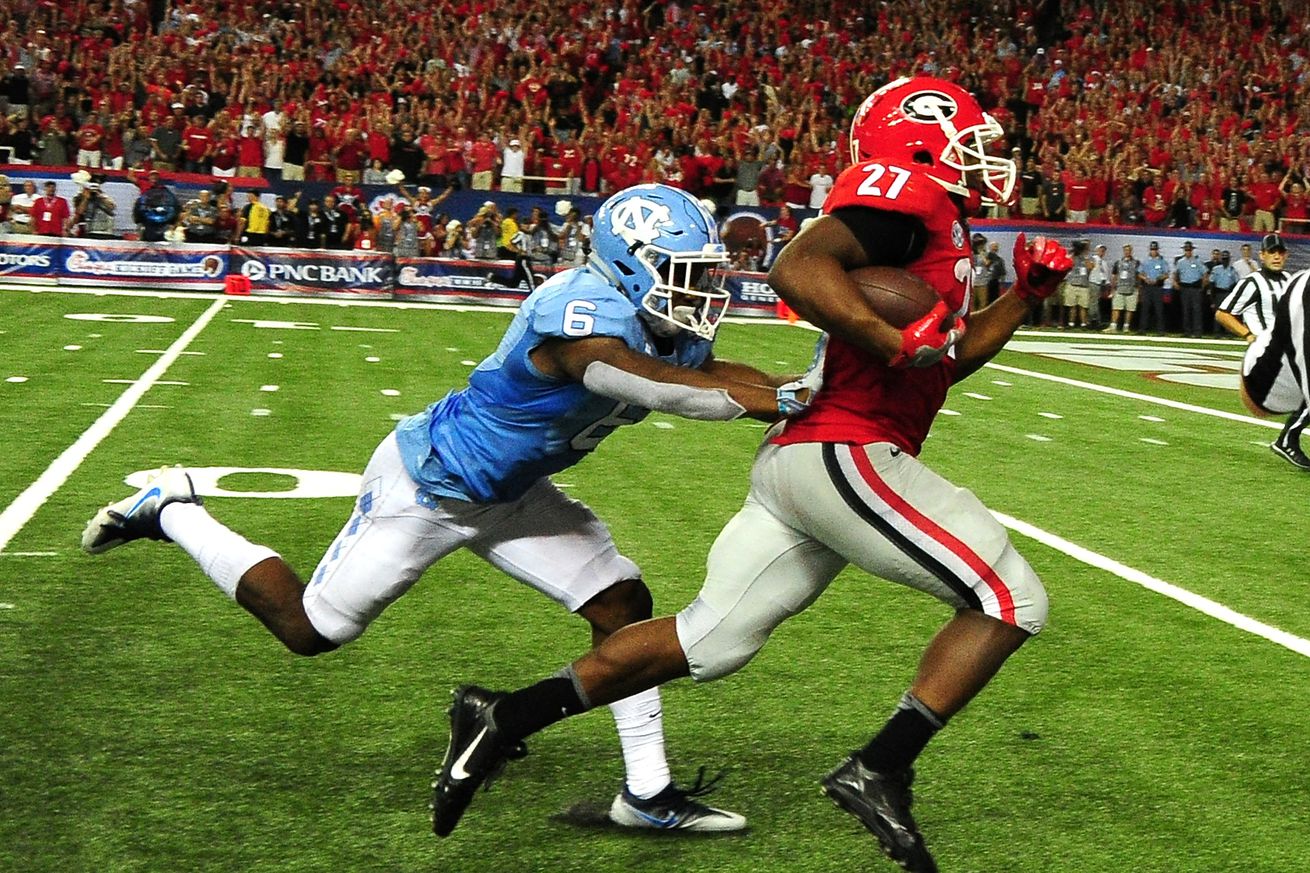 A lot of players and moments contributed to make Georgia's 33-24 win over North Carolina happen. We shout out all of them in the weekly Sunday Superlatives.

Offensive MVP: Not a lot of question here. It’s Nick Chubb, whose 32 carries for 222 yards and 2 touchdowns keyed the Bulldog attack. It was a bravura performance, especially less than a year removed from a complex knee surgery.

Defensive MVP: This one was tougher, but I'm going with Maurice Smith. The Alabama transfer had a couple of solid pass breakups and was part of a secondary unit that avoided giving up big plays to UNC’s high octane attack all night.

Play of the Day: It’s tempting to select the momentum-shifting third quarter safety. Or Chubb’s 55 yard touchdown jaunt to put this one away. I counted three tight ends on the Field and that makes me really happy all by itself. But I'm going with Jacob Eason’s 52 yard throw to Isaiah McKenzie in the third. Why? Well, it did set up the go-ahead field goal. But more than that it signaled a coming changing of the guard, and was the longest pass thrown by a Bulldog quarterback since Aaron Murray called Athens home. The simple fact is that Eason is capable of throws that Greyson Lambert and Hutson Mason before him just didn't have at their disposal. The ability to strike from anywhere on the field would be a nice thing to have back.

Low Blow: This one goes to the worst play of the game, and I think you have to go with T.J. Logan’s 95 yard kickoff return to start the second half. It was the worst thing the ‘Dawgs could have allowed to happen at the worst possible time. Needing a stop to regain momentum they instead gave up a go-ahead special teams score that showcased some pretty bad lane discipline and some poor attempts to tackle. Let's just forget that ever happened, shall we?

Fun fact: A number or factoid you may not have noticed, but should have. This week’s? Nick Chubb’s 222 yards were the second most of his career behind only the 266 he churned out against Louisville in the 2014 Belk Bowl. #ChubbForHeisman

Sunday Superlatives: The best of the Bulldogs