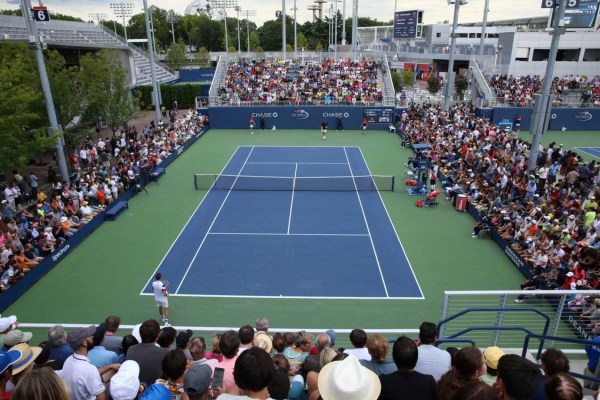 Five women (Nicole Gibbs, Allie Kiick, Danielle Lao, Claire Liu, Sachia Vickery) and three men (J.C. Aragone, Evan King, Tim Smyczek) qualified for the US Open Singles Main Draws with victories on Friday, giving the U.S. its most combined men’s and women’s qualifiers at the US Open since the women’s qualifying draw expanded from 64 to 128 in 1998.
That brings the total number of American women in the 2017 US Open Singles Main draw to 23, the most since it had 23 in 2005, and the 19 American men in the main draw is the most since 2012 (19). The 42 combined men and women in the singles main draw is the most since 2004 (45).
The US Open Qualifying Tournament, which features 128 men and 128 women competing for 16 spots each in the singles main draws, drew 41,612 fans coming to the USTA Billie Jean King National Tennis Center Tuesday through Friday.